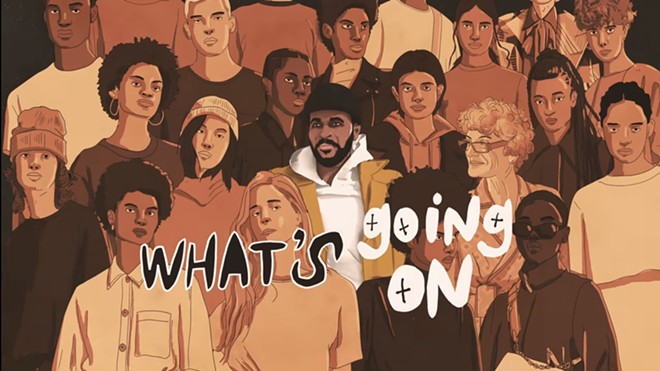 This month marks the 50th anniversary of the release of Marvin Gaye’s timeless soul classic What’s Going On.

To mark the anniversary, Motown has released a new lyric video for the title track, featuring the art of animator Tim Fox. Motown also released eight brand-new pseudo-videos for the rest of the tracks on the album, each animated by a different artist.

Motown founder Berry Gordy initially hated the title track, “What’s Going On,” and refused to release it, calling it “the worst thing I’ve ever heard in my life.” But when Gaye dug in his heels and threatened to go on strike, Gordy relented. When the song finally hit the airwaves, it skyrocketed to the top of the charts.

Last week, we caught up with musician Dayna Hartwick at the Motown Museum to get her recollections of recording the album with Gaye and arranger David VanDePitte.

Hartwick, who played flute on What’s Going On, started playing professionally when she was just 9 years old. She recalled her first visit to Studio A in the mid-1960s, when she was just a teenager. “My dad brought me here,” she said, “and I had a dislocated knee. I was carried in by three of the Funk Brothers, Joe Messina, James Jamerson, and Robert White.” 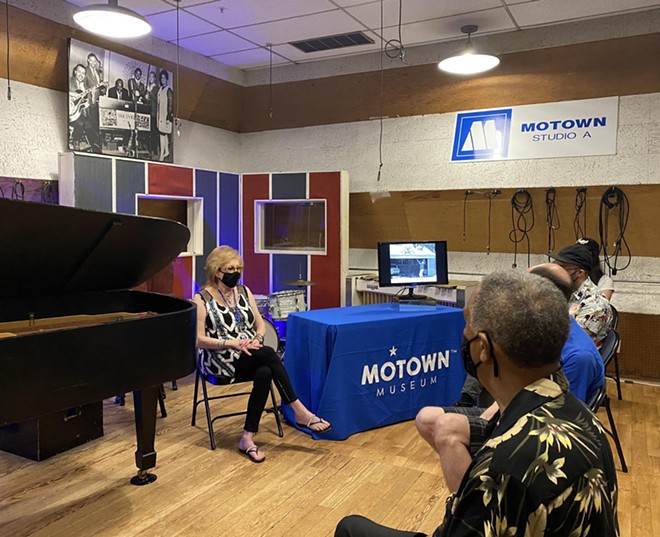 Hartwick, who also played on “Standing in the Shadows of Love” by the Four Tops, “My Cherie Amour” by Stevie Wonder, and “My Whole World Ended” by David Ruffin, sat in stunned silence and listened to Gaye’s isolated, double-tracked vocals on “What’s Going On” Friday as the title track echoed through Motown’s vaunted Studio A on the album’s 50th anniversary.

Fifty years later, the song and the album sound better than ever, but, sadly, Gaye’s words still ring true today.