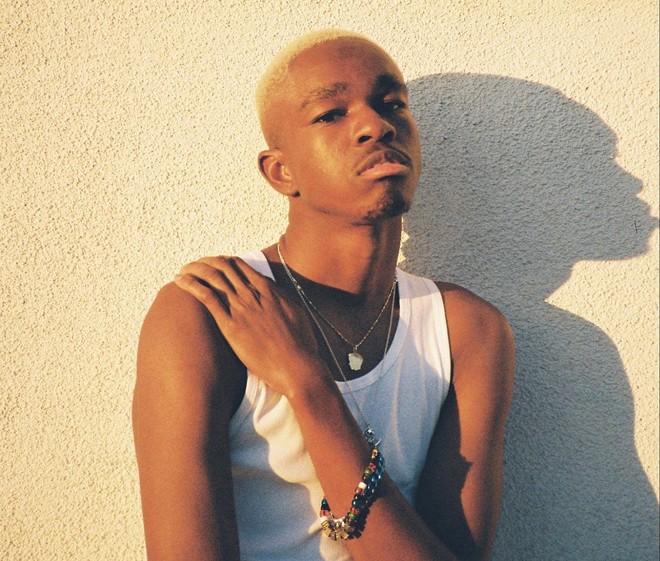 Detroit musician Sam Austins was signed to Atlantic Records on June 4, and recently featured in a Vogue magazine spread.

That same day, the multifaceted artist released “KILOS,” his first official song and music video since signing with Atlantic. He also plans to release his next project with the record company, HOMELESS STAR, this fall.

“So I was in communication with APG Atlantic pretty much since the beginning of quarantine in maybe April,” he says. “I was talking with Mike Caren who signed Bruno Mars at Atlantic, signed Wiz Khalifa, just a lot of dope acts like Charlie Puth, Kehlani. He started his own label.”

Austins says he considered many record labels, but Atlantic Records was the most committed to what he wanted to do.

“I felt like there was a space missing,” Austins says. “I felt like there was a space that like, Sam Austins could exist. And there wasn’t another Sam Austins on that roster, not to say that there’s any anywhere, but I just thought that APG Atlantic needed another superstar, another maverick in the creative world. I thought that this would be a great place to be at and to do it.”

Before Austins was signed to Atlantic Records, he was a resident of Detroit music company Assemble Sound.

“In 2015, I was doing a lot of local shows like performing with Vince Staples and Playboi Carti,” Austins says. “I was just doing the local show run, getting shoutouts from like Big Sean and things like that.”

Austins says in 2015 and 2016, he was doing a lot of work, but didn’t have the funds to record in a studio. Luckily, Assemble Sound contacted him, and he found a space to create. As a resident, he collaborated with many artists and producers and was able to use the space as he pleased.

His alias and upcoming project title "Homeless Star" stems from creating music and doing performances fresh out of high school while being financially unstable during the journey.

“When I was doing all of that, I didn’t have any money,” Austins says. “I didn’t have anything behind me that made sure I was afloat. I didn’t have any real financial security at all. I was just doing everything out of like, sheer determination.” (He is a member of Detroit music royalty, though, the son of the Four Tops’ Harold “Spike” Bonhart and nephew to Barrett Strong, the songwriter who penned "Money," Motown’s first gold record via its short-lived forerunner, Anna Records.)

Austins says he had created HOMELESS STAR in his head beginning in 2017, but it’s just now coming to life. The narrative symbolizes not knowing where your place is in life yet, but you know you’re a star.

In addition to being signed to Atlantic Records, Austins was also featured in Vogue magazine’s June/July edition. He can be seen posing next to Sir Chloe and Kaytranada, which are artists Vogue named as wanting to see perform live again post-pandemic.

“I love fashion so, so much,” he says. “But it’s also such an honor to be involved for what I do first as an artist, that was tight to me.”

Despite recently moving to Los Angeles, Austins says he wants to prioritize being known as a Detroit artist.

“I think that the number one, most important thing for me was that I wanted to build,” Austins says. “Before I moved to L.A., before I get any type of major situation, I wanted to build a real community in a home based in Detroit.”

He says that most of his current and upcoming projects are Detroit-based and that he has collaborated with other Detroit producers and musicians.

“I just want to figure out new ways to tap in with the city and also tapping in to new and innovative ways,” Austins says. “So I’m excited to be partnered with my team, Assemble, and Atlantic and like all of these dope creatives that have been around to basically help me bring this vision to life. I think it’s going to be a really fun time.”

You can learn more about Sam Austins at samaustins.com and @samaustins on Instagram, and wthe “KILOS” video below.