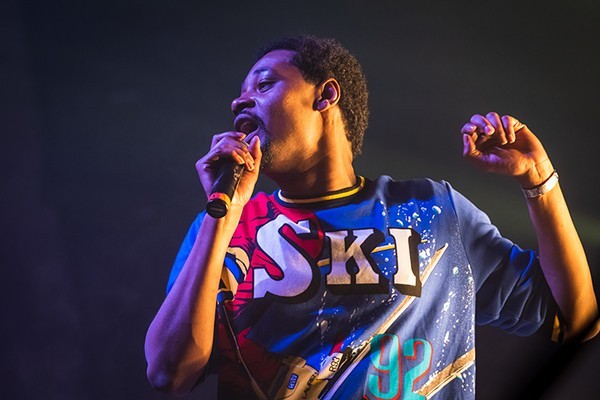 From medical nasal swabs and free community meals to non-medical shots, sounds, and the Bruiser Brigade, one of Detroit's most popular (and news-worthy) venues is emerging from the pandemic with a bang. Really doe?

Detroit's El Club, which has remained closed since the start of the pandemic and served as a COVID-19 testing site earlier this year, has announced its formal re-opening with a stacked week-long lineup that includes some of Detroit's heaviest hitters.

In June, El Club began announcing its schedule for 2022 and this coming fall, including performances by Faye Webster, Arlo Parks, and TV Girl with a handful of scheduled performances this month. However, El Club will welcome fans back to the southwest venue with what is dubbed as their reopening week with a performance by Danny Brown and on Aug. 1, followed by Sada Baby and the Killa $quid (Aug. 2); Jax Anderson and Curtis Roach (Aug. 4); Negative Approach, the Detroit Cobras, and Werwolf Jones (Aug. 5); and the Gories with the Stools (Aug. 6). Performers for Tuesday, Aug. 3 have yet to be announced.

Danny Brown and Jax Anderson's performances are free but require guests to RSVP via ElClubDetroit.com, where you can also purchase tickets ($26-$52) for the other shows.