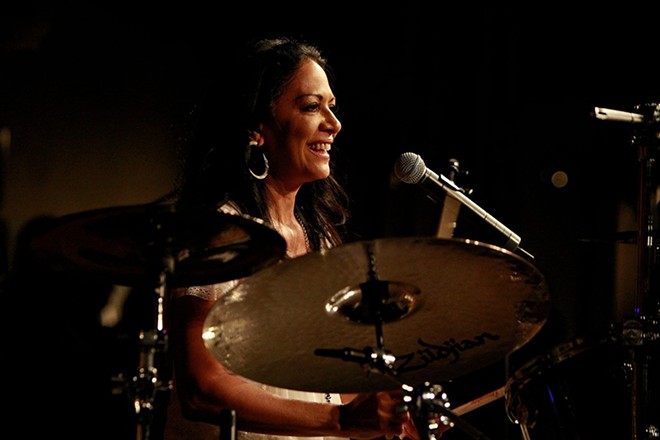 Listen, we all make mistakes, especially when it comes to social media.

Sure, we might not have posted a photo of a Prince lookalike instead of the real deal on the anniversary of his death, but on the other hand, we’re not legendary drummer, performer, and Prince collaborator Sheila E, who, clearly, gets a pass for her Instagram blunder earlier this year.

Sheila E (nee Escovedo) has been performing since the age of 5, when she was banging out beats on pots and pans before graduating to, oh, you know, icon status, thanks to her work with Prince and collaborations with Herbie Hancock, Marvin Gaye, Lionel Richie, Mariah Carey, and Stevie Wonder.

She’s also carved out an eclectic solo career, including a recent turn as a Master Class instructor. Though her tour was disrupted by the pandemic in 2020, she was able to serve as musical director of the Grammy’s Prince tribute last year, which featured Foo Fighters, Mavis Staples, Beck, HER, and John Legend. The 63-year-old percussionist will kick off the annual Wednesday Jazzy Night series with local singer-songwriter Monica Blaire.