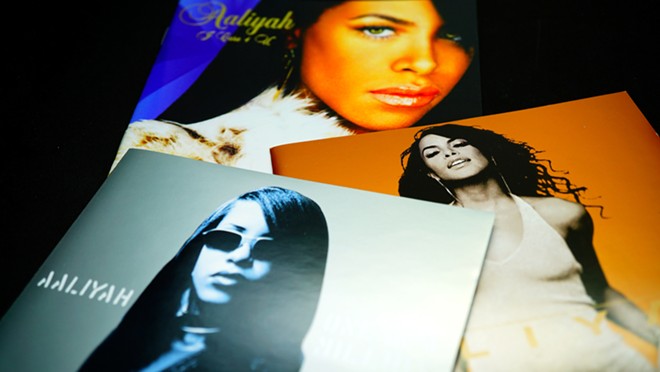 The good news is that the mysterious Aaliyah website that recently surfaced does appear to indicate some sort of music project is on the way.

The bad news? It doesn't have the blessing of the estate of the late R&B star from Detroit.

Related For the first time in many years, Aaliyah's music is back in print

For the first time in many years, Aaliyah's music is back in print
By Lee DeVito
City Slang
"Although we will continue to defend ourselves and her legacy lawfully and justly, we want to preempt the inevitable attacks on our character by all the individuals who have emerged from the shadows to leech off of Aaliyah’s life’s work," reads the statement, posted to the verified Twitter account associated with the singer's estate.

It added, "Ultimately, we desire closure and a modicum of peace so we can facilitate the growth of the Aaliyah Memorial Fund and other creative projects that embody Aaliyah’s true essence, which is to inspire strength and positivity for people of all creeds, races and cultures around the world."


On Wednesday, Metro Times reported that a website aaliyahiscoming.com was registered in July, ahead of the 20th anniversary of the singer's death. The website includes the hashtag "#AaliyahIsComing" and links to social media pages for "Blackground Records 2.0."

Blackground is the label founded by Aaliyah's uncle Barry Hankerson, which owns the rights to much of her back catalog, including hits One In a Million and Aaliyah, neither of which can be found on streaming services.

Earlier this month, Hankerson confirmed that he has restarted Blackground Records, which he has relocated to Atlanta.

The label also owns unfinished, unreleased Aaliyah recordings, which it has previously suggested it will release.

The estate has opposed a number of projects connected to Aaliyah over the years, including Lifetime's widely panned biopic and critically acclaimed documentary series Surviving R. Kelly.