After being canceled last year due to this fucking pandemic, the Hamtramck Labor Day Festival is back on for Labor Day weekend, and officials have now announced a partial music lineup.

"This year’s musical lineup is still in the works as committee members, organizers, and bands scramble to remember how to organize a bunch of musicians, but some crowd favorites are confirmed," the fest's organizers said in a press release. (As the organizers of the former Blowout festival, we know what it's like to wrangle musicians. It's like herding cats!)

Confirmed headliners include rock 'n' roll acts Timmy's Organism on Saturday, the Polish Muslims on Sunday, and the Twistin' Tarantulas on Monday.

Craig Brown Band, Caveman Woodman & Bam Bam, ZILCHED, Shadow Show, and the Stools are all slated to perform as well. The full lineup will be released at hamtownfest.com. 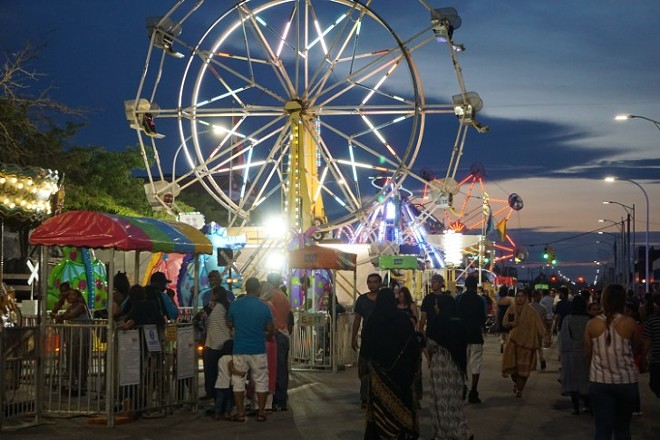 This year will also feature the return of International Big Time Wrestling, which debuted in the 2019 fest. Family-friendly carnival rides are also back, as well as vendor booths, and of course, the Hamtramck Yacht Club Canoe Races on Monday, where representatives from Hamtramck's many bars compete in homemade three-wheeled vehicles while spectators fire water balloons and squirt-guns.

Here's a slideshow of photos from the 2019 edition of the Hamtramck Labor Day Festival.