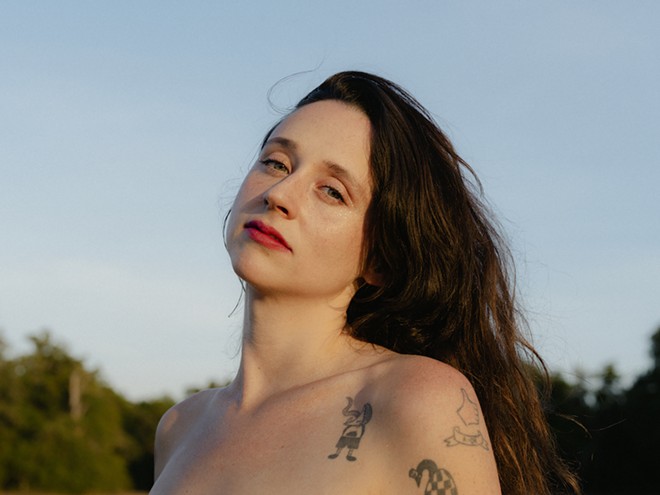 Just as the world was set ablaze by the pandemic, Alabama singer-songwriter Katie Crutchfield, who performs as Waxahatchee, had released her fifth album and the first since becoming sober in 2018. Saint Cloud topped many a year-end list thanks to her sharpened observational lyrics and her heightened ability to make the healing process a joyful one, albeit turbulent.

“I have a gift, I’ve been told, for seeing what’s there,” Crutchfield sings on “The Eye.” “And I will chase all the rain, put it down, call it paint/ To possess something arcane, oh it’s a heavy weight.” Saint Cloud is proof that you can cross bridges, not burn them, and still have a lot of great shit to make music uplifting and layered music about. “I feel like I can still do this and have it be meaningful and have it be something people can relate to, and still make it dark and sad without making myself the victim,” Crutchfield told Metro Times last year.

Crutchfield was set to kick off her tour in support of Saint Cloud last year in Detroit with what would have been a homecoming show of sorts, as the record and Crutchfield’s touring band features members of the Detroit-based band Bonny Doon. Thankfully Crutchfield and company made good on their postponed promise. Waxahatchee will be joined by Katy Kirby.