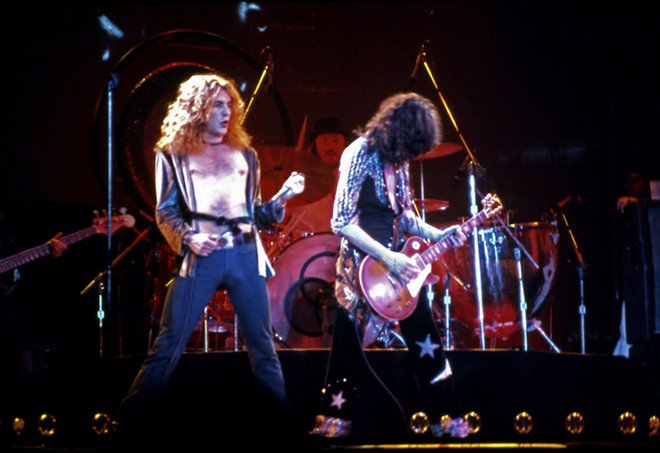 Enter the Windborne Symphony, which will be taking on the Led Zeppelin catalog with Brent Havens conducting and Randy Jackson, who will deliver a note-for-note interpretation of Plant’s original recordings.

“My concept for ‘The Music of Led Zeppelin was to take the music as close to the originals as we could and then add some colors to enhance what Zep had done,” Havens said in a press release. “The wonderful thing with an orchestra is that you have an entire palette to call upon.”

The two-plus hour hit parade will include 18 Zeppelin songs, including favorites "Stairway to Heaven," "Heartbreaker," "Black Dog," and "Immigrant Song," which will highlight the musical stylings of the French horn. Curious? Us, too.