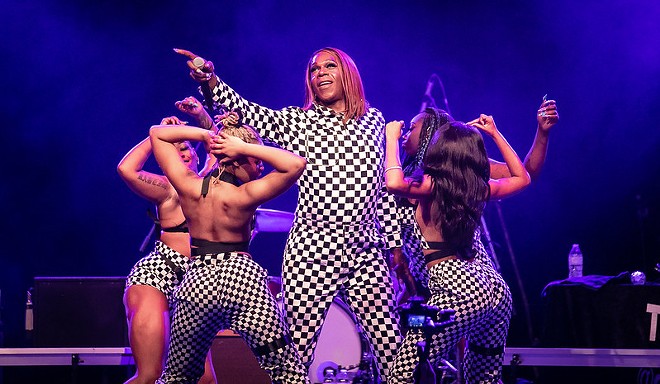 For the unenlightened, the 43-year-old rapper, dancer, queen of New Orleans Bounce and master of the azz-shaking club jam, Big Freedia is kind of a big deal.

Throughout her glittering career, which started in 1999 with the release of her first single “An Ha, Oh Yeah,” followed by her debut record in 2003, Big Freedia has done the following: she’s been the star of her own reality show on Fuse for six seasons; co-authored her critically acclaimed memoir, God Save the Queen Diva; collaborated with Beyoncé on “Formation”; landed her own Ben & Jerry’s ice cream flavor, Big Freedia’s Bouncing Beignets; avoided major jail time for allegedly stealing close to $35,000 in federal housing voucher money; and starred in a documentary called Freedia Got a Gun, which explores the complexities of gun violence and her commitment to gun control advocacy, which followed the death of her brother, who died as a result of gun violence. Detroit-based non-binary queer artist Reginald Hawkins is also on the bill.