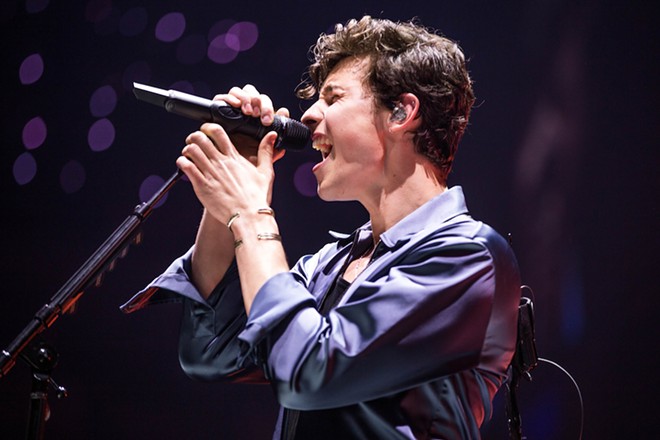 You might not attribute the quote "I empathize with the doom" to 23-year-old pop sensation Shawn Mendes, but it's exactly how the award-winning global superstar — and boyfriend to "Señorita" Camilla Cabello — feels about the impending doom that is climate change.

"We've basically grown up, my generation, since we were, like, 5, has been told that the Earth is dying," Mendes recently said on The Late Show with Stephen Colbert. Well, shit, Shawn.

But cutting through the doom for Mendes, an outspoken advocate for climate action, is a whole lot of Wonder.

On Thursday, Mendes announced he was expanding his tour footprint with his massive 64-date arena "Wonder" world tour, in support of his 2020 record that debuted at No. 1 on the Billboard Top 200, making Mendes one of just three male artists to ever score four No. 1 albums by age 22. The tour will pay a visit to Detroit's Little Caesars Arena next October 22.