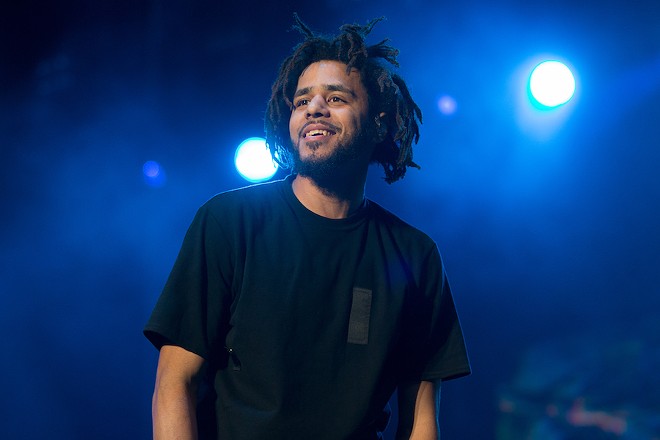 Remember when the Detroit Pistons offered rapper J. Cole an opportunity to try out for the team after learning that the Dreamville Records head was seriously training for an NBA contract, and even rendered a Detroit jersey featuring his name as player number 15?

While it is unlikely that the 36-year-old "Middle Child" will join the Detroit team (maybe because he was seen practicing on the court with the Orlando Magic) he's got his hands full with some tour-related production issues which is why his previously scheduled Oct. 5 performance with 21 Savage at Detroit's Little Caesars Arena has been pushed back to Oct. 25.


"While the show is amazing, we didn't account for the fact that it takes way longer to load this shit into the house, so we're experiencing delays," J. Cole said in an Instagram video on Tuesday, detailing the elaborate lighting configurations and staging.

"I apologize for the inconvenience. I know people done hired babysitters, some people driving from out of town, I hate this shit," Cole said. "That shit is a) embarrassing, b) I think about people's time. This is the first time this has happened to us. So I apologize for this shit... I appreciate y'all for understanding."


It appears that only two dates — Philadelphia and Detroit — of the 20-date tour in support of The Off-Season, released earlier this year, have been impacted by production delays.

To commemorate the launch of the tour, J.Cole dropped the Heavens EP in September, which finds the hip-hop icon exploring fame, family, success, and the fact that his passion keeps him from relaxing like us normies. J. Cole will be joined by 21 Savage, Morray, and Druski for the Oct. 25 performance.