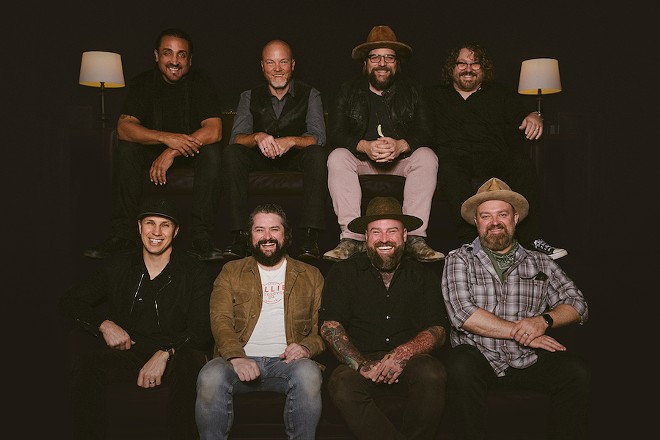 The pandemic left many feeling, though isolated, as if we were all in the same boat, fishin’ in the same hole, wondering where the same time goes. At least that’s how Atlanta-based deep fried southern rock outfit Zac Brown Band vocalized the interconnectivity of folks regardless of their strokes on the eight-piece’s latest single from the forthcoming seventh studio record, The Comeback, due Oct. 15.

Well, not so fast. While it was looking as though the band was about to come back to the touring life after a 14-month hiatus with their massive Comeback Tour plotted and underway, Zac Brown has decided to "pause" the tour — which includes the full-on cancellation of their performance on Thursday, Sep. 30 at DTE Energy Music Theatre — after he announced he has tested positive for COVID-19.


"Despite taking precautions, I've tested positive for COVID-19," Brown shared on Twitter. "I am deeply disappointed this has happened, as touring is our life and performing live for our fans is the best part of our job. The bottom line is that I want to take every precaution to put the health and safety of our fans and crew first. We will resume the tour as soon as I have finished the CDC-mandated quarantine and it is safe for our ban members and crew to do so."

To all our fans, pic.twitter.com/Ozq0MxoaOy


Brown says he is "grateful" to their fans for understanding and praises those front line workers who are unable to stay home.

"I believe we can all overcome this together," he wrote. "As soon as we can, we'll see you right back on the road again. Nothing's better than the comeback."


Zac Brown Band has been enchanting audiences while keeping them on their toes since 2002, oftentimes performing upwards of 200 shows a year. Let's hope Brown gets well soon so they can open for the Rolling Stones in their hometown in November. Those with tickets for Thursday's performance can request a refund via their ticket provider.