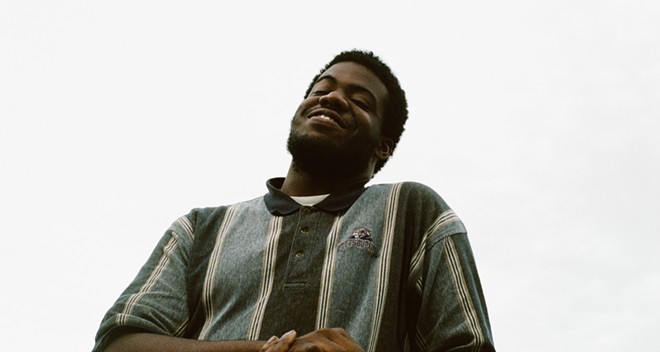 At 22 years old, New York hip-hop wunderkind MIKE knows a thing or two about feeling as if the weight of the world balances on his shoulders.


Born in New Jersey, raised in London, and now back in the states, MIKE’s catalog of beat-driven stories are documents of his ongoing quest for peace as he also balances the pressure of being referred to as one of the most important artists in contemporary hip-hop, a label assigned to him by Pitchfork, The Fader, and The New Yorker.

Inspired by acts like King Krule, Earl Sweatshirt, and the late MF DOOM, MIKE rarely avoids addressing the tough shit, like pain, anxiety, and loss, in his music, even though most of his albums are released on one of the best, most sunshine-filled days of the year: June 21, the first day of summer.

Such is the case with his latest record, DISCO!, which was released earlier this year and, aside from being completely disco-less, is considerably more upbeat than his previous records, yet delivers on some of MIKE’s signature elements: slow and low vocals, personal excavation, masterful storytelling, and the occasional emotional gut punch. But DISCO! ushers in a new era for the young rising star. “Struggling? Hmm, nah, but I’m recovering,” he confesses on "Aww (Zaza)." We love to hear it. Liv.e, Black Noi$e, and Sideshow are also on the bill.