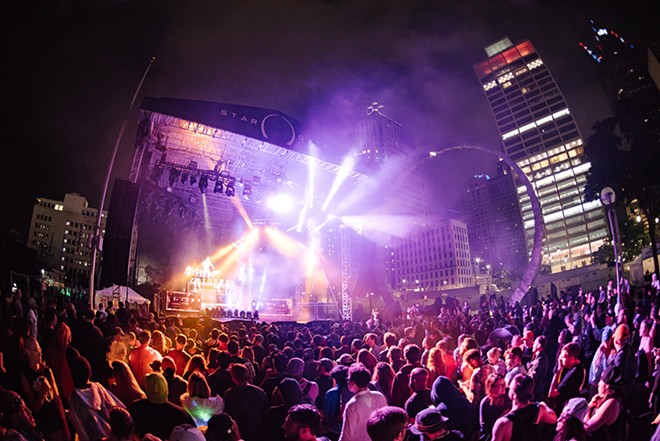 After taking a two-year hiatus due to the pandemic, Detroit's Movement electronic music festival is back on.

The company made the announcement on social media Monday.

Of course, with the pandemic still an ongoing concern, the festival says it will keep tabs on the latest health and safety guidelines.

"We're maintaining communication with health officials," Paxahau's Morin Yousif tells Metro Times. "Our policy and our guidelines will change accordingly to whatever is out there at the time."

The festival was canceled in 2020, after considering a move to September in the hopes that COVID-19 pandemic could be controlled by then. Paxahau then hosted a series of Movement-branded virtual livestream DJ sets throughout the year.

This year, the festival pivoted to a "Micro-Movement" format on Memorial Day weekend, with smaller events at three Detroit venues: TV Lounge, the Magic Stick Alley Deck, and Spot Lite.

No festival lineup has been announced yet, but Movement typically features a mix of electronic music from Detroit and beyond, with a smattering of mainstream acts in adjacent genres like hip-hop.