A bit of a doubleheader, this one. Dweezil Zappa will be presenting a guitar master class dubbed “Dweezilla on the Road,” starting at 3 p.m., and then the concert starts at 8. Junior has been holed up in a studio for a year, desperately trying to get a grip on his dad’s work. “In order for me to play my father’s music correctly, I needed to understand the fundamentals of his music more thoroughly, which meant a lot of studying.” It’s been 40 years since Frank put out the Roxy & Elsewhere live album, so a celebration with Dweezil is well in order. Catch the show at the Michigan Theater in Ann Arbor. Tickets are $75.
FRIDAY 21 and SATURDAY, 22
Pam Grier Film Festival

Since exploding onto movie screens in the ’70s, actress Pam Grier became an instant icon of the Blaxploitation era thanks to campy, violent films like Coffy and Foxy Brown. With a serious ’fro and an even more serious penchant for kicking ass, Grier earned legions of ogling fans — and was introduced to legions more after a late-career boost from Quentin Tarantino’s 1997 homage Jackie Brown. All three films will be shown as part of a fest in her honor, starting with Coffy on Friday, Feb. 21. Tickets for individual films are $6, but the real treat is on Saturday, where Pam Grier herself will be on hand to speak about her work. For $50 (note: the VIP dinner is sold out), dinner and dessert will be served, and guests will receive an autographed glossy before a screening of Jackie Brown. Check redfordtheatre.com/ for the full schedule. Coffy is Feb 21st 8pm- $6 Foxy Brown is Feb 22nd 2pm- $6 Jackie Brown is Feb 22nd 8pm- $6
SUNDAY, 23
Noir Night

From the ’20s through the ’50s, the Black Bottom and Paradise Valley neighborhoods served as the heart of Detroit’s black community, where impeccably dressed folks could party all night in no shortage of speakeasies, cabarets and nightclubs. The International Black Burlesque Performers uses Black History Month as a fine excuse as any to celebrate the spirit of these neighborhoods with their second annual Noir Night, featuring strip-tease from burlesque beauties like Jeez Loueez (pictured), Dainty Dandridge, Bunny Van Doren and others. Obviously, there will also be a cash bar. At the Tangent Gallery in Detroit. Doors at 9 p.m., tickets start at $10. (Photo by Frankie Renee Phtography)
WEDNESDAY, 19
Dropkick Murphys

St. Patrick’s Day is still a month away, but why not start the raucous celebrations early with a set of off-the-hook Irish punk from Boston’s finest? It’ll be more fun anyway — you won’t be surrounded by those accountants who wear green for the night and drink Guinness until they collapse into a puddle of their own making. Rather, you can dance and mosh yourself into a sweaty frenzy to the guitars and bagpipes while drinking Guinness, before collapsing into a puddle of your own making. Get in touch with your Irish side and celebrate St. Patty’s Day this Wednesday at the Fillmore. Doors open at 6:30 p.m. Tickets start at $38.
FRIDAY, 21
Bring Me the Horizon

It’s an early kickoff in Plymouth Township, with a bunch of like-minded screamo, post-hardcore, metalcore, mathcore and whateverthefuck bands getting together, including locals We Came As Romans and Wilson. Bring Me the Horizon headlines a bill that also includes Of Mice & Men, Attila, Issues and Northlane. “We sound like 1,000 bastard swords swinging with vigor, whisking through the air as they are about to slice through 10 24-packs of PBR bottles,” Wilson vocalist Chad Nicefield told us recently. That’s an apt description for a band that will likely raise the bar to an unattainable and vulgar height before the later bands hit the stage. Catch the show at the Compuware Arena in Plymouth Township. Tickets are $25. Doors open at 4 p.m.
FRIDAY, 21
Alejandro Escovedo & Peter Buck

There’s nothing we like better than an oddball pairing. Russell Brand and Katy Perry, Madonna and Michael Jackson, BJ and the Bear, Turner & Hooch — the list is endless, and now you can add REM’s Peter Buck and Mexican-American singer-songwriter Alejandro Escovedo. Maybe it makes a little more sense than it first appears though; Escovedo used to play guitar with punk band the Nuns, and REM had a harder edge back in the late ’80s before the ballads took over. So what can we expect from these two? Not sure, but it’s bound to be interesting. See the show this Friday at The Magic Bag in Ferndale. Doors open at 8 p.m. Tickets are $27.
FRIDAY, 21
Artini Martini Crawl 2014

See Ann Arbor’s finest bars and restaurants go head to head to see who can concoct the most artistic, beautiful and, of course, delicious martini. In the running this year are The Alley Bar, Bab’s Underground Lounge, the Black Pearl, Cafe Felix, Conor O’Neill’s, Habana, Mash, Melange, Rush Street, Vellum and Vinology, and each one is ready to shake the salt out of the competition. For $50 participants can taste each creation and vote to decide which of the bars has the best recipe. A portion of the event’s proceeds benefits the Ann Arbor Art Center’s 2014 target initiatives. The night is themed to Mardi Gras, so bust out your beads and dress to impress. Drink and decide who has the best drink at the Ann Arbor Art Center in Ann Arbor. The competition starts at 7 p.m.
SATURDAY, 22
Erotic Poetry and Music Festival

“In 2011, twelve Detroit bands were given the opportunity to cover twelve other Detroit acts in the inaugural Detroit by Detroit showcase,” organizers say. “Now in its fourth season, Detroit by Detroit returns to take over the Magic Stick, showcasing the terrific talent that’s here in Detroit, and proving — once again — why our music scene is unlike any other.” The bill features After Dark Amusement Park as the Supremes, Don Duprie as Barrett Strong, the Jet Rodriguez as Grand Funk Railroad, Six & the Sevens as the Knack, the Philter as Del Shannon, 500 Club as the Suicide Machines, and Blaire Alise & the Bombshells as the Detroit Cobras. That’s gotta be fun. Doors open at 8 p.m., tickets start at $7.
SATURDAY, 22
Elway

Colorado punk band Elway is coming to town, ably supported by the Dewtons, Worship This, and the Gentlemen’s Guild. The headliners don’t do anything particularly original — “Aggressive punk rock with soaring melodies coupled with lyrics ranging from that of the sad sap to the indignant atheist with a bevy of homespun dick jokes.” If that’s your bag, venture over to Small’s. Melody and the crew will take care of you. If it isn’t, lighten the fuck up. Doors open at 8 p.m., tickets start at $10.
SATURDAY, 22
Solids

This a great bill. Not only do we get Montreal band Solids, but also excellent locals Brothel and Peach Pit. “The duo has understood that melody never shines as much as when it is forced to fight its way through many layers of distortion and feedback effects,” Solids’ publicist says. “Think Sonic Youth, Dinosaur Jr and Superchunk.” We’re doing that very thing boys, and the thought is very pleasant. Catch the show at 9 p.m. on Saturday at PJ’s Lager House. Tickets start at $10.
FRIDAY, 21
Tony n’ Tina’s Wedding

Since its opening on Feb. 14, 1988, in New York City, this interactive theatrical experience has wowed thousands of people. Audience members actually become a part of the performance as they naturally play the roles of Tony n’ Tina’s family and friends. Unlike any theater performance you’ve had, Tony n’ Tina’s Wedding takes you back and forth between fantasy and reality throughout the entire evening. No acting skill required or necessary — eat, drink, dance, converse and allow yourself to get caught up in this all-inclusive evening of entertainment. $63 advance tickets include show ticket, champagne toast, Andiamo gourmet Italian dinner, a piece of wedding cake, and world-class entertainment. See the show at Joe Vicari’s Andiamo Itallian Steakhouse.
FRIDAY, 21
19th Annual Motor City ?Tattoo Expo

If you’ve been itching for some ink but have no idea where to start or who to go to, check out the 19th Annual Motor City Tattoo Expo. Thanks to Eternal Tattoos, they’ve been putting together a convention for 19 years with some of the best tattoo artists in the industry. Come experience these talented artists, stroll the grounds to see their work, set up an appointment or even get tatted up right then and there. Runs through Feb. 23 at the Detroit Marriott at the Renaissance Center. 1-day passes are $20, 2-day passes are $30 and a weekend pass is $40.
FRIDAY, 21
Angels in America Part One: ?Millennium Approaches

WIDELY CELEBRATED PLAY IN INTIMATE VENUE In Angels in America Part One: Millennium Approaches, playwright Tony Kushner explores the lives of three men immersed in a love triangle. Prior, who suffers from AIDS, loses his lover Louis to Joe, the married political conservative in the middle of a crumbling family structure. Parallel to that storyline, is that of the fictionalized version of Roy Cohn, the fiercely conservative lawyer who struggles to remain in the closet while he dies of AIDS. By flawlessly integrating magical realism, comedy, tragedy and politics, Kushner weaves a story that is highly literary and darkly American. Angels in America has won the Tony Award for best play as well as the Pulitzer Prize for drama. Runs through March 10 at the Ringwald Theatre in Ferndale. Doors are at 8 p.m., and tickets are $20.
FRIDAY, 21
Pool

Pool is one of the Detroit music scene’s best kept secrets right now. Everybody who sees this experimental electro-indie outfit wakes up the next day still raving. We’re not sure how they’re pulling it off; on the surface, it’s a fairly standard ambient, moody, trance-ish project. But the vibe is cool and dark, and there are strong hooks hidden deep in the loops and beeps. This excellent bill is completed by Hotel Motel, MLAC and Little Animal. Get in on the secret Friday at the New Dodge Lounge in Hamtramck. Doors open at 8 p.m. Tickets start at $5.
More slideshows 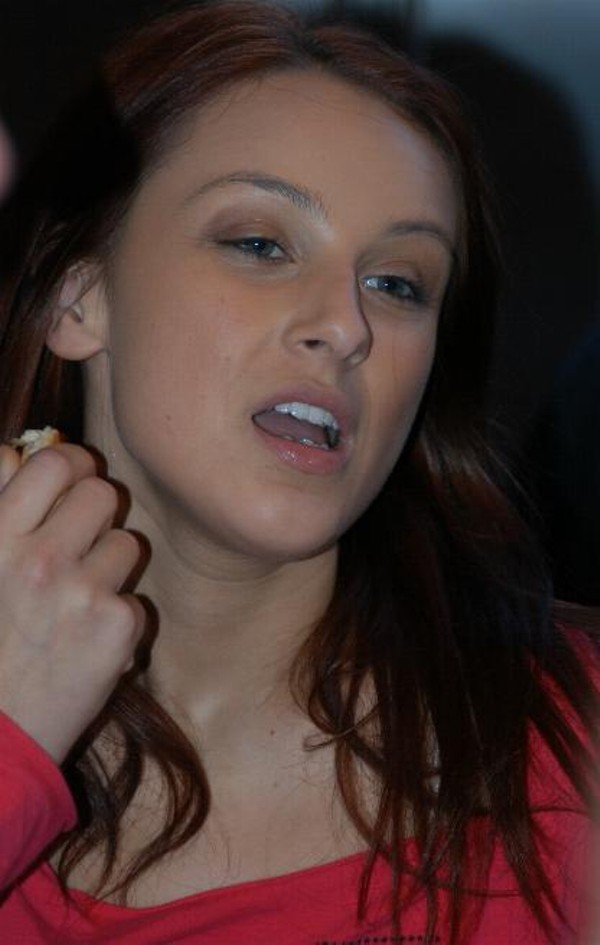 A bit of a doubleheader, this one. Dweezil Zappa will be presenting a guitar master class dubbed “Dweezilla on the Road,” starting at 3 p.m., and then the concert starts at 8. Junior has been holed up in a studio for a year, desperately trying to get a grip on his dad’s work. “In order for me to play my father’s music correctly, I needed to understand the fundamentals of his music more thoroughly, which meant a lot of studying.” It’s been 40 years since Frank put out the Roxy & Elsewhere live album, so a celebration with Dweezil is well in order. Catch the show at the Michigan Theater in Ann Arbor. Tickets are $75.
Play Slideshow