2016 election is a test of American democracy 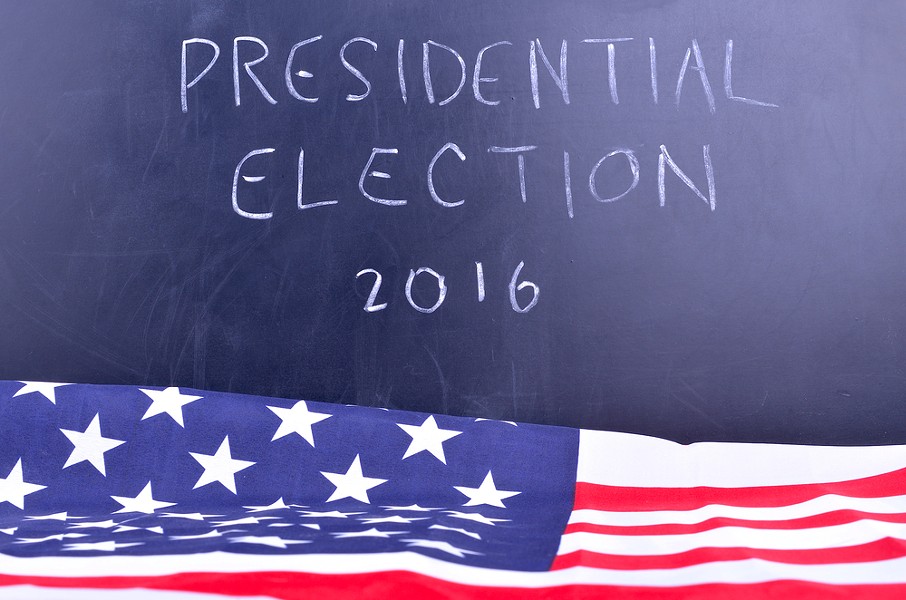 It’s been a world-shaking couple of weeks, much of it magnified because we are in the midst of a presidential election at what seems a crucial time. The Brexit vote and the negative market reaction that followed; the Democratic congressional sit-in; and the horrifying massacre of 49 people at a gay club in Orlando, Fla. have heightened the perception of the stakes we face in this political season.

There is a tension between the old and the new going on everywhere. That, in part, is what we just saw played out in the Brexit as United Kingdom voters chose to separate from the European Union. Analysts report that by and large it was older white people with a longing for the old days of empire who gave the Brexit its 52-48 percent victory. Much of the news we’ve gotten around here following that vote is of buyer’s remorse that started immediately after the results were announced. There’s a younger contingent of Brits who voted overwhelmingly to remain part of the European Union.

U.S. Republican presidential candidate Donald Trump happened to be in Scotland at the time for the opening of a couple of his golf resorts. He used the world-shaking financial downturn because of the Brexit vote to shill for his resort, pointing out, “When the pound is down people come to Turnberry (his resort).”

Trump also pointed the finger at himself in the midst of crisis a couple of weeks ago when the Pulse nightclub in Orlando was shot up by a very disturbed man. The candidate’s first reaction was a self-congratulatory, “I said this was going to happen” — as though predicting that there would be another terrorist attack was something no one else could have thought.

I’m personally convinced that the Pulse attack was at least as much anti-gay as it was anti-American, if not more. The attacker may have had a vaguely radical perspective, but the way things played out with his phone calls during the attack has the sense of him wanting to redefine the murders under the aegis of revolution rather than cowardly self-loathing. Regardless of his motivation, again we saw the result of people with nefarious intentions being able to easily purchase assault weapons.

That’s the overriding concern with the public here. A CNN/ORC poll taken after the shooting spree showed that about 90 percent of Americans support stronger background checks for gun buyers and no gun sales to people on the FBI terror watch list.

Not that our current legislators seem to care much, at least not the Republicans. The Senate voted down three different bills that would have strengthened background checks and prohibited anyone on the terror watch list from buying guns. At least those bills came to a vote. The House leadership didn’t even let the question come up for a vote — offering up its usual moment of silence and nothing more to mark the biggest mass shooting in U.S. history.

That’s why I think the sit-in staged by congressional Democrats was a good thing. It was not the orderly thing to do, but faced with doing nothing, again, I applaud doing something to shake up the status quo on gun law. It was a spectacle, but much less shameful than going about business as usual. Yes it’s a political play. Forcing a vote would get most representatives on the record so that voters know where their representatives stand. That’s fodder for their re-election campaigns. If they were to lose because of their anti-gun control stance, there’s a better chance that someone with a better stance will be elected. And that’s a good outcome for this issue.

The sit-in also had the secondary side effect of dominating the news cycle the day after Trump gave a major speech that attempted to rip the scab off every semi-real or imagined controversy about Hillary Clinton. However there was little talk about Trump’s speech as representatives shouted, “No bill, no break” throughout the day.

I’m a Clinton supporter. While I like Bernie Sanders’ message, he’s not going to be the Democratic nominee. With that in mind, I say Clinton is way better than Trump. And when it comes to casting some kind of third party protest vote, don’t do it. I voted for Ralph Nader in 2000. And I’m not going to take the chance that casting a protest vote will bring us another disaster president like George W. Bush.

This election season seems supremely important for the direction of the United States. The test of our pluralism is at hand — indeed, American democracy itself. It’s also probably the last election that could be truly dominated by the white majority that Trump is trying to energize. Trump represents the old. His “Make America Great Again” slogan is a backward-looking sentiment focused on a time when white guys ran everything. Some remember that as a wonderful time, although it wasn’t for brown or black or red people.

However Trump has captured an excitement that Clinton has not roused in her electorate. That’s OK. In this particular contest, Clinton is the adult, and sometimes that’s not exciting. Everything about her seems more presidential than Trump.

A Clinton election will be exciting and inspiring for women (and men), just as people of African descent (and others) were excited to see Barack Obama elected. Both Clinton and Obama represent the waning of the absolute influence that men of Western European descent have had in the Western world. When the United States was founded, neither blacks, nor women, were allowed to vote. Nor were white guys who were not landowners. When George Washington was elected, only 6 percent of the population was allowed to vote. So the choices of today’s electorate are the ultimate victory over the misogynistic approach to civic responsibility that was first set up.

On the flip side, a Trump win would affirm white guys who think they can still rule the world — except that they never really have (think China).
A vote for Trump might seem some flippant statement against “political correctness” or “those people,” but I’ve got to believe a lot of people would have the same day-after remorse that we’ve seen in the U.K. More than 3 million signatures have been gathered in support of a do-over and various scenarios — including no Brexit at all — have been floated.
There is no alternative scenario the day after a Trump election. That day-after buyer’s remorse will last four years or more.

Charles Pugh charged
I don’t know if former Detroit City Council President and news anchor Charles Pugh will be found guilty of the six counts of child molestation he faces. However, the way he left town, slinking off in the middle of his term and disappearing, was the single most shameful exit of any local politician. We had to play a game of “Where in the world is Charles?” And remember, this guy filed for bankruptcy while he was steward of the city’s finances. Maybe Pugh’s case will serve as a warning against voting for media stars who find bankruptcy a convenient way to shed their financial obligations.