2020 will be the year of marijuana in Michigan and beyond 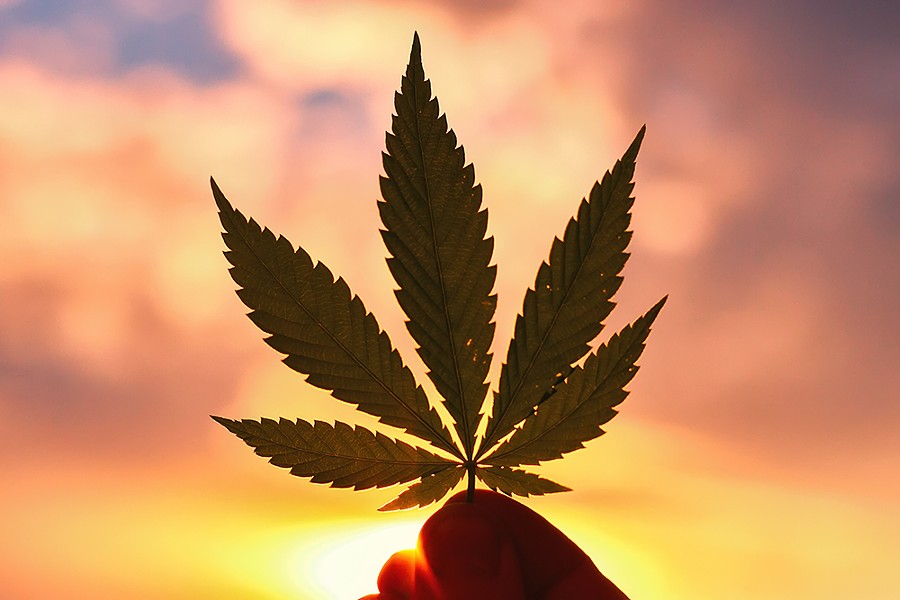 Shutterstock.com Marijuana could be a big deal in the 2020 presidential election.

It's the end of the year and indeed the end of a decade; both have been filled with propitious events in the fight against marijuana prohibition. We can celebrate that we now have a handful of stores where adults can buy recreational marijuana. That's a huge step — particularly considering that it took a decade to get a licensed medical marijuana provisioning center system set up by the state.

It's only a step in defeating prohibition and the War on Drugs. The 1,400 or so Michigan communities that opted out of the state recreational marijuana system are ample proof that prohibition still lives.

But the relative handful of retail stores that have opened in the past few weeks give ample proof that people want to buy marijuana. People stood outdoors in long lines on a cold day to buy the state's first legal recreational weed. Millions of dollars in sales have taken place, and hundreds of thousands of dollars in taxes have already been collected. And all that is in a stumbling system with but a fraction of the number of stores we expect to see.

There is a continuum of stopping the war on drugs and reversing its damage. Michigan NORML has been taking suggestions from the public on its Facebook page asking folks what the organization should focus on in the coming year. Those suggestions show that the struggle to make marijuana normal is far from over.

The top struggle could well be the Detroit opt-out from recreational retail sales. Detroit is the largest market in the state, and 60 percent of its citizens voted for legalization. People expect to see marijuana sales in Detroit. The city's decision to postpone opting-in until at least Jan. 31 means it could be longer.

Detroit's government has long been slow to accommodate legal marijuana. After ignoring medical marijuana for so long, it was forced to confront the situation, a years-long fight that included enacting restrictive zoning ordinances and a ballot proposal that won on election day but lost in the courts. Something like that could come back to haunt us again. There has already been a state lawsuit filed in Genesee County that includes the city.

There are opt-outs all over the state that will be the focus of activists where they feel they can be successful. One hallmark of the legalization efforts has been to very strategically pick your battles. Marijuana prohibition will continue in many of these municipalities for years, but expect more of them to reverse course over time, just like with alcohol.

Another area of struggle for the next year is to expunge records of folks who were arrested and convicted of marijuana crimes. Michigan is moving an expungement law through the legislature that would include folks with one nonviolent felony and up to two misdemeanors. There are already proposals in hand to expand that to two felonies and four misdemeanors. This is going to come to a head this year in Michigan because it plays into the social-equity provisions of the state marijuana law. There will also be those who fight the social-equity provisions because they believe their own rights and opportunities are curtailed by them.

Get ready for the growing pains of the marijuana industry as it faces the same questions as most other industries. The social-equity provisions fight will highlight race and opportunity issues. If we get beyond that, we'll still have some fighting about labor unions in the industry. Things kicked up recently over a proposed Marijuana Regulatory Agency policy over "labor peace agreements" as part of the licensing process. This one has business owners up in arms. Union organizing has been part of the landscape wherever industry has developed. No reason why cannabis should not have to consider its labor practices, just like anyone else.

On the noncommercial end of this, we're also going to need to fight to maintain the rights of individuals to cultivate their own marijuana. The right for individuals to grow their own is written into the medical marijuana and the recreational marijuana laws. It also protects caregivers who grow for patients. Prohibitionists don't like this one bit, as well as people who have licenses to sell marijuana and don't appreciate the competition.

Efforts to eliminate the black market for marijuana will persist. Part of that effort will take aim at caregivers and home growers. The crises over vape products will be put in focus. Authorities have already taken aim at so-called illegal vape products that contain vitamin E acetate as a thickening agent, which has been linked to a deadly lung illness. Legal vape products at licensed outlets have the green light from health authorities. It's good that we've figured out what has been hurting and even killing people. However, that's going to be used as a club by those who want to eliminate caregivers and home growers.

As much as has been going on in Michigan, marijuana has the potential to be a big deal in the 2020 presidential election. The majority of American citizens support marijuana legalization. The latest Pew Center poll shows support for recreational legalization nationwide at 67 percent.

Most Democratic candidates support the idea at some level. Another reason marijuana should have a higher profile is that doing it in your state with a petition initiative can't work everywhere. There aren't that many states left with petition-initiative laws that allow citizens to do what we did. More and more, it's going to have to be done by legislatures the way it happened in Vermont and Illinois. All of this has put pressure on the DEA, banking laws, and other federal policies that support the drug war infrastructure.

It's not clear what a Republican perspective on drug policy will be. President Donald Trump, the presumptive candidate, hasn't really engaged the issue in a substantive manner. Although marijuana is supposedly a nonpartisan issue, it's well documented that Democrats are more marijuana-friendly than Republicans.

This new year also seems like an opportunity for the newly formed state Marijuana Regulatory Agency to show its stuff. It's been less than a year since it took over from the mess created by the old MMFLA.

Welcome to 2020. It could be a big year. Recreational legalization and the marijuana industry really just came into being in 2019. Now it's got to take its first toddling steps.