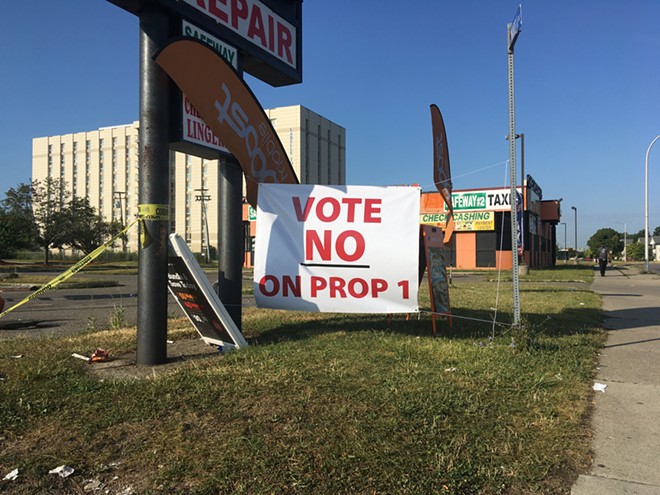 Several Michigan communities narrowly voted to ban marijuana businesses on Tuesday, adding to a growing list of municipalities that have decided to opt out of allowing marijuana sales. That's despite the fact that Michigan voters approved recreational marijuana sales in 2018.

Under the law that passed in 2018, local governments can choose to ban marijuana sales in their communities, and citizens can petition to challenge those bans by vote. The issue was on the ballot in Highland Park in Wayne County, and Vanderbilt and Crystal Lake in Northern Michigan.

In Highland Park, voters narrowly rejected Proposal 1, which would have permitted and regulated marijuana businesses. The measure failed with 56.5 percent voting no, according to The Detroit News.

Meanwhile, a measure to reverse a marijuana business ban in Vanderbilt failed with 54 percent voting no, according to Up North Live, while a proposal to ban marijuana businesses in Crystal Lake passed by 58 percent.

Many communities have chosen to ban marijuana sales as part of a wait-and-see approach: Michigan's first recreational marijuana shops are not expected to open until the first quarter of next year.

The communities that banned the businesses are going to lose out on a share of what the Senate Fiscal Agency expects to be $157.4 million in sales and excise taxes in the 2020-21 fiscal budget year. By 2022-23, the agency projects the tax revenue to reach $262 million.

It's a new era for marijuana in Michigan. Sign up for our weekly weed newsletter, delivered every Tuesday at 4:20 p.m..