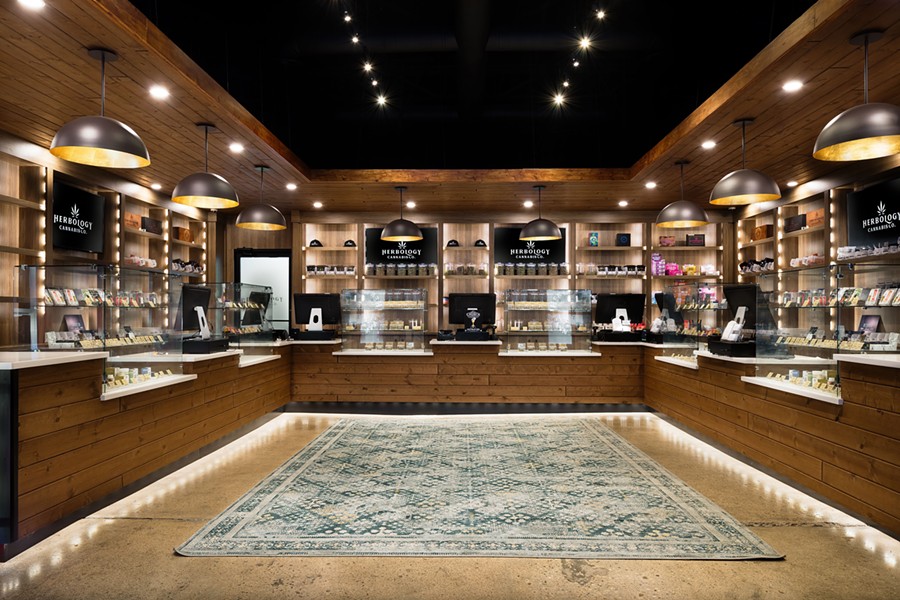 Recreational marijuana dispensaries in Michigan have been legal for two months now, ringing up $17.7 million in sales and $2.9 million in new taxes.

From Dec. 1 to Feb. 2, the state approved licenses for 43 recreational pot dispensaries, 18 growers, seven processors, and three event organizers, according to the Michigan Marijuana Regulatory Agency.

The first two months have been marked by supply shortages and long lines as growers scramble to catch up with the fierce demand.

So far, only four recreational cannabis dispensaries have been approved to open in metro Detroit. Of those, only two have opened so far: Herbology and 1st Quality Medz, both in River Rouge.

“The demand has been huge; we have lines daily,” Tarek Jawad, owner of Herbology Cannabis Co., tells Metro Times. “Supply is still slim, but I am still very, very well stocked.”

In the next 10 days, Herbology plans to offer online orders and in-store pickups so customers can avoid long lines.

About 80% of the state's cities, towns, and townships have passed laws prohibiting recreational pot dispensaries from opening within their borders. In Wayne County, 33 communities have imposed bans.

Unlike medicinal cannabis, recreational marijuana has a 10% excise tax and a 6% sales tax. Excise tax revenue goes to local governments, schools, and roads. Recreational marijuana sales are expected to top $150 million in sales and excise taxes in the 2020-21 fiscal budget, which begins in October, according to the Senate Fiscal Agency. By 2022-23, the agency projects the tax revenues will reach $262 million.