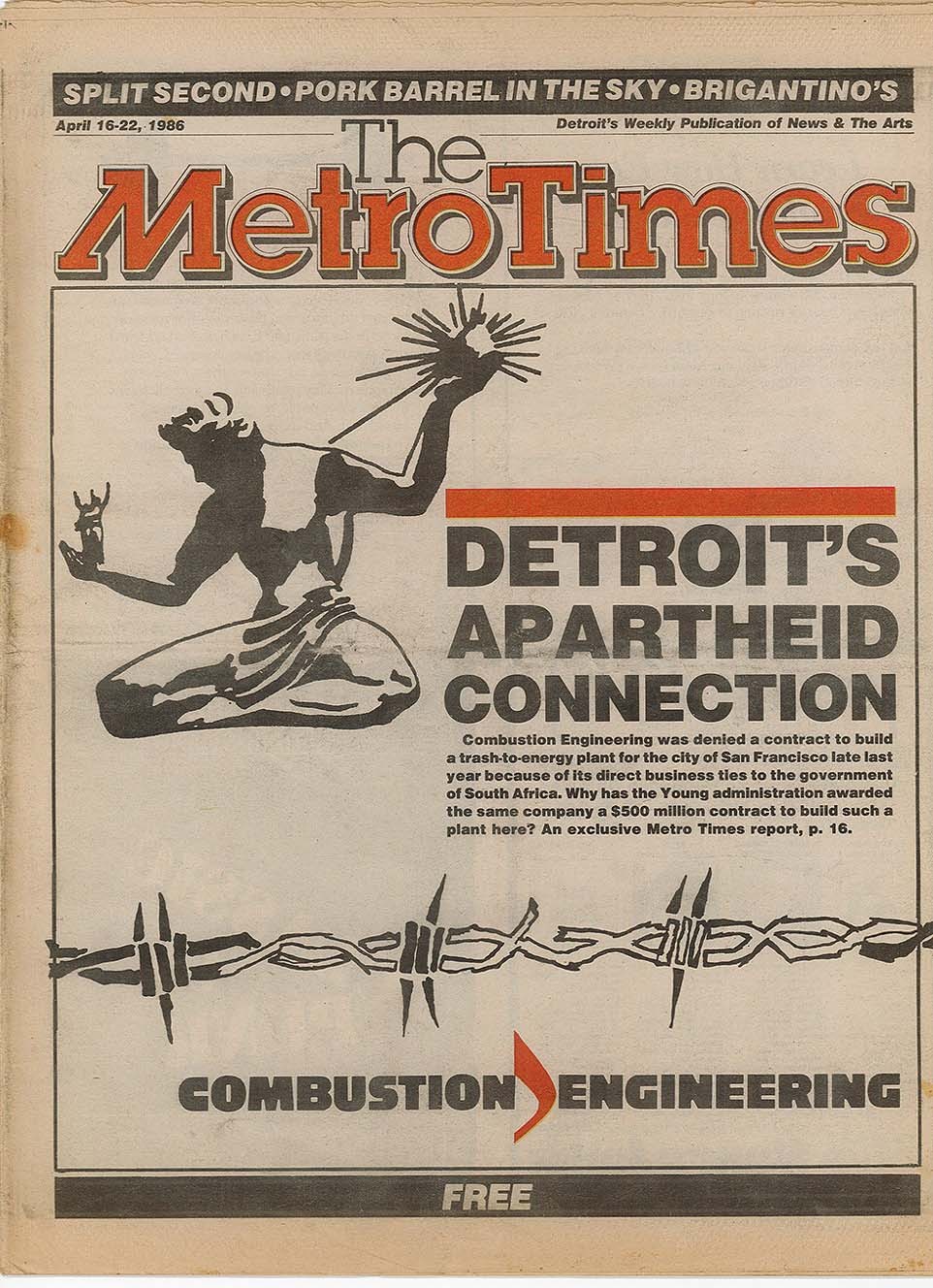 Reporter Rosanne Less made waves for a number of stories showing that Detroit developments had skirted anti-apartheid boycotts and ordinances meant to punish the racist government of South Africa. That included "Detroit's apartheid connection," an April 1986 story that showed the financiers of the incinerator had ties to South Africa. Less did it again in August 1988 with "Detroit's People Mover: Made in South Africa?" With the help of Frank Provenzano, they showed that "Made in South Africa" was engraved on some Detroit People Mover steel railings. The scoop forced the city to have the contractor responsible for the steel remove it, at a cost of at least $30,000.