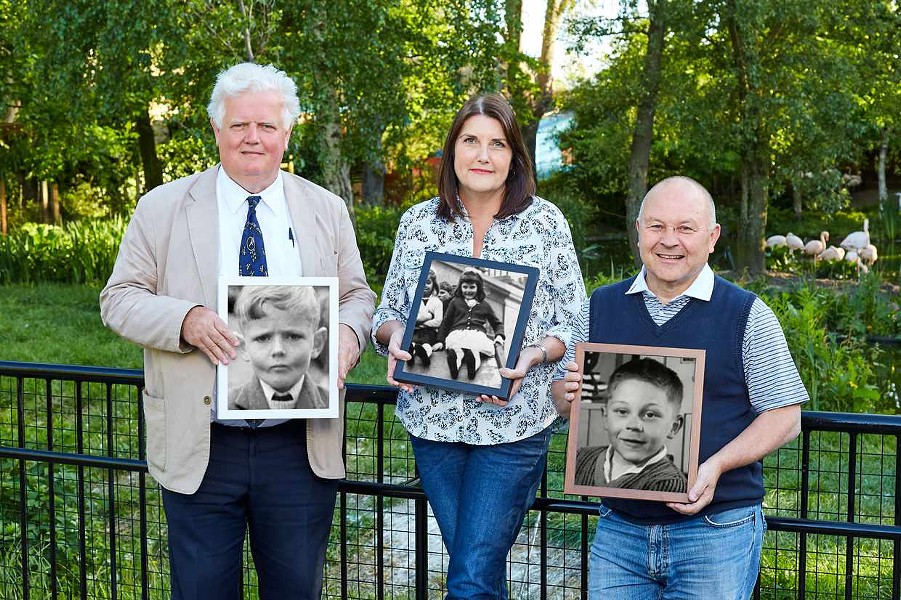 One doesn’t have to see the previous eight installments to have an understanding of Michael Apted’s new documentary 63 Up, not any more than they need to meet someone at age 7 to befriend them at a later time. This newest installment of the Up series, for those unfamiliar, revisits a cast of 14 Brits, with whom Apted (and his predecessor, Paul Almond) has checked in every seven years since they were 7 — when he began first filming them both together and apart in 1964.

Whether viewers see, in looking at the branching intersections of these mostly-strangers’ lives, motifs of similitude or difference will depend largely on what they bring to the film. It’s little surprise that the kids who didn’t get into Oxford were likely to have a harder time than those who entered, but it’s another thing entirely to watch the distinction play out across a lifespan. With a cast of subjects including nuclear physicists, local politicians, cab drivers, schoolteachers, and several near-retirees, the series (guided by character-driven segmentation and Apted’s structured, highly patterned set of featured questions) suggests nonetheless that across all these walks certain touchstones remain consistent.

In its pointed, brief examinations of on-the-record speech, 63 Up resembles some better world’s questioning of modern politicians, catching ordinary people in the jagged gulfs between their past words, old dreams, and present lives. It’s in some way a humbling comfort to watch this range of characters miscalculate, succeed, or show regret while reflecting on promises fulfilled or broken to themselves — often in ways rooted less in savvy than in luck or birthright — over so vast a span of time. “Married before 28… by 35, they were divorced” becomes a kind of refrain across many of these stories — which isolate each subject with Apted, a camera, and (via flashback and discussion) their own past onscreen personas, as recorded in previous installments. Such ironies aren’t explored meanly — what’s observed is something simpler and fairer: an observation of the human capacity to be wrong about oneself, particularly under the pressures of a more socially constrictive time. As has always been the case for any of us, predicting the future is hard to do.

The Up series hasn’t progressed without certain biases. Seeking, successfully, to draw in a wide range of class perspectives and economic backgrounds, the subjects featured nevertheless skew heavily white and male. Reflecting the film scene of England in the ’60s, which frequently addressed issues of class, 63 continues the thread by sometimes underlining, sometimes clumsily, the inequalities between its characters, even in places that such distinctions would already be implicit. Leaning as left as it rightly ought to, 63 remarks through anecdote on a half-century-long project of eroding social welfare, a consequence of the wealthy skimming from communal coffers at the cost of every other class. Even the well-to-do subjects are keenly observant of this, and the only Brexit Leave voter recants his decision onscreen.

Likewise stemming from the period in which the series was founded, this installment is shot quite plainly; talking heads, voiceover, and natural lighting predominate throughout, and the focus remains steadily on the film’s subjects, whose stories are examined adjacent to one another but rarely interwoven — insulated to preserve a sense of focus and directness within its tidy structure. The Up series was originated for television and often looks that way, hewing to a pre-prestige TV focus on presenting regular people’s lives; its only real twists come from its characters’ own experience. The film’s lack of aesthetic flourish actually suggests a directorial confidence in the project’s conception, its premise serving as enough of an experiment already. By sticking to the series’ established pattern and keeping things relatively simple, Apted makes the film not just manageable to produce but easy to take in, giving its stories and large cast enough space to breathe.

Within its stiff structure, 63 both reflects its age and feels full — to me — of both character and life. Taking as a given the value and insight of its subjects, it memorializes unsentimentally (via the words of family and old footage) the few original subjects who — for varying reasons — are gone. At 78, Apted is his subjects’ senior, which is helpful in a way; he’s older enough than each to have some insight into how they’ve grown, and while watching it’s quite heartening to see him pass some of that same knowledge on to them. Better still, its subjects seem more capable for it, of gauging themselves and looking forward, grasping what’s ahead more finely, or working through how things have gone. Embracing characters whose lives feel far from over, Apted’s regard for them feels — considering their age — unusually forward-looking, and humane. Though no one perspective is universal, 63 Up’s remains admirably considered, sweeping, and reflective, which is all just as it should be. It’s less an elegy than an ode to life.