46 Russell Street Deli 2465 Russell St., Detroit; 313-567-2900: Among the favorites our sources pointed to are the banana waffles, the TLT, and its housemade veggie burger. The amazing soup roster includes vegan options like carrot ginger, crushed lentil, and Cuban black bean.

47 Royal Kabob 3236 Caniff St., Hamtramck; 313-872-9456: All the Mediterranean favorites are made at this Hamtramck restaurant. Its sour and salty fattoush and hummus are among the best east of Dearborn.

51 Riviera Pizza Ottawa Street 1959 Ottawa St., Windsor, Ontario; 519-254-1334: Sources say they make the world's best vegan cheese in house, but won't reveal the secrets. "It tastes like you're eating a Hungry Howies pizza," we are assured. 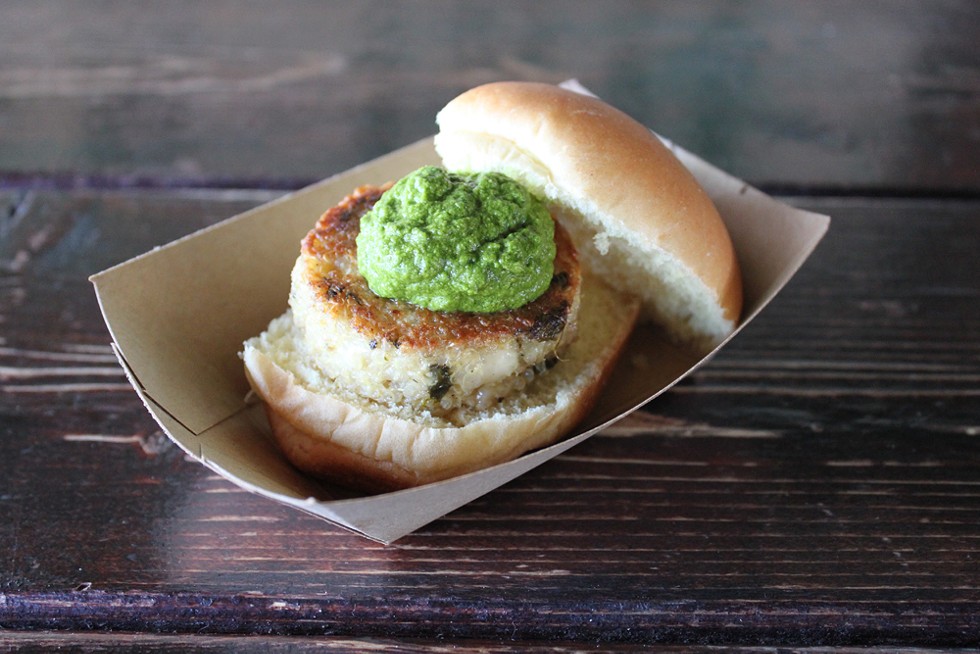 53 White Castle Multiple locations: Yeah, we know... but it's hard not to get excited about filling a Crave Case with vegan (Dr. Praeger's) sliders or black bean sliders.

54 The Wurst Bar 705 W. Cross St., Ypsilanti; 734-485-6720: Ypsilanti's sausage house didn't ignore that Washtenaw County is home to tons of vegetarians and vegans. Find hits like the Hot Seitan made with red pepper, paprika, fennel (uncased), or the Chick-fu made with tofu, vegan chicken stock in a southern fried "chicken" patty served with L.O.T., and pickles.

55 Shish Kabob Express Multiple locations: The menu is fairly standard for what one would expect at a Mediterranean restaurant, but the falafel and grape leaves come highly recommended.

56 Arbor Brewing Co. Multiple locations: Vegan Poutine (thick-cut seasoned fries, avocado, vegan curry, gravy and sliced scallions) are worth the trip, and there are a lot of directions one can go with the vegan burgers.

57 Chili Mustard Onions 3411 Brush St., Detroit: File this under "on it's way," though you'll be able to find it as a pop-up from time to time. As we reported, owner Pete LaCombe brilliantly came up with the idea of establishing Detroit's first vegan coney island. Expect all the delicious but meaty menu items you'll find at a regular coney island, including Detroit's venerable coney dog. Beyond that, LaCombe serve dishes like pierogi, Hani, gyros, and much more.

58 Treat Dreams Multiple locations: The craft ice cream parlor keeps up to five vegan options in its freezers, like cookies and cream, dark chocolate, lavender, and many more.