894 people have been shot and killed in Detroit since 2014 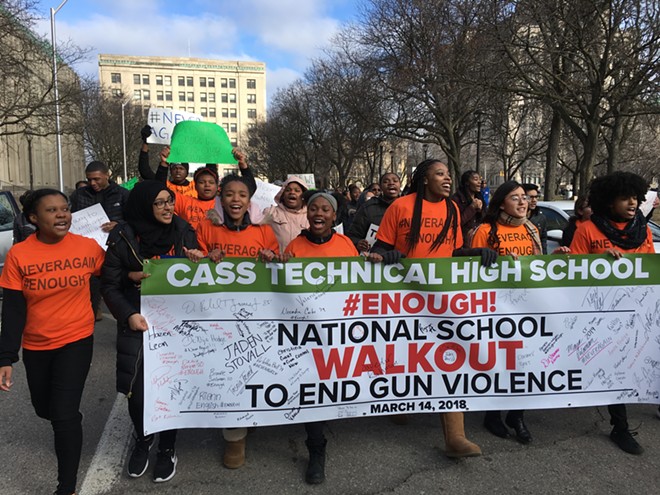 Nearly 900 people have been shot and killed in Detroit in the last six years, according to a report by The Trace.

A nonprofit newsroom covering gun violence in the U.S., The Trace recently updated its interactive map of gun violence in the country. The map shows all shootings, both fatal and nonfatal, that occurred over the last six years, from Jan. 1, 2014, through Dec. 31, 2019. The data excludes suicides by firearm.

In 2018, Metro Times reported that the gun violence appeared to be “evenly concentrated throughout the east and west side of Detroit.” That trend appears to be continuing with this updated data.

The Trace also reported that there have been 190,000 shootings in the U.S. overall during the same time frame.

The interactive map allows users to sort by fatal and nonfatal shootings. It also allows filtering based on whether it was a mass shooting or accidental shooting, or whether an officer or child was involved.

The data was compiled by the Gun Violence Archive, a nonprofit organization that collects information about gun violence incidents in the country from a variety of sources, including media and law enforcement.

For more information about the map, visit thetrace.org.