A bullet in the head 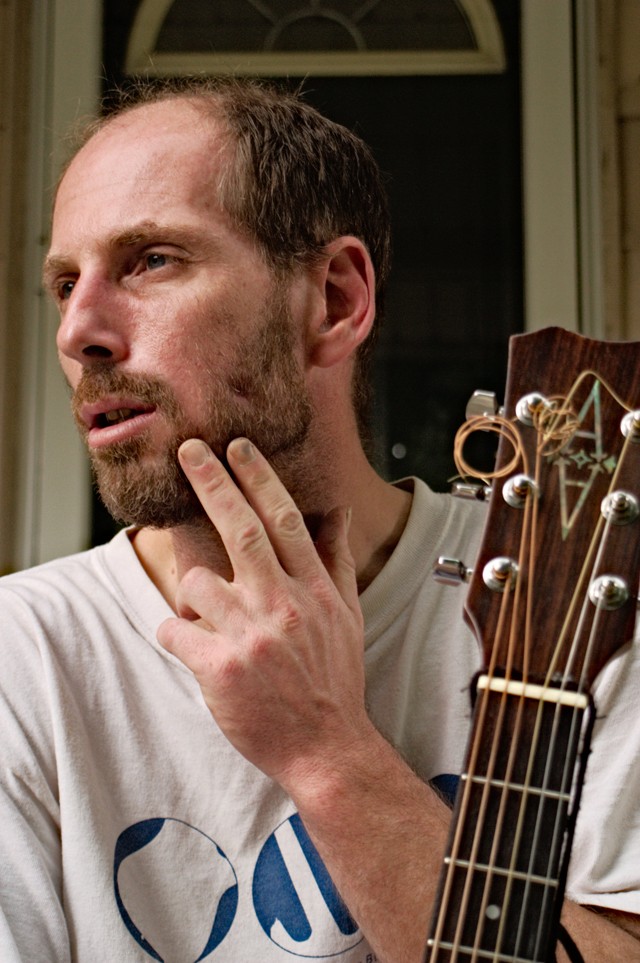 It's 1 a.m. on Thursday, June 30, at Eight Mile and I-75, almost on the border of Hazel Park and Detroit. Mike Anton, aka Manton, singer and guitarist with folk-ish rock trio the Mantons, is in his basement messing around on his computer when he hears four distinct knocks on his front door. As a musician, Manton often gets visitors at odd hours, so this, in itself, isn't particularly unusual.

He runs upstairs and opens the main front door, though not the glass storm door in front of it, and looks out into the darkness, seeing nothing. He thinks that he's been ding-dong-ditched until he hears a loud boom and feels the pain. A bullet has gone through the glass and into his face. It has entered via his left cheek and has shattered his jaw, where it lies embedded.

Yep, Mike Anton has been shot in the fucking face.

Just two weeks later, Manton is at home talking to City Slang with more ease than his recent experience should allow. His jaw is wired, but he's making a fast and remarkable recovery. He knows he's lucky.

"I could have died or gotten brain damage," Manton says. "My jaw got shattered and separated — the lower part. The bullet was lodged in there. I'd never been hit by a gun before. I didn't know what was going on. I backed off and I thought I'd been hit by a rocket. It was really hot and it hurt. Obviously something's wrong. I go into the bathroom to see what it is, and by that time blood's just rushing out of my face. There's blood all over the place. I thought I was gonna die. It's insane. I ran downstairs looking for my phone, because I only have this cordless phone that lies around my house and I don't know where it is half the time. I found it upstairs and called 911. I never lost consciousness or went into medical shock. They came in a minute or two. The cops were everywhere. They put me on a gurney thing and took me off to the hospital. I was there for about five days. Lucky for me, because the longer I was in, the longer it costs. I was available to recover quickly."

At the hospital, Manton was in the right hands, but he certainly wasn't out of the woods.

"They have rules in case of spine injuries," Manton said. "They had to strap my head to a board. I'm going, 'If you do that I'll choke on my blood because I'm bleeding in my mouth.' It was a bit of an argument. They decided to put me on an angle. In the trauma room, they did the same thing and laid me on my back, and I started choking on blood. I stuck my hand in my mouth and pulled out what I thought was a tooth, but I think it was a piece of my jaw, a little white piece of bone. They had me wash my mouth with saline and clean the outside with saline solution, and that was it. No stitching. They put me in the intensive care unit to wait for the right surgeon to show up and put me back together."

"They have no idea," Manton said. "There's been a lot of speculation. I don't really know anybody who'd want to do something like that. It was like an assassination. They didn't rob or steal anything. The door to my car turned out to be open all weekend. It's not like my neighborhood is at all dangerous. The neighborhood isn't Sterling Heights or Farmington Hills, but it's not crack houses and chop shops either. It's just basically a blue-collar neighborhood. I've been here for eight years and never felt unsafe. The bullet is with ballistics. They think it's a .22. I have a hard time grasping what would motivate someone to do something like that. I'm not involved with drugs or anything like that. This is just a random thing to happen. It's no good for anybody. It's no good for the city, the neighborhood, for me, for the people who live around here. With the economy as bad as it is and the housing prices as bad as they are, when something like this happens, what if I decide to move out and leave, then what happens to this house and the neighborhood?"

When you examine the facts, it's a terrifying situation. An apparently random, unmotivated attack — it really could have been anyone. Anton, a sweet-natured dude who comes across as part hippie-bohemian and part old-school Detroit rocker, would be pretty low on any gangster's hit list. He was apparently just in the wrong place at the wrong time. Scarily, that wrong place was his home. The shooting incident is the harsh icing on a shitty cake Manton has had to swallow over the past year, including the breakup of his 11-year marriage.

He certainly deserves more luck, because Manton is extremely talented and has been working his ass raw for years, earning pennies. Yes, a familiar story, but, not many musicians get shot in the face for their troubles.

As well as being an accomplished solo singer-songwriter "in the early acoustic Dylan vein," Manton has two bands. He describes the Mantons as "smart-rock," explaining, "I like to play with effects on my guitar. There are simple, three chord songs and others that have movement. It's an organic sound."

Meanwhile, the Factory Girls are, in Manton's words, a "pickup band. It's louder than the Mantons, and much more garage rock. Singer Kyle [McBee] was in a band called Black Lodge. Bassist Eugene [Strobe] played with the Witches, and also the original lineup of the Sights, I think. Drummer Scotty Stone plays with Marco Polio & the New Vaccines among others. The Factory Girls is loud, raunchy fun."

Mike Anton has to spend five more weeks with wire in his jaw and then he can try to forget about the bullet that spent some time inside his head. How exactly is he going to do that? "I'll have to have a show," he said. "The Mantons will have to play. Kyle's been talking about doing a benefit show for my medical bills too. Myself, I have some hard decisions to make. I'm at the halfway point in my life, and all this stuff has happened in the past year. I have to decide what to do with the rest of my life. I have an old bus that I used to live in. It still runs — it's in the garage. I'd like to take off and do some solo stuff in that. I lived in it and saw the country back in the early '90s, and I'd like to do that again. That's my dream."

Get driving then, sir. After all, you only live once.

The Mantons' Squeeze the Fish album, self-released, is available now.