A contender for the friendliest sports bar in Detroit

Briggs Detroit is a breath of fresh air 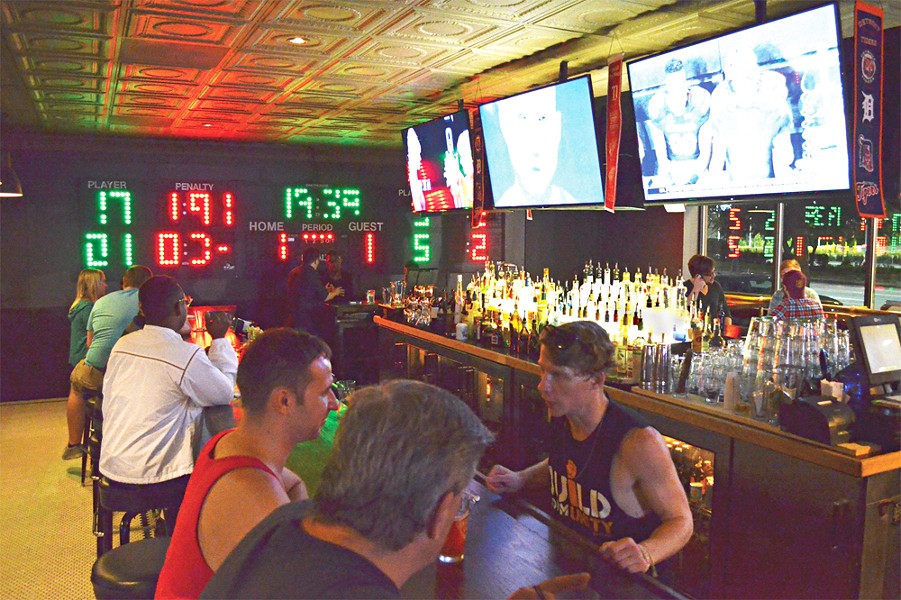 We don't take our sports lightly here in Detroit. Detroit sports fans are passionate and die-hard, which also means that they are passionate and die-hard when it comes to the bars that we chose to watch said sporting events because, unfortunately, we all can't make it to every home game. There are the classic bars like Hockeytown Cafe or Harry's near the new Little Caesars Arena, but Briggs has a different vibe.

The bar opened in 2015 and has been a hot spot for Tigers fans to have a few drinks and watch the game this summer. "Our initial intent was to open a neighborhood bar," co-owner Rocco Tossone says. "We knew exactly where we wanted to be, and this time it was in Detroit."

Tossone and his business partner Tim Moored, formerly of The Fern in Ferndale, so they had some experience with establishing a local, neighborhood feel.

The staff is super friendly and inviting when you step into the bar, which sits at the corner of Jefferson and Beaubien. That friendliness sets Briggs apart from other bars and restaurants in the city. When so many of them give off the feel they are just existing to exist, the staff at Briggs genuinely seem like they want to be there.

The most obvious thing that also sets Briggs a part from the rest is the fact that it is a gay bar. Contrary to popular belief and shitty stereotypes, gay and queer men can like sports just as much as cisgender straight men. It may come off as shocking to some people, but being gay and liking sports are not mutually exclusive.

Of course Briggs is open to any person who identifies as whatever they feel like, but the idea that a sports bar exists that caters to the LGBTQ communities in downtown Detroit is pretty fucking cool, especially considering that the last gay sports bar that was in the city was TimeSquared, which closed in the '90s.

The bar also serves as a safe place for gay men who do not see themselves in the mainstream gay culture. Entertainment tends to depict gay men as the three Fs: feminine, fabulous, and fierce. While there are plenty of gays who are absolutely feminine, fabulous, and fierce (looking at you, RuPaul) there are also gay men who are construction workers who love to drink Bud Light and watch the Lions, Tigers, and Bears (not the Bears you're thinking of).

So keep on doing you, Briggs Detroit! With an awesome-looking menu full of craft burgers and sandwiches, Pride events, and lots of sports on the TV, Briggs has found a home in Detroit.