The case that would become one of Krebs' first identifications began with one of those feeble police investigations. It was the case of Shawn Patrick Raymond of Algonac. In the summer of 1983, Raymond was an attractive, popular kid, a newly minted high school graduate looking at a bright future. He had embarked on a modeling career, signed up for classes at community college, and, at 19 years old, had reached the legal drinking age in Michigan. According to the family, Raymond had already come out to his mom as gay, and, on a fateful night in July, he drove down to Detroit, to meet friends at Menjo's Bar. He was last seen leaving that bar. 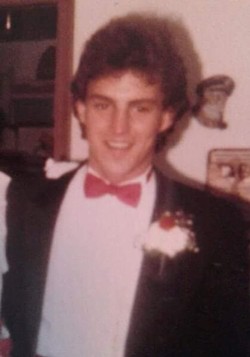 Back then, Kathleen "Kit" Conyers was Raymond's 14-year-old little sister. Now she's a mother of three working for the Pinellas County Sheriff's Office in Florida. She remembers, "It was totally out of character for him to not contact my mom in some way to let her know that he was OK. So we were immediately worried and everybody was scared."

Police in Algonac and Detroit, however, gave the case short shrift, Conyers says.

"They told my mom that he was an adult. He went to live his own life. Given that it was from Menjo's Bar, a gay bar, it was laughed at back then." She says the search for answers was also frustrated by witnesses who either dummied up or "lawyered up."

More than 20 years later, in October 2003, Krebs started facial reconstruction on a skull that had been dredged out of the Clinton River in 1992. As the skilled forensic artist worked, a face emerged. What happens next sounds straight out of a cheap crime novel: A sergeant Krebs worked with saw the face and swore he recognized it. It reminded him of a former co-worker at an Algonac restaurant. That co-worker's name was Shawn Raymond, and he pointed Krebs toward the case. Amazingly, dental records proved the sergeant correct.

But when the identification kick-started the investigation some 21 years later, the lack of results frustrated Conyers — though she praises Krebs and other state police for trying to restart an investigation "using 20-year-old notes written on scrap paper." Conyers says detectives were especially suspicious of one witness who said he'd speak to police, but kept putting it off for months and ended up getting a lawyer instead.

For all the nice things she has to say about the Michigan State Police, Conyers says the positive ID has offered little real relief. After the investigation stalled, she says, "Everybody went on with their life except for us."

"I don't know where people come up with the word 'closure,'" she says. "I mean, that's the first thing that everyone we knew said: 'Well, there you go. Now you have closure.' Well, not really. Because, like, for my mom, now we knew for sure he's not coming home. But, as a parent, she's still wondering: How did he end up in the water? Did he drown? Was it an accident? Did somebody kill him? Did he suffer? What were his last thoughts? You know, it brought up a lot more questions."

Or take the case of Donna Davis. Her daughter, Tamala Wells, disappeared two years ago in Detroit and hasn't been seen since. A former Detroiter, Davis, 54, moved her family to Cape Coral, Fla., in 2000. But Tamala stayed behind in Detroit with her longtime boyfriend and the daughter they'd had together. Davis alleges the relationship was abusive, and that Wells was making plans to move down to Florida before she disappeared.

Davis clearly recalls the last time she spoke to Wells on the telephone. "It was Monday, Aug. 6, 2012," she says. "It had to be about 9:30 in the eveningtime. I could hear a little something that wasn't right in her voice. And believe me, that plays in my head every day."

Wells cut the conversation short, saying she was out at a friend's house. Davis asked her to call when she arrived at home. The call never came, and the sudden silence was ominous to Davis and her family. Since that night, she has spent three years trying to find her missing daughter and she makes no secret of her suspicions of who is responsible.

She has spent thousands of dollars on fliers, T-shirts, and cards, and with the help of victim support group Crime Stoppers of Michigan, was able to get a billboard up for nine months.

Would it offer Davis relief to know Tamala was deceased? 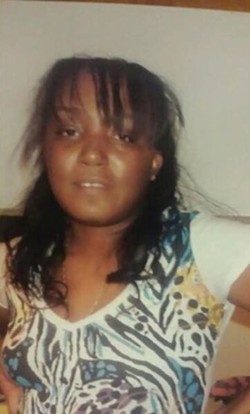 "It'd offer me a way to stop the search, because you can't tell me until you show me," Davis says. "It's going to hurt, of course. I'm still holding out hope. Everybody that knows her is."

Her chief hope for a positive identification is that it will restart a stalled investigation. She claims Detroit's detectives laugh at her when she calls. She says one told her, "She's probably in the Detroit River floating to Canada."

"Really?" Davis says. "I flew 2,000 miles for you to tell me something like that? To be so unprofessional and disrespectful?"

Conyers' and Davis' allegations seem to offer extreme examples, but Krebs says not all agencies stick to best practices when it comes to missing persons. "If there is no actual blood trail to show that there is foul play involved," she says, "some law enforcement agencies will not take it seriously — or they don't take a report at all.

"We're really lucky with our agency," Krebs says. "We have strict official orders that if someone comes in to report a missing person, we take it. It doesn't even matter who's coming to report. You'll hear some agencies saying, 'Well, you're not in the immediate family.' You're a neighbor or a girlfriend, so you can't report them missing, and they turn them away. I've heard all sorts of excuses from law enforcement to these families. A lot of families get discouraged and they never come back. I do a lot of training for law enforcement, and I always encourage them to take those reports and treat the families with respect. Pull a number, document it, get it in the database, and then we can potentially solve the case."

A state police sergeant challenging careless police practices? It's just one small part of the work Krebs does, and if anybody should do it, it's a trooper like Krebs, one doing practical forensic work. Her job ends up making her an advocate for victims and their families, for the marginalized people, the poor and the homeless she sees represented on slabs every week. It's no stretch of poetry to say that she attempts to speak for the dead. She does so daily, amply.

And what keeps her going are the questions the dead provoke. Her latest fascination? A floater found in front of Hart Plaza this June, a clean-shaven white male with gray and brown hair between the ages of 25 and 45. He was wearing a blue-and-white button-down shirt, and dark wash Italian jeans with a black leather belt. Most interestingly, however, was his footwear, Hermes shoes.

"The shoes retail, I think, at $980," Krebs says. "I looked up that exact pair. So he's interesting. Why has nobody come forward for him?"

She adds, "He could be from Paris."

People may report missing persons to Michigan State Police by calling 866-638-4847. The Missing Persons Coordination Unit holds an annual event called Missing in Michigan each May, when families may donate DNA, file reports, and conduct online searches. To learn more about next year's event, tentatively scheduled for May 14 in Detroit, or to learn about providing DNA samples, email Sgt. Sarah Krebs at krebss@michigan.gov. The NAMUS database is accessible to the public at namus.gov.