A poet speaks about her work, Detroit and how ‘Detroiters are not spoiled’

Find beauty where you can 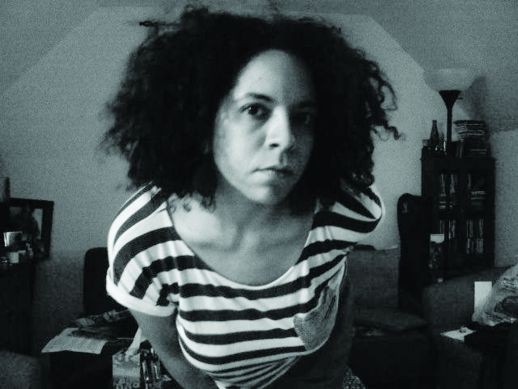 Detroit poet Francine J. Harris (usually rendered francine j. harris in her books) had her first book of poems, allegiance, published last year by Wayne State University Press’ Made in Michigan Writers Series, was recently short-listed as a finalist for the Kate Tufts Discovery Award, a sort of Rookie of the Year distinction that aims to recognize outstanding debut books of poetry.

The poems in allegiance pledge more than mere allegiance to youth, city, self. They pledge assault. These are poems that are teeth-baring, snarling, pit bull feral and fierce, poems that lunge out at you from the page and aim straight at the jugular, then eat their way down to the heart. She tells it like it is and then tells us more than we think we want to know. Her poems push us down, nose-down, face-down, to listen to what we might not want to hear. She tells us what we might not otherwise see, or even bother to look at. Call it the underside. Say it is the unsaid. Her poems do what most poems forget how to: They tell us how it is to live. To take a line from one of the poems, “these poems break their teeth on concrete, to see if it’s the teeth that bleed.”

We interviewed the poet by email about her book and about growing up in Detroit and what it means to be a poet of and from Detroit.

Francine J. Harris: Yes, I grew up on the east side of Detroit, near Van Dyke and Harper. I remember writing poems with crayons, so I guess I could say always, but I started to love poetry in high school. In fact, I think I am one of those “poetry saved my life” people. High school was pretty awful for me. I had a hard time with the kids. Home was loving, but difficult for a variety of reasons. I was socially awkward as fuck. And though I was resilient, I think I registered as weak to kids in a weird way. Hypersensitive. Nonresponsive. Nonverbal. I grew up an only child, and didn’t know how to talk shit, and talking shit was pretty much everyone’s best defense back then. If you couldn’t kick someone’s ass, you made sure to tell them how badly you could. But I had a hard time with words.

Then, in ninth grade, my best friend called me and said she wanted to read me something, and she read me a poem. It was kinda’ standard high school poem stuff. Some meter and rhyming. I asked her who wrote it and she was like, “I did.” And I remember being shocked — because the language was so intense, so intentional. The diction was sophisticated and precise. And though we were kinda’ nerdy, we just didn’t talk like that. And I thought “Man, there’s a whole side of her I don’t even know,” and I wanted to do that — to emerge from language like that. So I wrote a poem back to her, and we developed a tradition of exchange that lasted through high school.

But mostly, I was a loner. I snuck away to the parks and libraries. I found shelves with some writers I fell in love with real quick, like the Black Arts poets and the Beats, and some of the transcendentalists, like Thoreau and Whitman. I recognized something in them. Language, sometimes. Sometimes, the desire to be away from every single human being. And then, I think like a lot of young writers, I found solace in trying to talk back to them. I tried to write like them, and that felt like conversation, and pretty soon I had pages of stuff that looked like Emerson if he’d hooked up with e.e. cummings and became a Black Panther — and a woman. So the poems became a way to figure out how to say things, and also an escape. My head was already out of the hood; I was already gone.

MT: Do you see yourself as a Detroit poet? What does that mean, to you, exactly: a Detroit poet? Is it more than simply being from the place itself? Is it an attitude, a stance, or something else entirely?

Harris: I do and I don’t see myself as a Detroit poet. It depends on the day, and the context. Being from Detroit is a singular kind of experience, I think, and then I have a strange history (not that every history isn’t strange) just because of how I grew up. But as someone who feels like I could have easily been ruined by this town (and was, in some ways), then leaving and having to come home and come to terms with it, I am filled with stories that I wonder if I’ll ever tell, or ever even want to tell. The thing is, I do feel like growing up in Detroit sort of naturally forces most of us to deal with trauma. Be it the political climate of trauma in our government or our schools, or the peripheral trauma of watching people and families suffer in a myriad of ways, or the more difficult, personal trauma that is really tough to sort through, let alone disclose. There. Now I just said growing up in Detroit means being mildly traumatized. I don’t necessarily think that’s a bad thing. Detroiters are not spoiled. We are used to disappointment in a weird way, so we don’t go through life thinking everything has to go our way. We’re OK with change. With deterioration. And I mean, in that transcendental way. We know things die. We love them while they last. I think that kind of familiarity with decay is somewhat particular to Detroit. It allows for a kind of duende in the art, I think.

MT: How does the city, then, as landscape, or as something more than just physical landscape, inform your poems? In “you, old meany” Detroit is portrayed as a stinky-breathed, foamy-lipped, spit-when-you-talk kind of a place, though that same poem ends with a sort of plea when the speaker says, “detroit, take off your clothes and come to bed.”

Harris: I mean, I see it as a love poem. It was written after Ginsberg’s “America,” because I was feeling emotional about Detroit in a way that paralleled Ginsberg’s late 1950s experience with America. America is a sentient being in his poem, and Ginsberg is making an appeal to the poor creature, asking why it lets itself get abused so badly. He seems concerned, and I suppose that’s how I feel about Detroit. I have a complicated relationship with it. I worry about it. Sometimes it makes me sick. Sometimes I miss it so bad.

As for the language, it’s about contrast. For most of my life, I have been fascinated with image and contrast. I think that is also partly because of Detroit. My mother and father used to complain that when they drove past my high school, they thought it was so depressing because everyone was “dressed in all black.” That’s where that line in the later poem, “red in the mess,” comes from. They were always pushing me to try and stand out, to be different. Of course, that’s exactly the opposite of what a lot of kids want. I just wanted to disappear and hoped no one noticed. But I think the message resonated. Move around to some of these “nicer” cities, and you realize people fit in, in almost the opposite way. Everything has to be bright and clean and orderly. What stands out anywhere is the contrast and that’s often beautiful. And then sometimes the contrast is in finding something beautiful that isn’t seen that way — wild pit bulls, Styrofoam in the street. The eye wants to find beauty where it can. I think that’s what the poem is about.

MT: How has moving away from Detroit changed the way that you look at and see and ultimately write about Detroit?

Harris: I left Detroit when I was seventeen, and my view on reality shifted drastically. I moved to Arizona. I’ve lived in Chicago, the Northwest, New York. So I’ve lived in cities that people see as some kind of cultural mecca, and I’ve lived in deserts — literally and culturally. It made me realize how limited my scope had been. I think there’s a part of my brain that didn’t understand that anything existed outside the one-mile radius of my childhood home. I was poor, so we didn’t travel any fucking place except once I went to Ohio on a Greyhound for a wedding we didn’t even make it to on time, so that sucked. There’s this weird thing about the brain. Everything is matted square in a magazine, or black and white footage, or old film reel in your head until you’re there. Those people don’t really exist until they are part of your living life. It can’t be any different with the Internet. It’s still not experience. That’s why I tell any kid debating whether or not to go to Wayne State or take that out-of-state scholarship, to go. Get the fuck out. Come back if you want. But let kids in Missouri come to Wayne State. Or upstate New York. (They really need to come, so they can meet some black people to care about). But man, just go get some alternative perspective. I can’t quantify how it changed things. It changed everything. Completely.

Francine J. Harris reads at 8 p.m. Friday, March 29, at the Detroit Institute of the Arts, as part of the Friday Night Live! at the DIA.