A selection of restaurants, taverns, and bars for all your Super Bowl needs 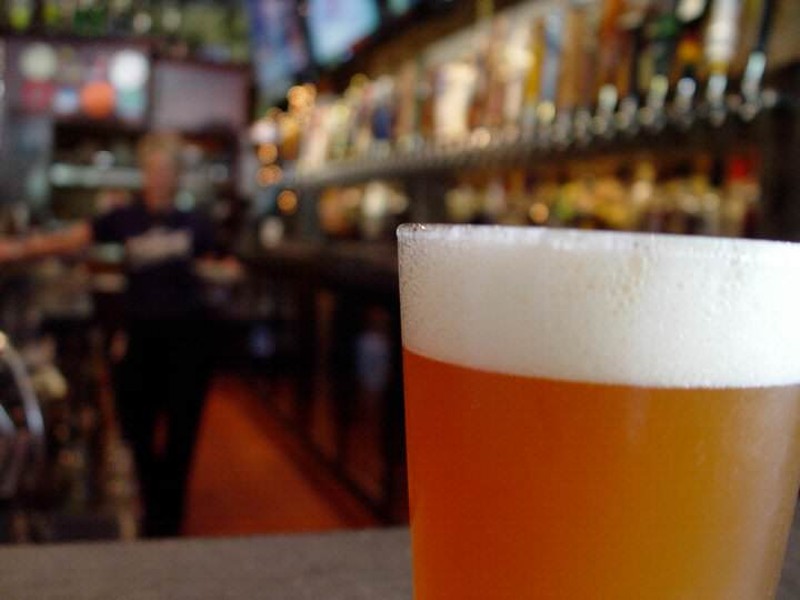 Bogart'z 17441 Mack Ave., Detroit; 313-885-3995: Owner Jason VanBiervliet tells us he's ready to unload a year's worth of swag from the beer and liquor companies, with giveaways including T-shirts, beer koozies, key chains, maybe even a gift certificate. Expect $3 Jack Fires, $3 select craft beers, $4 Bacardi Oak Heart drinks, $2.50 Bud Lights and Bud bottles, as well as a build-your-own-nacho bar. Best of all, Mack Avenue, which was torn to hell for eight months, is back to normal.

Boston's 15133 Hall Road, Shelby Twp.; 586-247-4992; bostons.com: Having been on Hall Road for about eight years, this Boston's location has been through a Super Bowl or two. They have a system down-pat, and can take reservations for parties as large as 10 in their sports bar, which boasts 20 TVs and an overhead. Giveaways will include beer and sports memorabilia, gift cards, T-shirts, and a flat-screen television.

BZ's 36071 Plymouth Road, Livonia; 734-261-0555: It's SuperBall Zunday (geddit?) at BZ's, the bar that's a part of the laugh factory Joey's Comedy Club. It's also where they'll be slinging $10 buckets of Miller bottles, $10 buckets of boneless wings, and $5 cheese pizzas. Sports fans can also expect Miller and BZ's giveaways, and the brand-new owners have installed about a dozen freshly minted flat-screen TVs. The specials start at 5 p.m.

CJ Mahoney's Sports Grille 2511 Livernois Road, Troy; 248-273-4600; cjmahoneystroy.com: As implied by the "e" on the end of "grille," Mahoney's is a sports bar with an ambitious menu. You can order your wings and skins, sure, but the kitchen can also prepare a 12-ounce New York strip fettuccini Alfredo, and a grilled chicken breast dinner. Nothing was firm at press time, but they anticipate having a bunch of specials on both drinks and food. All that, and 35 TVs too.

CK Diggs 2010 W. Auburn Road, Rochester Hills; 248-853-6600; ckdiggs.com: Family-owned and -operated, CK Diggs bills itself as a "classic American bistro" — but don't take that the wrong way, sports fans. With 41 beers on tap, an appetizer menu that includes wings, skins, and beef tips, and flat-screen TVs everywhere. What's more, they should have plenty of Atwater on tap starting with Thursday's nine-tap takeover.

Dooley's 235 Groesbeck Hwy., Mount Clemens; 586-954-1800; 32500 Gratiot Ave., Roseville; 586-296-2739; 12414 Hall Road, Sterling Heights; 586-323-3501; dooleysirish.com: Dooley's is "the place to watch all your favorite professional and college teams with your friends," and their Super Bowl Sundays bear it out. The Mount Clemens location has no special events planned, but its 20 to 25 televisions should do the job. The Sterling Heights location will have a third-quarter buffet, free squares before the game, with prizes and even some cash, and one lucky winner will get $250 in "man cave" accessories. But the Roseville location offers the most: It will have a buffet, usually for a packed house; the staff recommends reserving a table ahead of time or arriving early. Also, the Roseville location will do a "man cave" giveaway of its own that includes a television and entertainment center.

EG Nick's 500 Forest Ave., Plymouth; 734-414-6400; egnicksplymouth.com: Open since 1951, this place is actually older than the Super Bowl itself. The only thing is, it's a private party. You have to pop in to buy tickets, but $30 gets you all you can eat from the buffet tables, two drink tickets, and a shot at prizes. Guests will watch the Super Bowl from two huge pull-down screens in the restaurant and on 11 TVs in the bar.

Roger's Roost 33626 Schoenherr Road, Sterling Heights; 586-979-7550; rogersroost1.com: A mainstay in Sterling Heights since 1968, with its 42 televisions, Roger's Roost is an appealing place to take in the big game. But what clinches it is the free buffet at halftime, $10 buckets of five domestic beers, creative Mason jar cocktails, and a menu that has all your favorite finger foods but aspires to greater culinary heights as well.

TAP inside MGM Grand Detroit, 1777 Third St. Detroit; 877-888-2121; mgmgranddetroit.com: The sports bar inside the MGM Grand Detroit casino is more than a sports bar, its almost a Detroit sports museum — with photos, trophies, and glass cases of memorabilia. Then there are the more than 50 beers. We hear the good people at TAP have nothing special planned for the big game, but just a typical drinking and dining experience at TAP is extraordinary, thanks to top-notch service, a creative kitchen (try the mac-and-cheese sticks), and the dozens of flat-screen TVs.

Did we miss your favorite place to watch the Super Bowl? Add it on our online comments, or let us know at eat@metrotimes.com.