Advice is not a crime 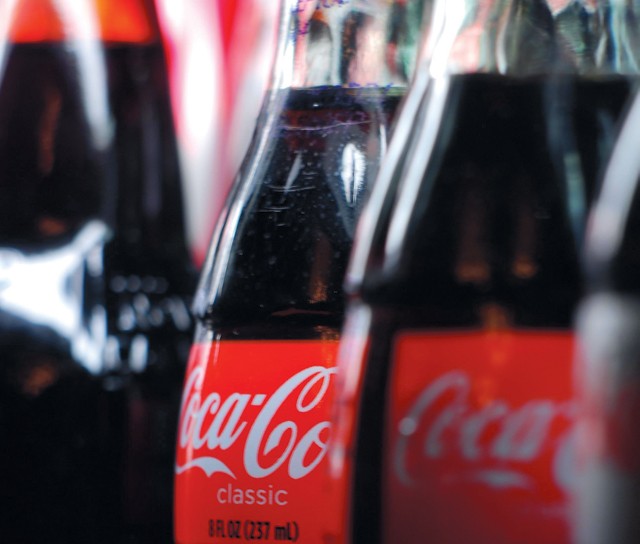 When Steve Cooksey was diagnosed with Type 2 diabetes, a registered dietician advised him to eat a low-fat, high-carbohydrate diet. Rather than follow that advice blindly, Cooksey read the available scientific literature and decided to do roughly the opposite of what he'd been advised. He proceeded to lose 78 pounds on a high-fat, low-carb diet that was nearly absent of processed foods. Cooksey's blood-sugar level dropped into the normal range, and he was cleared by his doctor to stop taking insulin. Three years later, Cooksey remains slim and healthy, but now finds himself with a different sort of diet problem, thanks to a letter he received from the North Carolina Board of Dietetics/Nutrition. It accused him of practicing nutrition counseling without a license, and threatened to charge him with crimes that could result in jail time if he refused to make changes to his blog, diabetes-warrior.net.

The legal basis for the letter is a North Carolina law known as the Dietetics/Nutrition Act. It's one of 47 state laws that criminalize the giving, by "unlicensed persons," of nutritional advice regarding a medical condition. Such laws are in place largely due to lobbying efforts by the Academy of Nutrition and Dietetics (AND), the professional organization that represents the nation's registered dietitians. (Until recently, the AND was known as the American Dietetics Association).

The North Carolina law claims its purpose is "to safeguard the public health, safety and welfare and to protect the public from being harmed by unqualified persons by providing for the licensure and regulation of persons engaged in the practice of dietetics/nutrition." But internal memos recently leaked to Forbes via AND members concerned with the direction of the organization paint a different picture of its purpose:

The document goes on to explain that laws like North Carolina's can be enforced only if somebody files a complaint against a violator, and encourages RDs to file complaints against unlicensed persons practicing nutrition counseling.

According to Judy Stone of the Michigan Nutrition Association, the Michigan Board of Dietetics and Nutrition used a similar tactic in 2006 to "prove" to legislators the need for a licensing law to protect the public. It ran a contest in its newsletter to encourage submissions by Michigan RDs of undocumented anecdotes of harm caused by non-RDs.

"People have to choose what they eat every day, many times a day," Stone told me by phone. "Nutrition knowledge has traditionally been handed down by family, and healers in the community. If a husband says to his wife, 'Hey, I think that granola is bad for your blood sugar,' he is giving nutrition advice about a medical condition. Where do we draw the line?"

In addition to protecting the interests of its registered members, AND is also beholden to corporate sponsors, such as Coca-Cola, Pepsi, Mars, Hershey's, General Mills and other makers of the kind of processed foods that Cooksey, and many others, have recovered from illness by quitting. Coca-Cola sponsors continuing education courses that RDs can take to earn the credits they need to maintain their certifications. This relationship between food processors and AND sets up a conflict of interest that hinders AND's ability to protect the public health, Stone told me.

She recalled a recent collaboration between Hershey's and the then-ADA, in which "Hershey's paid RDs to set up and speak at house parties, during which guests would be taught how to use Hershey's products as part of a 'healthy diet.'"

Samples of s'mores, product coupons and recipes were given out. This was followed by the RD providing the hostess a complimentary consultation, for which the RDs were paid additionally by Hershey's. "Hershey's also set aside $500,000 to pay RDs up to $250 to provide 1-hour consultations to consumers who applied online for a coupon to receive one at no charge to them."

It would be a mistake to assume that all RDs toe the party line handed down by AND. There are many outspoken critics of the organization's recommendations who wish to keep their differing opinions on the down-low, for fear of retribution from AND, or because they are trying to work for change discreetly from within. The latter strategy is the preference of the registered dietitian who told me via e-mail that "corn-dogs and doughnuts" were part of her training in the early '70s. She noticed things going off the rails in 1994, at the annual symposium for the American Dietetics Association. The National Council Against Health Fraud gave the keynote presentation. "Instead of any lecturing, they used the stage for many skits, complete with sets and costumes. They play-acted patients going to a chiropractor, acupuncturist and other "quack" professionals, and created scenes that made all alternative practitioners into money-greedy, uneducated and dangerous charlatans. Their skits were pure mockery. They had the audience roaring and clapping. I was aghast that the crowd was so pleased with this display of unprofessional and simple-minded showmanship," said the anonymous dietitian. "And we received continuing education credit for this!"

Fast forward to 2011, when Food Safety News reported that AND's annual event included a presentation that downplayed the dangers of pesticides on food. It's possible that the pesticide industry is behind this pro-pesticide agenda, but AND has been cagey about revealing all sources of its funding despite repeated requests in a series of letters from Sen. Chuck Grassley that they be revealed. The corporate sponsors that AND does choose to make public are placed on the website that "deliberately buries" them, according to a former corporate Web designer.

It seems that AND is engaging in a turf war over the right to give nutritional advice, while selling the content of that advice to the highest bidder, all in the name of protecting the public health. In other words: It's a racket. But while pursuing these tactics, AND is beginning to find itself on the defensive. In Michigan, laws that would deregulate dietetics and nutrition and dissolve the licensing board are sitting on the governor's desk. Meanwhile, Steve Cooksey has filed a lawsuit against North Carolina's Board of Dietetics/Nutrition, claiming the order to change his blog is an infringement of his right to free speech. It seems that with AND, as with many bullies, the best way to get them to leave you alone is to go after them.

Ari LeVaux writes Flash in the Pan, a weekly syndicated column about food. Send comments to him via letters@metrotimes.com.