The inaugural blast from the world’s youngest rock critic! 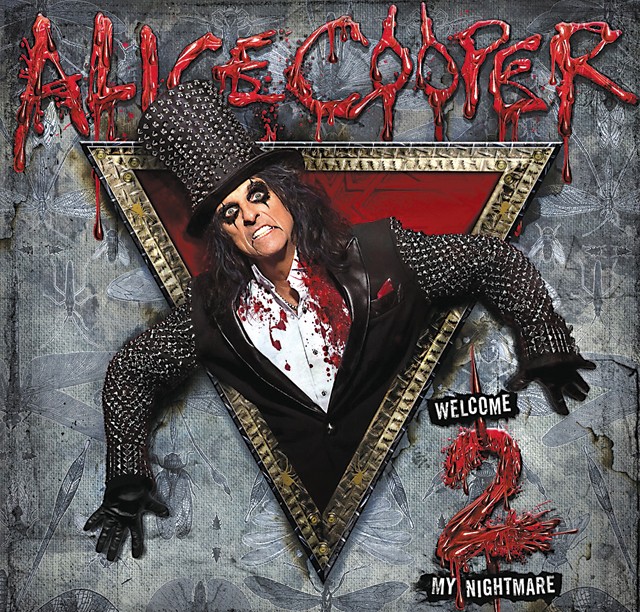 This highly anticipated sequel to 1975's Welcome to My Nightmare gets back to basics, only this time Detroit native Alice Cooper's crazed fantasies aren't exactly on par with the original masterpiece. Album opener, "I Am Made of You," even has some Cooper fanatics rightly disappointed in its fusion of AutoTune and high-octane rock 'n' roll. The album also sports a list of sometimes questionable guest artists, including Ke$ha, Rob Zombie, Vince Gill and John 5, who almost makes this a true monstrosity. ("I'll Bite Your Face Off," the Ke$ha-guesting first single, doesn't exactly come together.)

Because we get the original Alice Cooper Group (minus guitarist Glen Buxton, RIP) on three songs, Welcome 2 isn't a waste of shelf space. "A Runaway Train" is purely guitar-induced mayhem, a sound that could only rise from the original band.

Alice next awakens from his nightmare to find himself in a sideshow-esque world. "Last Man on Earth" sounds like an early Rankin-Bass holiday special song. Alice trips through hell with Rob Zombie on "The Congregation," and the fairly good hook and guitar craftsmanship should leave you in stitches by the last note. Alice hits a zombie disco party in "Disco Bloodbath Boogie Fever," and, after a wild night, he bids his zombie girlfriend goodbye in the Coop's most touching ballad ever, "Something to Remember Me By." Cooper then winds up in the devil's lair with Ke$ha in "What Baby Wants." Ke$ha's appearance here was a smooth marketing move, but awkward; she doesn't fit the part.

The finale, "The Underture," is a great contrast between this and the '75 original, giving the vibes of classic rock 'n' roll. Guesting on the instrumental is Detroit's Dick Wagner, who was involved in the original album and co-wrote "Only Women Bleed" among other Cooper hits. Though the album doesn't match the classic Welcome to My Nightmare, it's a fine compilation of what Cooper's about — giving his loyal fans what they need, '70s rock with a bizarre twist.

Jarret Koral is a 13-year-old student at Kennedy Middle School in St. Clair Shores.  He also attends the School of Rock.  Send comments to letters@metrotimes.com