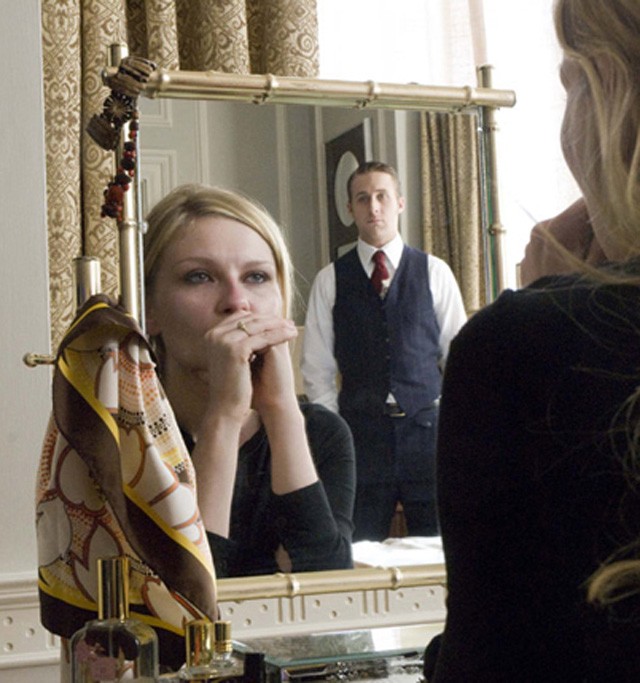 The performances are first-rate. The real-life tabloid story is intriguingly tawdry. Unfortunately, All Good Things has absolutely nothing meaningful to say. Andrew Jarecki's (Capturing the Friedmans) speculative docudrama is little more than 100 minutes of this-then-that storytelling that offers up a possible (even believable) explanation for its unsolved murder-mystery, but leaves the audience wholly unsatisfied with and unmoved by its conclusions.

Drawing on the true-story scandals of New York City real estate scion Robert Durst (named David Marks here and played by Ryan Gosling), All Good Things is a decades-spanning chronicle (1971-2000) of Marks and his connection to the disappearance of his other-side-of-the-tracks wife (Kirsten Dunst), murder of a childhood friend and killing (supposedly in self-defense) of an elderly Texas neighbor (Philip Baker Hall). Using court proceedings as an awkward framing device, Marcus Hinchey and Marc Smerling's script offers up a shapeless mix of fact, speculation and amateur psychoanalysis. From the tragic suicide of his mother to the overbearing influence of his mogul father (Frank Langella), Marks is less a product of nature or lack of nurture and more an emotionally empty vessel — troubled and unknowable.

The first half of the film follows Mark's courtship and relationship with Katie (Dunst) and his attempts to break away from his control-freak dad. Starting a health food store in Vermont (which inspired the film's title) and hinting at the disturbances that roil beneath Mark's placid exterior, All Good Things pulls the viewer into a marriage that seems, on its surface, like a welcome sanctuary but slowly degenerates into something far uglier. So far, so good. But once David moves back to New York City to become a rent collector for pop's seedy Times Square properties, the second half devolves into true-crime luridness, with Katie disappearing soon after she seeks a divorce and Marks fleeing to Texas to take up cross-dressing and, possibly, murder.

All Good Things is stuffed to the gills with baroque period details in attempt to establish its authenticity — 1970s Times Square is particularly striking — but Jarecki provides little thematic sophistication and struggles to balance the script's many subplots. His formidable skills as a documentarian fail him here, resulting in a spastically directed, poorly edited and bombastically scored movie that endlessly strikes a single note of moody voyeurism.

Jarecki's film touches on notions of class, expectation and resentment, but never follows through, leaving his excellent cast to try to fill in the gaps. Langella, Gosling, Hall and newcomer Lily Rabe all shine, but it's Dunst who impresses most, as a woman struggling to understand her husband while striving to forge an identity independent of him. It's a terrifically unaffected performance that only adds to the tragedy of her eventual demise.

All Good Things is the kind of movie you really wish were better. As a potential examination of marital and mental decline it's easy to see why Jarecki was drawn to the project. Watching his detached preoccupation with the real-life curiosities and armchair psychology, it's hard to imagine what kind of movie he thought he was making.