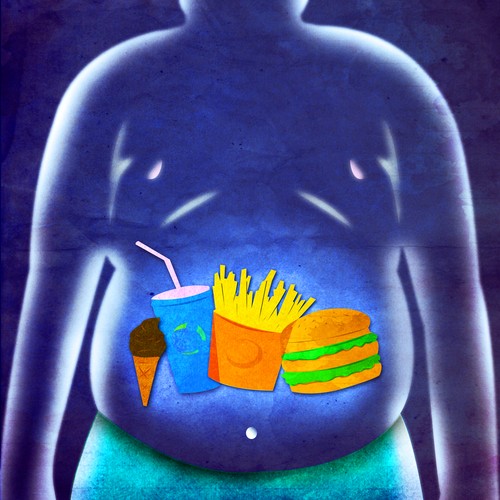 It will shock no one to hear that Americans are remarkably unhealthy eaters. A new American Diet Report Card confirms it: we eat far too much cheese, sugar, starch and red meat; we don’t eat enough fruits and vegetables. We consume almost 500 more calories per day than we did in the 1970s.

There are some bright spots in the Report Card: we’re eating less beef and sugar. Chicken and yogurt are more popular. And while wildly popular items like pizza, burritos, nachos, quesadillas and pasta may not be universally healthy — and are almost all bastardized versions of their original incarnations — they do reflect the wonderful American ability to try out new foods and create a diet that is thoroughly multicultural.

Fruit and vegetable consumption is depressingly low, but we’ve made small affordable healthy adjustments, like eating more chicken instead of beef and drinking less soda. It’s certainly no coincidence that these changes are coming after public health leaders, who have been shouting about our disordered eating practices for decades, have finally succeeded in getting attention paid from the highest office in the land, in the form of Michelle Obama’s focus on healthy eating and exercise.

Large numbers of low-income Americans find themselves in food deserts where there is no decent market to purchase fresh fruits and vegetables. Instead, many low-income people rely on small corner stores, which are often underwritten by big manufacturers. These mom-and-pop joints aren’t exactly rolling in the big bucks, often relying on perks offered by large-scale food manufacturers to place that company’s products — usually chips, pop and candy — at the front of the store.

Perishable goods (fruits and vegetables) are more expensive and come with a greater risk of lost profits; not only might it be more difficult to find a company to ship 12 apples at a time, but if the apples don’t sell in a few days they go bad. Twinkies, on the other hand, last for a disturbingly long time.

The message is getting through, slowly: The way we’re eating is killing us. Something has to change.

Jill Filipovic is a contributor to Alternet.org, The Guardian and the Metro Times. Send comments to letters@metrotimes.com.