An instant lesson in the history of Detroit hip-hop

We hold our own

Metro Times' own hip-hop expert Kahn Santori Davison takes us on a tour of the four distinct eras of hip-hop music in Detroit:

Many Detroiters over 60 will tell you music died in the Detroit area when Berry Gordy moved his franchise to the Golden State back in 1972. If that was a true "death" for music in this city, then the 1980 opening of Future Funk Records was its rebirth.

Future Funk was a neighborhood record store on West Seven Mile Road. I was there when a young aspiring emcee named Jerry Flynn Dale befriended the owner. "Every weekend, Jerry would put out this makeshift stage on the sidewalk and play instrumentals; we would come up there to rap," says Kalimah Johnson (aka Nikki D).

"Flynn" first made beats on a four-track machine in his bedroom. But in 1985 he opened Def Sound Studios in Detroit. "Def Sound was the first studio that was designed for recording hip-hop artists," Dale says. "Rappers didn't have anywhere to record back then. Local studios thought rap was dangerous and wanted nothing to do with it."

The landscape was also dangerous. While Johnson tells stories of rocking shows at Harpos and the Grand Quarters, she says that other shows often ended in violence. "It seemed everywhere we went and tried to rap, it was a shootout," she says.

The east side of Detroit was building its own foundation in hip-hop with the help of James "The Blackman" Harris. Harris was a teenage DJ who had toured with MC Shan, LL Cool J, and Marley Marl in the early '80s. He used his basement as a lyrical playground for teenage emcees to hone their skills.

By halfway through the 1980s, Detroit's own unique sound had been crafted. There was the trunk-rattling bass of Kaos and Mystro's "Mystro on the Flex," the hardcore street realities in Detroit's Most Wanted's "City of Boom," the addictive hook in Merciless Ameer's "A Day Without a Rhyme," and the sophisticated gangster swagger of A.W.O.L.'s "You Don't Want None of This."

Prince Vince sampled Detroit's own Parliament Funkadelic in "Gangster Funk" years before Dr. Dre and the West Coast artists did, while Champtown sounded like the perfect mixture of Biz Markie and Eminem (whom he influenced).

As dope as all this music was, the man responsible for making sure it was heard on the radio was DJ Bill T. Billy T spent his early years on Detroit radio in the last fleeting era before corporations took over station playlists. He used his popular shows, Billy T's Basement Tapes and The Rap Blast, to expose listeners to Detroit's talented crop of emcees.

Detroit made noise nationally but never kicked the door in. Not a single star emerged from the scene (outside of outlier Flint's MC Breed), but serious careers did get started. Boss found success with Def Jam, Smiley was the first female emcee to go gold, and Awesome Dre was the first Detroit emcee to be featured on Yo! MTV Raps and BET's Rap City. 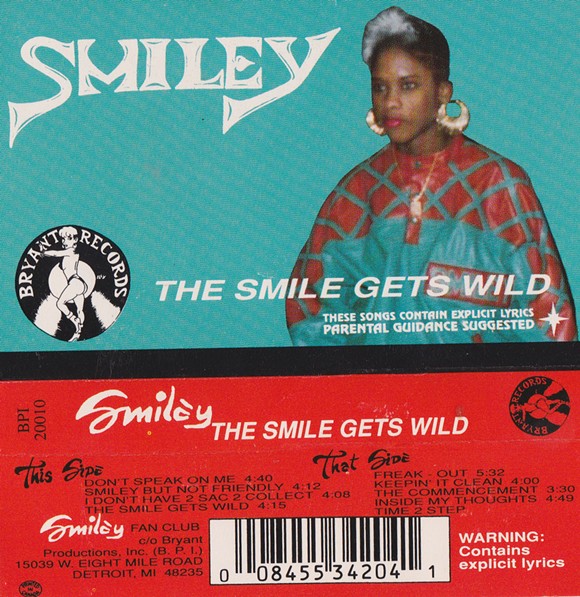 "Even though we were trying back then, I just don't think people took to the Detroit sound," Johnson says.

Dale feels his era has been left behind. "The next generation forgot about them," he says. "We have a throwaway society, so we throw away people all the time. People just forget."

In many ways, the artists from the Hip-Hop Shop era accomplished everything their predecessors failed to. Big Proof won the 1998 Blaze battle and scored a 1999 "Unsigned Hype" feature in The Source magazine. Royce da 5'9' signed with Tommy Boy, Phat Kat signed with Pay Day (Jay Z's first label), Eminem and D-12 signed with Interscope, Slum Village signed with Barak/Capitol, and Dilla began making beats for A Tribe Called Quest and the Pharcyde. But before all the record deals and a movie called 8 Mile, there was Maurice Malone's Hip-Hop Shop.

The Hip-Hop Shop was located right next door to the already-shuttered Future Funk Records storefront. Malone and Jerome Mongo together owned the spot; they sponsored historic freestyle battles every Saturday. MAHD, who grew up going to the Shop with his older brother Black Milk, was a regular. "It felt like a whole different world," he says. "Seeing cats freestyle and compete to show who was the coldest emcee in the room was dope."

This was one of a string of spots, including Saint Andrew's, Cafe Mahogany, and the Rhythm Kitchen, that showcased hip-hop on different days of the week. "Detroit hip-hop matured in the Hip-Hop Shop era," says writer Khary Kimani Turner. "Prior to that, there was a perception that the music industry didn't recognize Detroit."

But it all really came down to the beats and the rhymes. Dilla was a technician on the SP-1200; Waajeed was soulful; and the legendary battles and ciphers are still talked about. "They know all of us overseas," Supe says. "All of us from that Dilla/Hip-Hop Shop ilk have fans in Europe."

There were also outliers: several emcees who crafted their own path without feeling like they had to be a part of certain crews. Esham built up a following releasing his own personal brand of "acid rap" as early as 1989. Kid Rock was becoming "Kid Rock" while ICP had taken a page out of Esham's book. "I respected all the rappers who were at the Detroit Hip-Hop Shop; I just built my own lane and went in a different direction," says Russell Colvin, the CEO of Fallen Angelz Ent. and Paypa Boi Ent.

As hard as Invincible and like-minded emcees were fighting to make Detroit a better place, chaos was surrounding Detroit's hip-hop scene. Proof and Royce pulled guns on each other in June 2004. Three months later, Wipeout of the Eastside Chedda Boyz was murdered. In April 2005, Blade Icewood was murdered. And eight months later, Obie Trice was shot. The city, the culture, the artists all had to look in the mirror and hit the reset button.

"Reflecting on the aftermath ... I think on one end it polarized communities even more," says Khalid El-Hakim, former vice president of Proof's Iron Fist Records. "But, it also gave space for some artists to come out of the shadows and flourish. I was with Proof in Europe in 2005, when Royce did a couple of shows and to be able to see two men work out that tense situation and then tour together was a great example of how any Detroit hip-hop beef needs to be resolved."

The decade also took J Dilla away in 2006; he died from a blood disorder. Two years later, Flint's all-star artist MC Breed died of kidney failure. And the next year, Slum Village member Baatin died of a cocaine overdose after a long battle with mental illness and substance abuse. Detroit hip-hop artists were forced to look at the value of mental and physical health.

2009-Present: Danny Brown and the era of social media

The more things change, the more they stay the same. The terms "gangsta rap" and "backpack" have been replaced by "trap" and "boom-bap." Danny Brown is a lyrical beast, a king of the underground who still collabs with Eminem. The "Air Up There Hip-Hop Series" at Bob's Classic Kicks was (and is) one of the best hip-hop showcases in years. But the Internet has changed the way artists fraternize. There's not that one spot everyone kicks it at. Today, connections and relationships are established online before artists even hit the smallest stage. Studios are home-based and a free software-made beat might just make you incredibly popular overnight. The old heads don't understand how the new kids can get 5,000 Twitter followers, while the new kids don't understand how the old heads ever sold cassettes out of the trunk of a car.

All of which brings us to today. And we just might be said to be experiencing the very best era of Detroit hip-hop yet. Why? Because everyone is still going strong, and the injection of new blood is incredibly refreshing. Because Phat Kat and Guilty Simpson are still releasing projects. Because Jerry Flynn Dale is recording. Because Proof's mother Pepper Holton represented the culture until her death last year. Because Dilla's mother Maureen Yancey keeps her son's legacy going strong. Because Trick Trick is still going. Because Elzhi and Royce haven't stopped. Because Big Sean chased Kanye West down for a record deal. Because DeJ Loaf and Detroit Che are continuing Detroit's strong line of female emcees. Because of Cold Men Young, Pierre Anthony, Chavis Chandler, Valid, Captwolf, D.S. Sense, djkage, MAHD, Leaf Erikson, Nametag Alexander, Sheefy Mcfly, Angel Haze, Doughboyz Cashout, Kash Doll, and Boldy James.

Emcee and beat-maker Nolan the Ninja says it best: "If you look at Detroit artists from the past and present, we're fearless. We hold our own, and many respect us off of that."