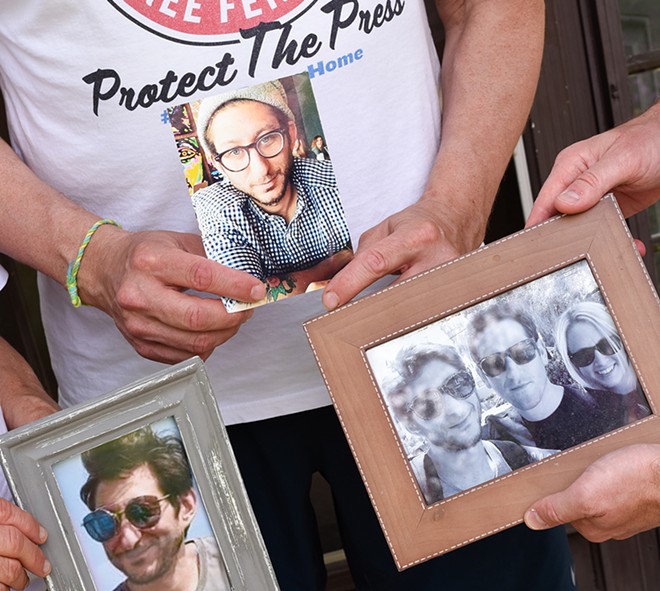 This week's cover story is an update on the case of Danny Fenster, a U.S. journalist who is detained in Myanmar after the country's coup and crackdown on the media. We reached out to Fenster's editor Thomas Kean at the magazine Frontier Myanmar for comment, who didn't respond by press time, but offered this lengthy update on Fenster, journalism in Myanmar, and more. It has been lightly edited for concision and clarity.

Metro Times: Can you tell us more about Danny Fenster and his role at Frontier Myanmar? What did he do? Did he write anything or work on any stories that may have caught the attention of the government?

Thomas Kean: Danny joined us as magazine editor in the middle of last year, ahead of the election. He worked with another colleague and I to commission, edit, and publish features for the magazine and website. He wasn't really writing stories himself, he was editing pieces written by our Myanmar colleagues. Recently he was promoted to managing editor, taking over from another colleague. Because Danny wasn't writing, we don't see how he would have done something that would have caught the attention of the authorities. That's why his arrest at the airport on May 24 was so shocking for us.

From the day he joined, Danny has been a vital member of the Frontier team. We only have a small team and most of our staff are Myanmar. Everyone gets to know each other quickly and my colleagues really took a shine to Danny straight away. Of course, anyone who knows Danny won't find this surprising, because he's such a nice, considerate, and personable guy. But I think they could also see immediately that Danny was really committed to Frontier and what we were trying to do, so they respected him and trusted him to do a good job when handling their work. They are devastated at what's happened to Danny and just want to see him released as soon as possible.

Kean: Over the years we've had various run-ins with the previous [National League for Democracy] government, particularly over our coverage of the Rohingya [ethnic minority], and some of our reporting certainly made government officials uncomfortable. We've also faced our fair share of threats from businesses and other groups. In one case, a journalist was detained by an armed group (you can read about it here). However, none of our journalists have previously been detained by state authorities.

MT: Can you tell us more about what life in Myanmar has been like since the military coup? What has life been like at your publication?

Kean: The situation in Myanmar at the moment is bleak. The country faced many challenges before the coup but these have been amplified since Feb. 1. Conflict is on the increase, poverty is rising, and now the third wave of COVID-19 has taken off. Many people are dying unnecessarily. It doesn't seem like there's any resolution around the corner. It's really hard to know what to say — it's just a tragedy of immense proportions. People don't see any hope for the future under the military.

For Frontier, we just continue to do our work as best we can. We haven't changed our reporting philosophy — we continue to write informative, engaging features for our readers. The crackdown since April has created immense challenges for us though. The office has been mostly closed for safety reasons and we've had to suspend our print magazine. It's often not even safe for our journalists and photographers in Yangon to go outside, so they have to do a lot of their work by phone or email. For the most part, travel outside Yangon is out of the question. This has really affected our ability to do our jobs — the fact is that you miss a lot when you are not physically present. It's also just difficult to be neutral in such a highly charged, polarized environment. On the other hand, we've really seen a new appreciation for our work from many people, and our membership program has grown a lot over the past six months or so since the coup. Our members, who are from all over the world, have been vital for enabling us to continue to do our work, because it's impossible to generate revenue from advertising or circulation at the moment. So we're really grateful to them for their support. I know many of them are very concerned about Danny as well.

MT: Any update on Danny's situation? Do you talk to his family?

Kean: Sure, I'm in touch with his brother Bryan and his wife Juliana, who is here in Yangon. We share updates when we can get them, although often it's frustratingly difficult to get information. Things move very slowly in the judicial system at the best of times, and these are not the best of times.

In terms of updates, I think the key thing is COVID-19. We are very worried about Danny's health right now because COVID-19 is absolutely rampant. Myanmar recorded 5,000 cases yesterday, but very few people are being tested so the actual number is likely many, many times higher. We've heard there has been an outbreak in Insein Prison, where Danny is being held. We are trying to get more information about his health but it has been difficult. We hope at least another call can be arranged soon so the embassy and his family can speak to him.

There has been little progress in his case. The hearings so far have been brief and he hasn't been charged yet. These hearings are taking place at a special court in Insein Prison. We've been told that because of COVID-19 in-person hearings have been suspended, but they'll continue to take place remotely. We said all along that we knew Danny had done nothing wrong and after now having had the chance to review the case file we can see that is definitely the case. There is no reason for the authorities to continue holding Danny and we and many others are pushing for his immediate release. Our hope is that the case will soon be dropped. Some other journalists — both foreigners and Myanmar nationals — were recently freed so there is reason to be optimistic. We'll continue to support Danny until he's free and hope that he'll rejoin the Frontier team when he's out, but of course that will be up to him.

Related Danny Fenster, a U.S. journalist detained in Myanmar, offers a glimpse at what happens when an authoritarian coup is successful