An interview with George Evelyn of Nightmares on Wax 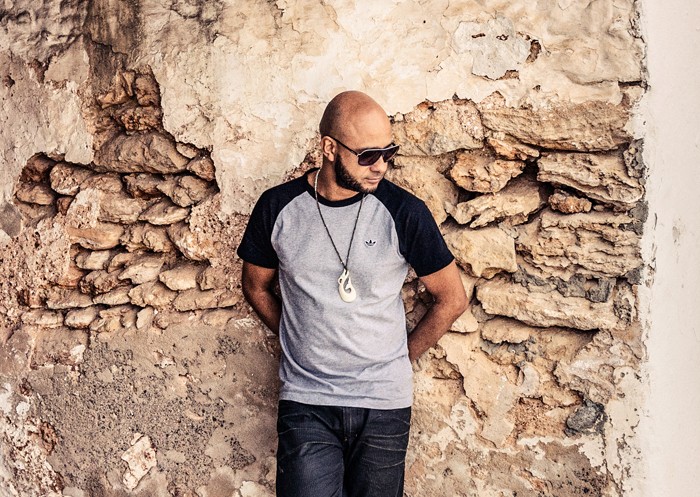 English DJ and producer George Evelyn has been heavily into hip-hop ever since he saw break-dancing movies in the 1980s and started body-popping at school. A few short years later, and he was spinning and mixing tracks himself, soon using the name Nightmares on Wax. With influences ranging from reggae to techno, his sound remains fascinating and unique. He’s about to perform in Detroit for, incredibly, the first time, so we caught up with Wax and got the lowdown.

Metro Times: Where does the name Nightmares on Wax come from?

George Evelyn: Nightmares on Wax actually started about 30 years ago, around 1984. When I was about 14, I met a guy who had two turntables, two tape decks, and reel-to-reel. ... We started doing mixes together. In his record collection, he had some indie, some gothic music, some new wave, and then I’d have my electro, hip-hop, reggae, stuff like that. We’d make these mega-mixes, and use some film dialogue. We did one particular megamix, and somebody said that it sounds like a nightmare. That’s where the name came from.

MT: The 1980s and ’90s rave scene in England was huge, with the illegal raves and media hysteria over ecstasy. Were you involved with that?

Evelyn: Massively involved. Something was changing. We were having after-hours parties anyway, but then the warehouse parties started. I went to an illegal rave in Blackburn, and there were about 10,000 people there. The police were trying to stop people going to these parties. That was an incredible experience. I remember being in the back of a car, tripping my head off, thinking, ‘This is what it must have been like in the 1960s.’ It was a revolution, because everything that was going on in England at that time, during the Thatcher era, with the strikes, lack of jobs, recession, all this kind of shit — the music was incredible. We went from going out at the weekend to going out four nights a week. It was like that for the next six years.

MT: It’s the closest our generation had to the 1970s punk thing …

Evelyn: It’s responsive. If you go back in history, when you see more social pressures that were going on, you can map it to the music. It’s a soul responding to struggle.

MT: Did you have an eye on Detroit techno during that time?

Evelyn: Yeah. It’s just incredible to me that I’ve never been. This will be my first time coming to Detroit. I’ve had a lot of people hitting me up asking when I’m going to come. At my last DJ set in Cleveland, half the crew was from Detroit. I’m so looking forward to getting there, and we’re talking about a 25-year history here. Some of the earlier tracks were so influenced by people like Juan Atkins. They’re the forefathers.

MT: How would you describe your own sound?

Evelyn: It’s quite difficult. It’s like when you bump into an old school friend and they ask if you’re still doing music and what type of music you’re doing. I always stumble. I have that reggae influence. There are so many different elements that are really relevant. I think of it as experimental hip-hop with a twist.

MT: How have you changed and grown in those 25 years?

Evelyn: Massively. You constantly change anyway; it’s whether you change and are aware of the changes. For the last eight years, especially since leaving England and moving to Ibiza, I’ve been getting back to me. When you move around the world, you leave a lot of your things and you’ve got to re-find yourself. For me, my massive change has been learning to trust, and really get close to my craft and what it is that I do. You can say that you love music and you love doing it, but do you really have an understanding? Do you have a heartfelt connection to what it is that you do? That’s the path that I’m on now. It’s not a responsive one; it’s just me doing music and doing what I really, really love. When you’re younger, you’re influenced by friends and other people. That’s not where I’m from now. I’m not trying to keep up with the latest thing. I’m just doing music as me, as how I want to express it, and how I’m turned on with the imagination that comes with that. That feels more true to me now.

MT: Are you still break-dancing?

Evelyn: Only when I’m drunk. You go down and do a spin, and then you come up and you’re gasping for air. You need an oxygen tank.

Evelyn: It’s a feel-good experience. When you come to one of our shows, you definitely take something home with you that you didn’t have before, or maybe you did have it before but it’s just been enhanced. We just try to shine the light, spread the positivity, and remind people that it’s alright to feel good. That’s who you really are. We have so many things that preoccupy us and affect us in our day-to-day stuff. We forget who we are. We remind you, and you can take that home.

MT: What are your plans for the Detroit set?

Evelyn: All of the above. I don’t know how much time we’ve got there. At the moment, we’ve been in and out of everywhere. Hopefully I’ll get to have a look around. More than anything, I want to feel the energy of Detroit. It’d be nice to have the opportunity to write some music in the energy of Detroit.

MT: When this tour’s over, what’s next?

Evelyn: We’ll finish the U.S. tour and go back to Europe. I’ll start my weekly event, which is called Wax Jam in Ibiza. We’re doing eight of those parties over eight weeks. In between that, I’ll be doing quite a lot of DJ stuff around Europe.