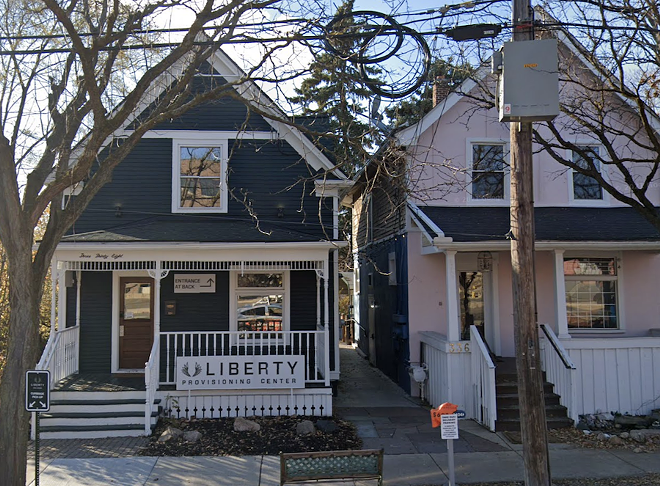 An Ann Arbor dispensary is venturing into recreational cannabis' next frontier: consumption lounges.

According to WXYZ 7 Action News, Holistic Industries, which operates Liberty Provisioning Center, have announced plans to open a cannabis consumption lounge adjacent to the dispensary at 338 S. Ashley Street.

“We’re thrilled to bring Michigan’s first cannabis consumption lounge to Ann Arbor and create a one-of-a-kind experience for the many people in Ann Arbor who agree that life is better with cannabis,” a spokesperson shared with WXYZ. “By providing a safe, designated space for consumption, we are helping remove some of the potential roadblocks cannabis patients and customers face after they purchase products and want to consume them.”

Liberty Provisioning Center opened last summer and services recreational clients and medical marijuana patients. Despite 2018's legalization of recreational weed in Michigan, neighboring businesses are concerned that a consumption lounge — which is exactly as it sounds like: a commercial space where adults are legally allowed to consume cannabis on-site — could pose a threat to the community.

Sherry Doughty, who operates a Montessori school just a few hundred feet from the proposed site of the consumption lounge, is among those community members who remain skeptical.

“We don't want them using the playground as a place to party,” Doughty told WXYZ. “If people will be milling around outdoors and if that will impact our staff and our children.”

A local therapist who operates his business out of a house close to the dispensary and the yet-to-open lounge is also wary even though he supports legal cannabis.

“I don't want a bunch of potheads walking around acting like a bunch of fools, would you?” Ken Land said. “If they get out of line, I'll get crabby. But if they don't, live and let live.”

Holistic Industries has not revealed when the lounge is expected to open but has said that it will allow customers to enjoy their cannabis of choice from 10 a.m.-8 p.m. once open.

Meanwhile, in Detroit, where Liberty also operates a medical-only dispensary, a provisioning ordinance was approved last October that would allow for recreational weed shops as well as 35 available licenses for consumption establishments. As of April, longtime Detroit residents and general applicants were invited to apply for certification to secure recreational marijuana licenses. However, a judge ordered the program to be paused due to a lawsuit challenging the ordinance, which prioritizes Detroit applicants, arguing that it is discriminatory.