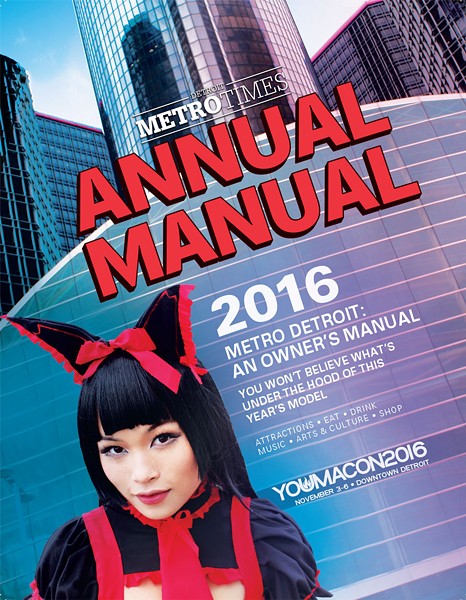 Everybody from Detroit knows "that face." It's the face people have traditionally made the second after you tell them you're from Detroit.

The face isn't scared or angry. It's the face of somebody at a loss for words. Had you said you were from San Diego or Boston, they'd be able to say some small nice thing about your hometown. But, for the longest time, they'd look at you with a blank, somewhat uncomfortable stare.

These days, you're often likely to get a smile, and upbeat words of recognition that things are turning around in Detroit. The farther you travel from Detroit, the more upbeat the reaction usually is.

Long a punch line in a movie gag, Detroit is now someplace people want to root for. And that's the sort of thing that's bringing people in to see the city with fresh eyes. Detroit hasn't been the sort of town where you ask people where they're from, but we're seeing all sorts of new faces: People from small towns in Michigan looking for a bit of big city life, scrappy artists from all over the country looking for cheap rents and deals on buildings, and some of the hardier tourists who've already seen the great Midwestern cities and now want a look at the outlier.

That's something we tried to keep in mind with this guide to Detroit and its environs. But even if you've lived here all your life, you might not know just how greatly it has changed over the last decade. And even if you do, we hope you enjoy our retelling of that transformation, as well as our efforts to point out all the under-the-radar stuff you might miss for years before finally finding.

Now, let's get down to seeing what's under the hood of this year's model.

How to spend 48 hours in Detroit that don’t suck

From bikes to buses, there are plenty of ways to see the city on wheels

Learning the feuds, fables, and fixtures behind longtime eateries

How to score in Detroit, right between the buns

Finally, vegans and vegetarians are getting an open-arms welcome

A new batch of microdistilleries are making their mark

8 Michigan craft brews for winter spring, and beyond

An instant lesson in the history of Detroit hip-hop

From prewar grandeur to postindustrial grit, Detroit has plenty to look at

Art buyers can still find great deals in the city

10 shops you'll only find in the Detroit area

Take a piece of Detroit home with you

Flip through the entire manual HERE!