Sure's shootin', many readers in a tizzy about guns 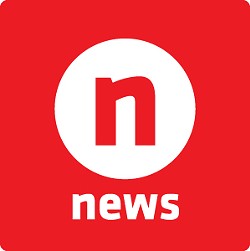 Well, we're almost through another year, though in the trite, overused, yet accurate and immortal words of the Prophet Yogi ... it really ain't over till it's over.

And hopefully, by this time next year, the secret Communist forces that we've gradually secreted in Cheyenne Mountain will be hunting down the last free, patriotic Americans and taking their guns away. We liberals need to do that, so we can impose Sharia law along with Stalinism.

Then I, as a self-hating, frustrated little man with a small penis, will gloat in glee. Oh, I know they'll eventually kill me too, for some form of Trotskyite heresy. Even before that, they'll take this column away, and make me sort dirty sugar beets in a drafty warehouse in Caro. But it will be worth it.

Because before I die, I figure I'll get to see them hang Matty Moroun and maybe Mel Gibson from the Ambassador Bridge, and that will fulfill my sorry and twisted dreams.

Sorry about that, but I thought the least I could do for the pro-gun fanatics was to indulge their fantasies. It's Christmas week, and I'm feeling generous. Last week I read the comments to this column that folks post online, and found that the gun fanatics more than lived up to my expectations. I haven't seen such fury since I poked a fire ant nest with a stick.

What is truly frightening is the irrational, screaming hysteria you see if you even hint to certain creatures that maybe they shouldn't be allowed to clutch their automatic killing machine when they walk into a kindergarten. Several suggested that I should have my First Amendment rights taken away, for questioning their unnatural attachments to their pistols.

Someone named "Christine” (Jorgensen?) suggested my, ahem, member should be taken into the police department to be destroyed, which is probably a good indication of how many or most fanatical gun owners feel about their hand cannons. Anyway, there are indeed a lot of wingnuts in any assembly, as daddies all over the nation find out when they try to put together things on Christmas Eve.

But now, time to get serious.

Many of my critics complained that I was just another ivory-tower liberal who has never been mugged and doesn't know how brutal life is or how truly bad the bad guys can be.

True enough. So I thought I'd ask my favorite military hero for his perspective. Retired U.S. Air Force Col. Colin Chauret grew up in Bay City, where he spent his senior year in high school envying the Spitfire pilots in the Battle of Britain.

First chance he could, he joined the U.S. Army Air Corps. He is a veteran of three wars — World War II, Vietnam and Korea, where he flew exactly 100 combat missions.

He has a Bronze Star and a chest full of other medals, and has killed men himself in battle. What does he think of gun control?

"I am in full support of whatever (Vice President Joe) Biden's panel comes up with — as long as the first thing they do is outlaw those assault weapons,” he told me.

"And not just stopping (their) sale, but also retroactively make it a law for everyone owning one,” he said.

That, however, is not enough. The colonel, who knows far more about weapons than most barstool-squatting NRA supporters, thinks we need "a really strict law on who can purchase any weapon that is legal, with heavy penalties for any gun sales to persons who violate the law. And I mean not just a slap on the hands, but money fines and hard jail time.”

Funny, but in a lifetime of interviewing people, I have found that those who really know what guns can do — longtime cops and real military heroes — are often the sanest about them.

Now, back to Michigan.

You might think us gun control pukes actually scored a victory last week, when Gov. Rick Snyder actually vetoed the bill that would have allowed anybody to carry a concealed weapon into elementary school classrooms like the one in Connecticut, where a sick creep slaughtered 20 first-graders, pumping exploding bullets into their heads.

State Sen. Mike Green, the doofus who sponsored this we-need-guns everywhere bill, expressed disappointment. So did any number of drugstore cowboys who had fantasies of the Sandy Hook principal pulling a derringer out of her garter belt and shooting down the fiend as he crashed into the school.

Green's bill would have allowed anyone to take a concealed weapon into not only a classroom, but also into day care centers, churches, mosques, maternity wards, you name it.

Snyder's veto of it was no great surprise. Frankly, it probably would have been politically impossible for any governor to have signed such a bill, barely a week after the Connecticut massacre. But here's what you may not know:

Indications are that it would have been vetoed anyway. The day before the shootings, Dick Posthumus, Snyder's director of legislative affairs, told the bill's sponsor that the governor would only sign it if schools were given the option to "opt out,” to be able to choose not to allow concealed weapons in their buildings. But incredibly, Green wouldn't agree.

What's odd is that his bill did allow private-property owners to ban concealed weapons on their territory, as well as some colleges and universities. But not elementary, middle and high schools.

So was the veto a victory for gun control? Sanity, maybe. Gun control, not so much. What few noticed was that while Snyder was vetoing this bill, he was signing two more making it easier to get weapons. As a result, you now no longer have to get a permit to buy a handgun from a federally licensed dealer.

Another bill he signed allows Michigan residents to now buy rifles and shotguns from any state in the union.

Those bills, by the way, were toned down considerably from their original form; one of them would have entirely gotten rid of the state's handgun registry, which is how the cops and the state police go about tracking down the bad guys.

Why those who cling so hysterically to their guns are so fanatic about even the most common-sense regulations is probably best left to the psychiatrists.

After all that happened, I got a letter from Kalamazoo's puckish, but usually on-target Gerry Hoffman.

"Since that scam worked, next term the runaway Legislature is going to pass even more horrible shit at once — along with a bill to legalize cannibalism,” he predicted.

Then, he believes, the governor will go through long, public agonizing, before finally reluctantly vetoing the cannibalism bill "so that no one will notice all the heinous crap he's actually signing into law at the same time.”

Sadly, the Kalamazoo kid is a little naïve. We don't believe in eating our children — at least not yet. We just shoot 'em.

Last word from the Colonel: Colin Chauret wanted me to know that, as crazy as he thinks our gun laws are, he thinks our bigger problem is the fast-growing national debt.

But whose fault is that? "The Republicans, who starting with Ronald Reagan, have been screwing the poor and not making the rich pay their fair share of taxes.

"And the military budget can be cut further too. You don't need a billion-dollar submarine to fight terrorists.”

Memo to President Obama: Still need a secretary of defense? I know a retired colonel perfect for the job.