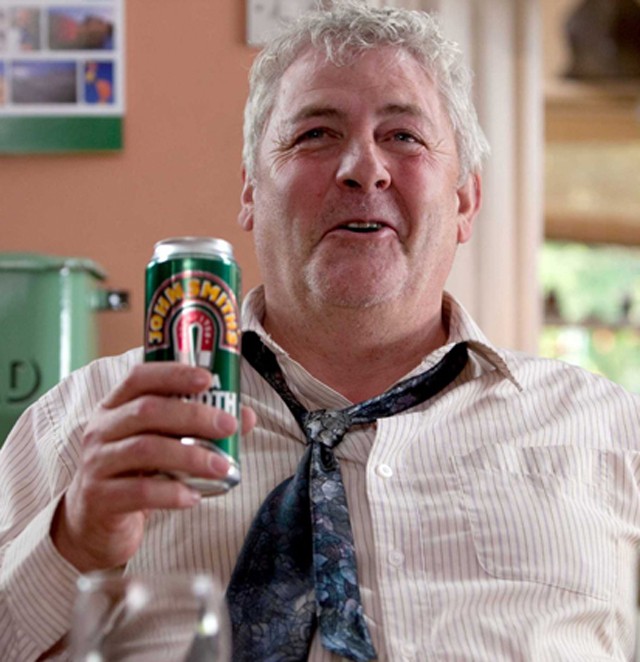 If exquisitely rendered, slow moving slice-of-life cinema isn't your thing, Mike Leigh's latest, Another Year, isn't going turn you into a convert. An uncanny chronicler of the ordinary, Leigh's movies are often plotless exercises in miserablism, creating complete little worlds that focus on the successes and disappointments of everyday people. They also boast some of the finest performances ever put to film.

Unfolding four seasons of birth, death, longing and love, Another Year reveals the consequences of aging while framing class, self-pity, regret and happiness as minor-key conflicts. Tom (Jim Broadbent) and Gerri (Ruth Sheen) are a longtime happily married couple living in well-educated middle-class harmony. Tom is a cheery geologist, and Gerri is the calm and kind therapist. The two live in cozy comfort with nary a harsh word between them. They spend lots of time on their farm allotment and are proud of their stable yet still single son, Joe (Oliver Maltman). Orbiting around this cartoonishly content couple, however, are satellites of despairing friends and family — in particular Mary and Ken.

A longtime secretarial co-worker and friend of Gerri, Mary (Lesley Manville) is a nervous, frantically social wreck, given to too many glasses of white wine and self-obsessing about her fading looks and bad choices in men. She harbors an unhealthy (and not completely unreturned) attraction for the much-younger Joe and desperately tries to hide the depression that's clearly gnawing away at her psyche. Needy and relentlessly solipsistic, she clings to the couple, hoping to absorb some of their stability and happiness. Ken (Peter Wight), on the other hand, Tom's gluttonous school-pal, is an overweight sad-sack who drinks, smokes and eats himself numb. Between stumbling stupors of sorrow and loneliness, he makes awkward passes at Mary and waxes nostalgic about the past.

Spring through winter, Leigh sets up recurring get-togethers — some celebratory (the birth of a co-worker's child, meeting Joe's new girlfriend), some sorrowful (the funeral of Tom's brother's wife) — and, initially, it doesn't seem as if much is going on. But the details, interpersonal dynamics and observations casually add up to revelation and, if not an actual story, then something close to storytelling. Yes, his tending-to-your-own-garden metaphors gets a tad labored, but Leigh never gives in to cheap irony or melodramatics.

While all of the performances are so naturalistic the actors disappear into their roles, it's Manville's twitchy Mary that astounds. Like a real-world Tennessee Williams character, she's tragically fascinating and more than a little tiresome. Which is exactly right. Leigh seems to view her constant self-pitying as a kind of handicap, or even masochism, and all we can do is marvel at its sad complexity.

And that's where a bit of smug superiority peeks out of Another Year. As Leigh puts the focus on working-class Mary's defeats and complaints, he only hints at the too-privileged contentment and unspoken judgments of Tom and Gerri. The two are never put under a microscope the way their hapless friend is, and thus they remain highly nuanced ciphers. Instead, the couple becomes a means by which Leigh can magnify the desolation that infects all their lower-class acquaintances. The film's final shots of Mary and Ronnie make clear the vast cultural and economic rift that separates them from Tom and Gerri's prosperous (all meanings of the word) life and the way age can both emotionally and physically deplete those who neglect it.

The final, intense close ups of the ever-wounded Mary echo Leigh's opening and seemingly disconnected shots of Imelda Staunton as an elderly woman drained of all life, vitality and drive. It's as if Another Year is forecasting Mary's future, telling us the grim truth that there is such a thing in life as being "too late." It's the kind of pronouncement that only those in utter despair or comfortable cynicism can make. And for all his talent and skill, I fear Leigh is more the latter.