An interview with director Liesl Tommy, who gives Aretha Franklin the ‘Respect’ she deserves 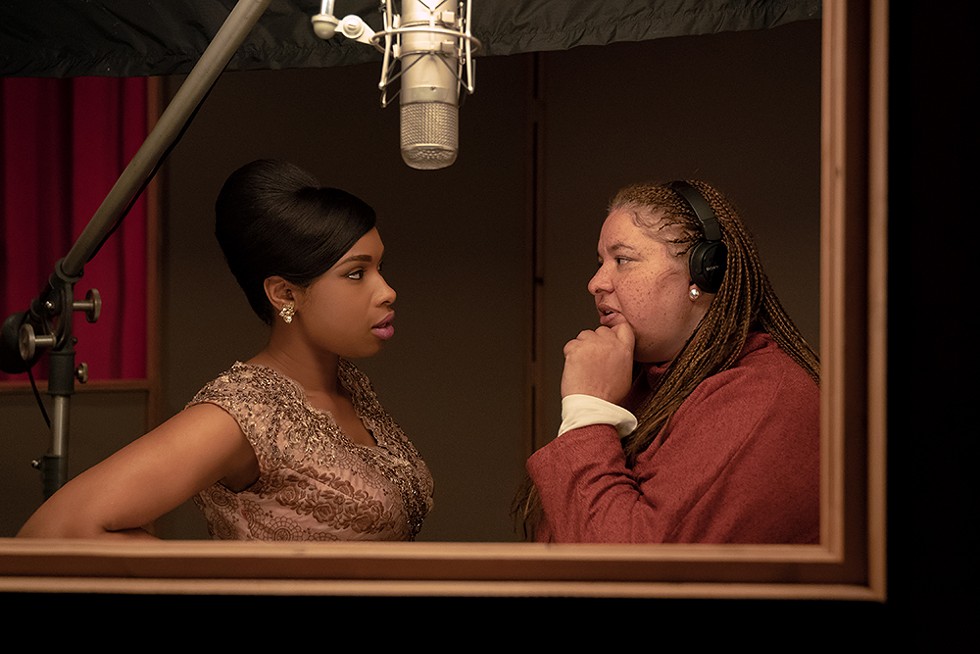 It has almost been three years since the Queen of Soul, our very own world-renowned Ms. Aretha Franklin, left us. Her musical genius, grace, and activism not only contributed to the legacy and evolving definition of Blackness but also reached a global audience where she expressed to us and even ministered to us what it means to be human, to be spiritual, and to be actualized. She put the RE in RESPECT, inspiring a generation of women to insist on being heard. And for Detroit, she will always be one our most beloved icons and the premier matriarchal hero. With songs like "Freeway of Love," her keeping her residency in Detroit, and her massive local generosity, she showed that she loved us, too.

Since her passing, there have been tributes of all kinds and exhibitions, one being the Detroit show Supernatural Woman: Tribute to a Queen, which I co-curated with Omo Misha for the inaugural opening of the Irwin House Global Art Center & Gallery featuring my multimedia piece "Hurricane Aretha." There have been a few films dropping since 2018, namely the documentary Amazing Grace and, most recently, Genius: Aretha, produced by National Geographic.

So when my friend and New York art buddy told me in early January 2019 that she was going to be directing the upcoming MGM film on Ms. Franklin, I was very excited for her, but I was also a bit nervous. I remember how Hollywood did Detroit with the movie Detroit, which was not cool. (Check out my "we are coming for you" review for Al Jazeera.) In any case, I had questions about this film — like, who was doing the screenplay? How would the Franklin family be connected to film? How would Detroit come across?

But Liesl Tommy is no joke. As a South African native growing up under apartheid, she was shaped by political and cultural dynamics of social justice and struggles in the pursuit of freedom. Although her formal training is in dance and acting, it is in directing where she has and continues to make her mark.

Tommy has guest-directed and taught at places such as the National Danish Drama School, Yale Rep, Juilliard, NYU Tisch School of the Arts, The Strasberg Institute, and Brown University/Trinity Rep MFA programs. In 2016 she was appointed associate director of the Berkeley Repertory Theatre.

She has directed world premiere plays nationally and internationally, such as Party People, a multimedia musical about the Black Panthers, and Puerto Rican Young Lords by the theater collective UNIVERSES. In 2014, she directed Les Miserables at the Dallas Theater Center and in 2016 Frozen, for the 2000-seat Hyperion Theater at Disneyland in Anaheim, California. Both of these productions were centered through the lens of people of color.

Also in 2014, she received an Obie for directing Appropriate. Two years later she got a Tony nomination for directing Danai Gurira's Eclipsed starring Lupita Nyong'o.

Tommy has moved into directing for the big and small screens. For TV, she has directed episodes for popular series such as Queen Sugar, Insecure, Dietland, The Walking Dead, Jessica Jones, and Mrs. Fletcher.

With all of this in mind, it is clear to me that Aretha Franklin's story would be in good hands with Tommy as director. And when she told me she would be coming to Detroit to preview the film with the Franklin family, I knew I had hit her up for an interview for the Detroit Metro Times. 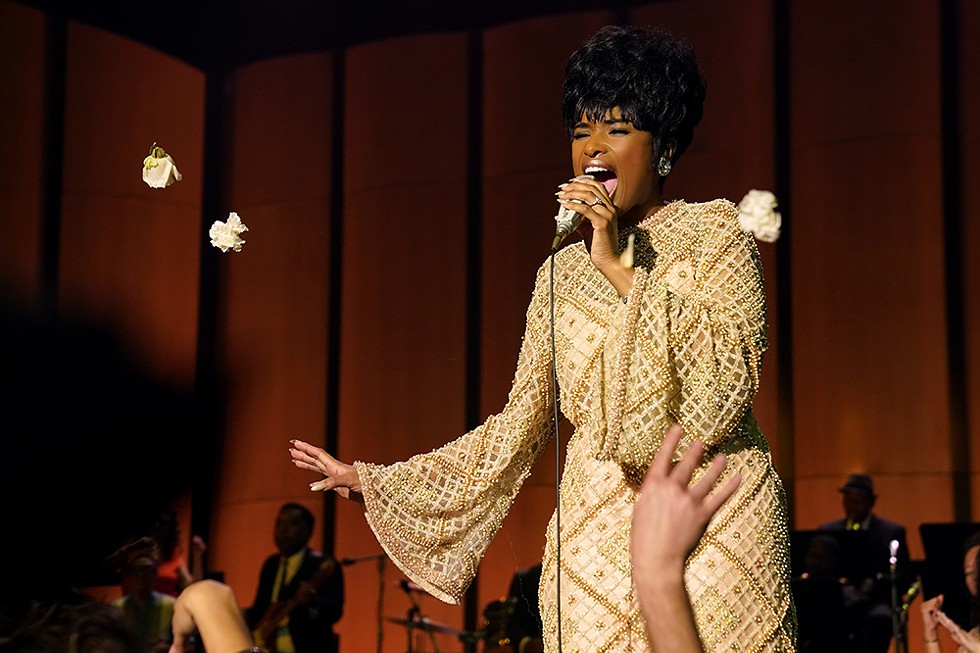 Metro Times: Why is the story of Aretha Franklin an important story to tell?

Liesl Tommy: The story of Aretha is a story about perseverance. It's about a woman who knew her worth, and wouldn't stop until she reached her potential. That's not to say her journey to stardom was easy — it wasn't by any means, and I think it's important that people see that side of Aretha, as well. In this film, audiences get to truly understand Aretha's strength, her tenacity, and her grit.

What do you say to the folks who might have questions about a non-African American telling the story of Aretha Franklin? And what experience and insights you bring to this director's table as a South African creative that might neutralize such anxiety and questions?

I know that I am uniquely situated to tell the story of Aretha because I resonated with it on so many levels as a woman, as a creative, and someone who grew up around activists, much like Aretha herself. One privilege of making art is to heal people. Metaphorically, all of my art leads back to my childhood growing up in the midst of apartheid in South Africa — and this film is no exception. All of my art, every single thing I do is political. I found that I was able to heal myself through my art, and one aspect of Aretha I wanted to show in this film was how Ms. Franklin was able to heal herself through her own art.

What elements of Aretha's life and work spoke to you as a Black woman, and as an artist? And was there any sequence of the film that felt personally challenging and perhaps difficult to navigate?

What Aretha and I have in common is that we were both little girls sitting at a dinner table talking about civil rights. It affects your life forever. That is who I am, and that's who Aretha was. I grew up in Apartheid-era South Africa, and know — like Aretha — what it's like to be surrounded by people willing to give up so much for the struggle.

Can you talk a little about how your path from dancer, to actor, to theater director prepared you for this moment as a film director? And what part of your extensive theater background did you bring to your signature direction?

As a director of musicals, I know that magic happens when you have actors sing live. So, for Respect, it was important to me that our actors sang LIVE! And they did. They blew me away; they delivered powerful performances take after take. Additionally, how I approach directing a project in the theater is no different from how I approach film. For me, the first step when working with actors is to guide the actors to dig deep into the emotional lives of their characters. In theater, there is a process called table work, where before you even get up on your feet, you sit together and read and analyze. In doing that, we were able to talk at length, and meaningfully, about every page of the script: what it meant, where it came from, literal vs. cinematic. I truly believe that when actors know the nooks and crannies of what they are delivering, they are better prepared, and have no reservations about coming to set and doing the work.

What is your favorite Aretha Franklin song?

My favorite song by Aretha is "Ain't No Way," so I knew that had to be in the film. As a little girl, I listened to Aretha and became obsessed with her. There was so much emotion in her music. I would listen and sing along, and was taken with the idea of feeling things that deeply. Aretha's music instilled in me a desire to feel things that deeply — love, heartbreak, anger, sadness, happiness. I remember listening to "Dr. Feelgood" repeatedly because it was so saturated. I wanted to hold onto that initial feeling I had when I first listened to her music and put that into the movie.

Your journey since working off-Broadway has been pretty explosive — how do you manage the flow, the pressure, and work ethic?

I have an incredible producing partner, Jennifer Mudge! She's not only my business partner but my best friend, as well. She helps me manage the flow of incoming projects, and we serve as creative sounding boards for one another.

This movie was simply stunning. Jennifer Hudson's performance was otherworldly. How was it working with Ms. Hudson?

Not only does Jennifer have a knockout voice, but she also has an extraordinary emotional capacity. Aretha gave me a gift when she chose Jennifer to play her. It's not just about the voice; it's about the essence — and Jennifer has that. She really dove into the character and went there.

What's next for you?

I'm working on the film adaptation of Trevor Noah's book Born a Crime, as well as a Beauty and the Beast prequel for Disney+.

After seeing the movie, Tommy's direction is brilliant. The film from the first word of "RE" to the last word of the film, "home," is deeply rich and not unlike the sequence paintings we see in Jacob Lawrence's "Migration Series," where many scenes feel like a cross between a self-contained multi-layered painting and the intimacy and nuance of an off-broadway play. Hudson was perfectly over-perfect. Her capture of Aretha made me remember how sexy and classy she was in the '60s. The writing made me remember how complex and the activist she was. And the production and costume design made me jealous that I was born at the wrong time. And it was so nice to see the reference to Joe von Battle's Record store, where Aretha pressed her first gospel record. I know Marsha Battle Philpot, aka Marsha Music, daughter of Mr. von Battle, and writer and Detroit arts advocate, will be pleased.

This film is a work of art that is deeply musical, and magically balanced. It's not only an incredible tribute to Aretha, or the great city of Detroit that produced her, but also to the Black American music that has inspired our collective humanity to survive, to heal, to create, and to thrive in the complicated co-existence of pain and joy, bondage and freedom, and contempt and respect.

The Queen of Soul would be very proud.

Respect is in theaters Friday.

Following the rise of Aretha Franklin’s career from a child singing in her father’s church’s choir to her international superstardom, RESPECT is the remarkable true story of the music icon’s journey to find her voice.

John Sims, a Detroit native, is a multimedia creator, writer, and activist, creating projects spanning the areas of installation, text, music, film, performance, and large-scale activism. His main projects are informed by mathematics, the politics of sacred symbols/anniversaries, and the agency of poetic text.