Ask a Juggalo: What's a Juggaho? 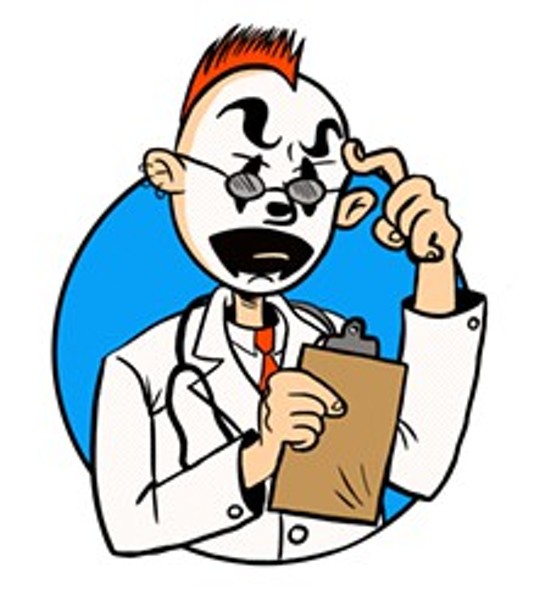 Vinnie Monastiere, 34, is a longtime Juggalo living in Roseville. He's better known as Vinnie the ICP Kid, who was interviewed in his bedroom "museum" in the 1997 ICP film Shockumentary.

Q: What is a Juggaho?

A: Oh, boy. There's some that are out there, I hate to say it, man. Juggahos are just a real shitty Juggalo wannabe. Little creatures and gremlins; they creep around, and they're just like parasites. They claim to be trying to fit in, and they claim to be trying to be down, but these little monsters — they're out there — you gotta watch out for them. They infiltrate and show up at shows trying to start shit. They might just be shitty to each other. They might be petty thieves. They could be a terrible catastrophe if, say, some evil bastard, let's say at the Gathering of the Juggalos, where there's a lot of trust and great things that go on. You gotta watch your ass because some Juggaho will go rooting through all the tents acting like a miserable scum bucket. It's like anything else in life: You've got these fuckheads everywhere and they're few and far between. You've just got to steer clear of these idiots.

A: I would consider a Juffalo to be someone who this week is walking around extremely gothic, and the next week they're preppy, and the next week they're walking around as a skater, and the next week they're walking around all about glamor. Just over the top. The next week go and spend $600 on their parents' credit card on hatchet gear; they're just decked out head to toe, brother. From the hatchet man Speedo to the luxurious Leisure Suit Larry-esque robe. They've got the full-blown Juggalo spats all the way to the Juggalo suspenders on. And if those things aren't currently in production, I'm sure they will be at some point. That's all I'm trying to say. Somebody who doesn't really embrace or enjoy the music for what it is, or the entertainment or way of life: They're just being a poser, man. Juffalo is nothing more than another way of saying poser.