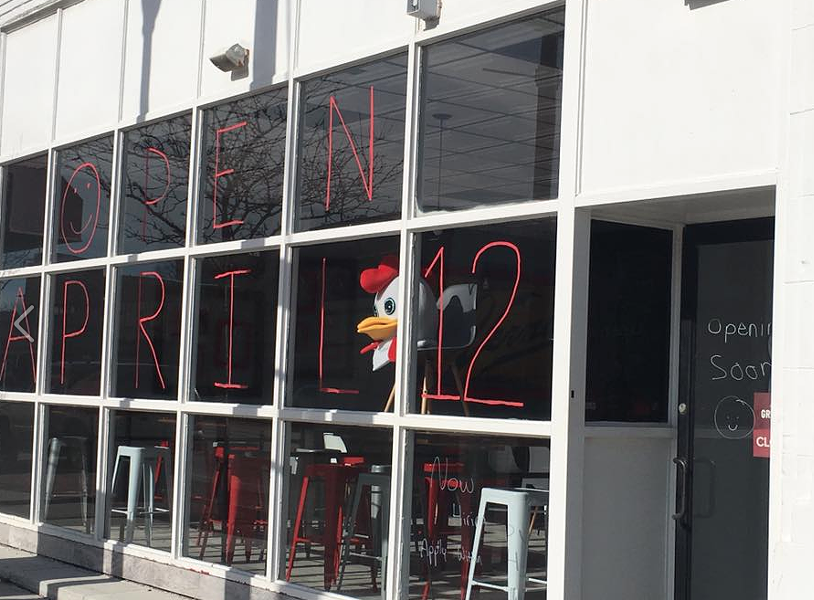 The long wait for Atomic Chicken's New Center location is nearly over. A large sign on the window proclaims that the chicken shop is scheduled to start serving on April 12.

The restaurant, which is opening in a former Popeyes at 6500 Woodward Ave. near Milwaukee Avenue, is the second in metro Detroit - the first opened in Clawson early last year, though it's closed for the season.

Two Atomic Chicken locations to hatch in metro Detroit this spring
'Chickens with Attitude' are headed to metro Detroit.
By Serena Maria Daniels
Table and Bar

First Taste: Atomic Chicken opens in Clawson
This is what we call carryout with attitude.
By Serena Maria Daniels
Table and Bar