What do their visions mean to Election 2012? 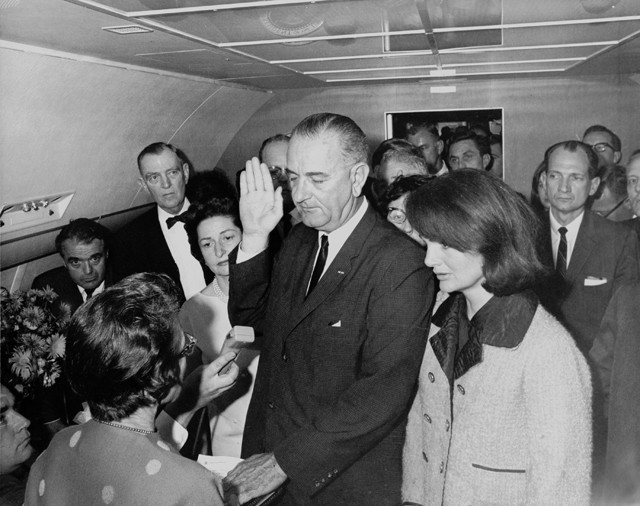 Confession time: I too was once attracted to Ayn Rand's nutty philosophy, for maybe a week. I read The Fountainhead and slogged through Atlas Shrugged, and was impressed.

What I admired about her novels — called "mesmerizing nutworks" by one forgotten reviewer — was that they celebrated self-reliance and believing in yourself. Like most teenagers, I found her attitudes toward religion and conformism compelling as well.

Her taste in sex did make me uneasy; her ideal seemed to be: Boy meets girl; girl tries to destroy him; boy beats her up and rapes her; girl follows him anywhere. But I still found her inspiring.

Then, however, I turned 17. I realized that in an Ayn Randian world lots of people would never have a chance to go to college, to get ahead, and most of the weak would be left to starve.

There would be no protection for those victimized by racism or sexism. Gradually, I mostly forgot about Rand and her nutty vision.

That was long ago, and she's been dead since 1982. A lot is now known about her bizarre personality. The former Alisa Rosenbaum was as tyrannical in her own way as the Stalinists in her native Soviet Union. Those in her movement who dared to disagree with her, even on small points, were denounced and expelled from her circle. She pretty much compelled a much younger follower to become her lover and, when that ended, tried to destroy him too.

Nice lady, whose worship of the cult of pure "reason" somehow didn't prevent herself from glorifying smoking and killing herself as a result. Yet her influence now seems to be growing.

Most significantly, Paul Ryan, the designated Republican candidate for vice president, a few years ago made a speech and said she was the "one person" who got him into politics.

"I grew up reading Ayn Rand, and it taught me quite a bit about who I am and what my value systems are," he said. "It's inspired me so much that it's required reading in my office for all my interns and my staff."

He now prudently denies all that, and, as a good Catholic boy, denounces her atheism.

But there's substantial evidence that he is still a Randian when it comes to society. The famous, or infamous, Ryan-proposed budget is one that might make the old girl swoon. It protects the rich and robs the poor. It would essentially end Medicare as we know it.

Millionaires would get big tax cuts. The poor and the middle class would get the back of his hand. Republicans are trying to reassure voters, saying President Romney would have his own budget, not the Ryan budget. Romney, they say, would be calling the tune; vice presidents head commissions and go to funerals.

True. But vegans, as a rule, don't hang out with butchers. Why did Romney pick Ryan if he doesn't agree with the brash young ideologue on economics? In any event, Ryan, who was born in 1970, would be one of our youngest vice presidents, and the clear favorite to be the GOP presidential candidate when Romney is done.

Whatever his motives, he doesn't think government should help the poor. Many cold and mean-spirited people don't. They forget what things were once like in this country. Once upon a time, we had leaders who did care. We probably escaped some form of fascism or Soviet-style state socialism in this country (so far) because of a few far-seeing leaders, first of all, Franklin D. Roosevelt. Toward the end of his life, Gore Vidal accurately said of FDR that he should be remembered as the man who saved capitalism from itself.

FDR began some of the social programs — Social Security, for example — that allowed those who were cogs in the capitalistic wheels to have a safe and secure old age. He was able to set up tools and agencies, like the Securities and Exchange Commission, to prevent capitalism from devouring itself, the people and the planet.

Lyndon Baines Johnson was next. Much reviled, the architect of a war that tore this country apart and destroyed his administration, LBJ nevertheless gave us Medicare and Medicaid and a string of civil rights bills that finally allowed everybody to be fully American.

Robert Caro has devoted much of his life to writing a spellbinding biography of LBJ. If you read only one nonfiction book this year, I'd recommend his latest volume, The Passage of Power.

Ironically, earlier I had been engrossed in Stephen King's amazing latest novel, 11/22/63, in which a time traveler from the present manages to go back in the past and prevent the Kennedy assassination. But when he returns to the present, he is struck with horror. In the novel, Kennedy fails to get any civil rights legislation through Congress, which results in war in the streets.

That leads to George Wallace's eventual election, and far worse to come. Horrified, the time traveler heads back to undo the damage.

The master of horror did his homework. Historian Caro is also convinced that the civil rights laws we take for granted could only have been passed by LBJ, a fundamentally flawed and corrupt person who, for whatever reason, sincerely cared about the downtrodden.

"Ruthlessness, secretiveness, deceit — significant elements in ... Lyndon Johnson's life story," he concludes. But there were other elements — "anger at injustice, sympathy, empathy, identification with the underdog" — that led, thanks to his brilliant mastery of the machinery of government, to programs that transformed the nation.

Some of these programs were flawed. And they didn't go far enough or have long enough before Vietnam got in the way, and generations of Republicans since have eroded them.

Yet few of us can imagine living without Social Security, Medicare and Medicaid. Mitt Romney and Paul Ryan, however, can.

Javan Kienzle, whose late husband Bill used to write fiction as compelling as Stephen King's, sent me a fascinating essay that appeared in The Washington Post last week.

Back in 1968, the author, James Roumell was a poor elementary school kid growing up in a broken home in Detroit and eating cereal for dinner. He wrote this essay because Republicans have been attacking President Obama for saying, "If you've got a business, you didn't build that." What the President was really saying was that society and — shudder — the government build the roads and bridges and infrastructure that make any business possible.

Roumell knows all about building something. Today he has an assets management firm worth $300 million. He has worked his fingers to the bone — but says he couldn't have done it on his own.

"My business has been made possible," by government acts allowing a financial services industry to emerge, he wrote.

"I went to college with the help of Pell grants and government loans," he says. "The countries that spend the least on government as a percentage of their economy are countries with little business success." Roumell understands what Obama meant when he said, "If you were successful, somebody along the line gave you some help."

Like Rand, Ryan and Romney don't understand. Romney had a rich, politically connected dad who paid for him to go to Cranbrook. Ryan has a trust fund, and has had no job except for Congress since he was 28; he was an aide to other politicians before that. They don't understand that we are all in this together, and that government is how you create a civilized society. Roumell, who probably has worked harder than they have, is anchored in reality.

Imagine if the Republicans were smart enough to nominate him.