The underworld was never so cool 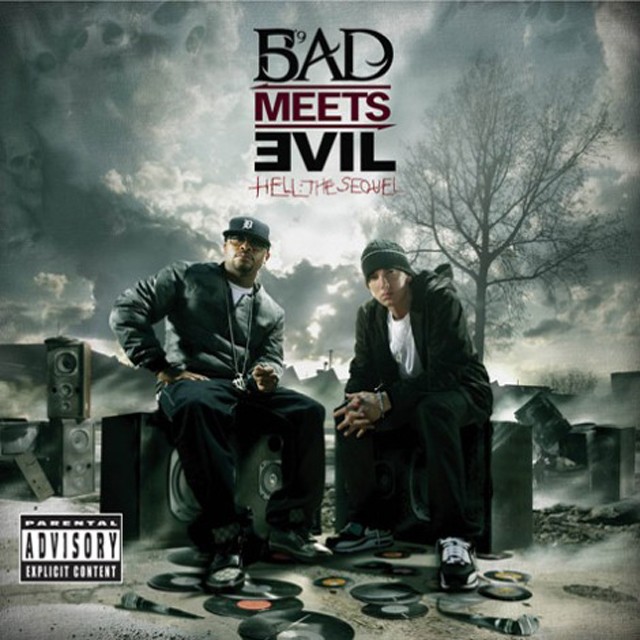 Eminem and Royce Da 5'9" first appeared together on The Slim Shady LP, and it's been more than a decade since their last official collaboration. So it was hard to guess if Hell: The Sequel would be a sell-out or stay true to the twosome's roots — foul-mouthed, malevolent and delightfully discourteous.

But the results are mixed: moments of raunchy brilliance are offset by lyrical and conceptual disappointments.

The first single, "Fast Lane," is a highlight. Royce drops in, hittin' it on the first verse and staying true to style — aggressive, articulate and angry — setting up a mid-verse handoff to Em, who keeps the energy going and calls out celebs such as Nicki Minaj. It's a fine, time-honored concept for a rap single — you know, a feel-good tune about the pleasures of life on top — that warns potentially plotting rivals while celebrating Royce's rise to prominence. The track features a cool Nate Dogg-esque melody sung by Sly "Pyper" Jordan.

Cuts such as "Take From Me" and "Above the Law" are enjoyable (musically) and the beats canvas nicely, but the verses don't always coalesce and you're left wondering where's that epic sound? The hookless "Loud Noises" guest stars members of Royce's other project Slaughterhouse (signed to Shady Records in January) and provides mischievous fun, heavyweight Crooked I is especially impressive.

Hell: The Sequel feels like a short mixtape, not a finished studio album (only nine tracks) but that doesn't undermine the quality production from Mr. Porter, Bangladesh and Havoc from Mobb Deep.