Bend Me, Shape Me

The mayoral race in Detroit. 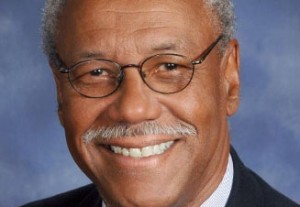 In “Bending the Rules Has Failed Us” (June 5), Larry Gabriel was spot-on with his assessment of the mayoral election: Tom Barrow’s calling out Duggan in his failure to meet the Detroit residence rules calls attention to a rather sleazy, last-minute move to the city in order to run for mayor. Excuse me, but isn’t the mayor supposed to have a genuine interest in the welfare of the city?  Oh, wait. That rule has already been bent. Our current mayor, if memory serves, did the same thing. And look what we have.

And speaking of rule bending, our emergency manager seems to be doing his part, according to Curt Guyette’s investigative look at the application of the federal code’s bankruptcy laws.

Putting up the DIA collection as an easy source for paying off our debts, it seems, is illegal.  But who’s to notice?  Let’s do what’s necessary to take over Detroit, destroy its few remaining unions, sell off its assets and reap the benefits. (Was the ER sabre-rattling?)

Our state and local politicians, it seems, use the Obama administration model, as it shreds the U.S. constitution and the Magna Carta that stated in the 13th century such rights of due process, innocence until proven guilty and other such currently ignored principles.  Just bend the rules or ignore them until somebody says, No. You can’t do that. Power, whether it’s in Detroit or the United States, corrupts. (I didn’t make that up.)

I’m grateful every day to the people who get into the streets, sign petitions, shout out their outrage, blow the whistle (the latest hero: Edward Snowden) or write hard-hitting articles like the ones in the current MT.

Somebody said once that the price of liberty is eternal vigilance. So, thanks.

With all due respect, the facts about Mike Duggan in this article just simply aren’t correct. The residency filing deadline was May 14, not in April. Therefore Duggan lived in Detroit for over a year prior to the deadline. Duggan filing his petition paperwork a month early on April 2 wouldn’t disqualify him because one has to have lived in the city for a year prior to the filing deadline, which he has. Barrow’s claim doesn’t hold water, and he’s just trying to score easy political points. Anyone who has ever been in the same room with Tom Barrow (like I was at the Mayoral Forum on Tuesday, June 4) knows he’s divisive, and panders to the lowest common denominator always. Duggan is a legitimate candidate, and Barrow is full of hot air.

I am grassroots mayoral candidate Jean Vortkamp (not Vorthcamp, as in your article). I would like to thank you for even [mentioning] my name in the paper. Having gone to two mayoral panels so far, I too am sad that the media focus is on just a few candidates. There are many kind people running who should be acknowledged.

I was an intern at Metro Times under Toni Swanger. I used to take the DDOT down there when I was in high school. I learned a lot from this one hippie who proofread with me. I was also taken to hear Alexander Cockburn speak as a teen. My life in Detroit has been rich and it shaped my unique views.

Erratum: In last week’s column “Bending the Rules Has Failed Us” by Larry Gabriel, it was erroneously reported that the filing deadline for Detroit mayoral candidates was April 14. In fact, the deadline was May 14. We regret the error and apologize.