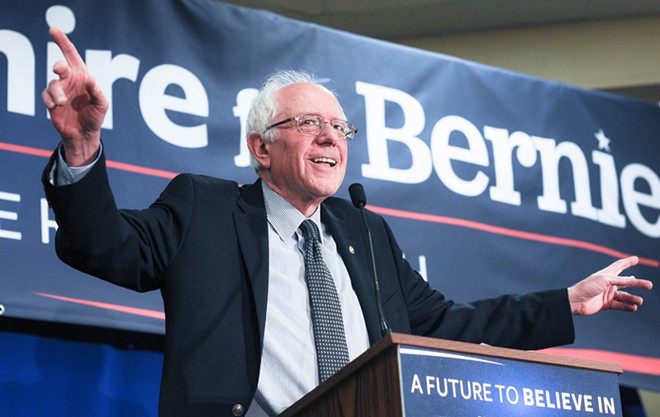 Most folks know that 2020 Democratic presidential candidate and Vermont Senator Bernie Sanders favors marijuana legalization. On Thursday, at 4:20 p.m., he unrolled details of his plan on how to do it.

Sanders' plan not only ends marijuana prohibition, it's something of a Marshall Plan for people and communities devastated by the "war on marijuana." It would set up a $20 billion grant program within the Minority Business Development Agency with revenues from legal marijuana. It would also provide formerly incarcerated individuals with training and resources to start their own businesses, create programs to start urban and rural farms, vacate and expunge all past marijuana convictions, and "ensure that legalized marijuana does not turn into big tobacco."

"When we're in the White House, we're going to end the greed and corruption of the big corporations and make sure that Americans hit hardest by the war on drugs will be the first to benefit from legalization," Sanders said in a statement.

Sanders will hold a rally in Detroit with Rep. Rashida Tlaib on Sunday at Cass Tech High School. Doors open at 3:30 p.m.; attendees are encouraged to RSVP here.

Related Rep. Rashida Tlaib to rally with Bernie Sanders in Detroit on Sunday

Rep. Rashida Tlaib to rally with Bernie Sanders in Detroit on Sunday
By Steve Neavling
News Hits
It's a new era for marijuana in Michigan. Sign up for our weekly weed newsletter, delivered every Tuesday at 4:20 p.m.