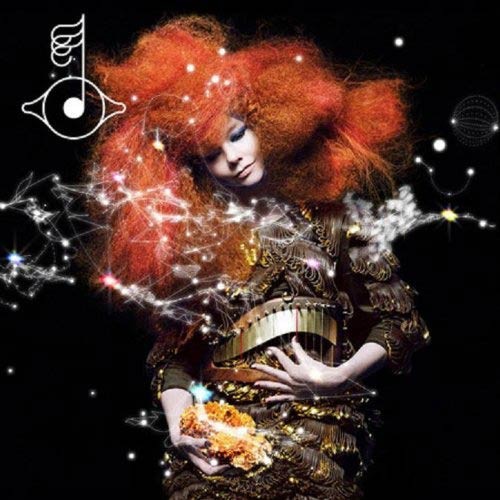 The breadth and outlandishness of Björk's multimedia project Biophilia makes it easy to forget that it's really just a collection of songs — ten adventurous, multilayered new one by an artist for whom those attributes are status quo. Like her prior full-length, 2007's Volta, the new material is a condensation of her first decade of aural stunt work; the tracks still go off on thrilling, surprising tangents, but Björk has little left to prove as a producer or songwriter.

What makes Biophilia a pleasure, then, is detail. Overflowing with good, bad, and bizarre ideas, the album rewards intense concentration, particularly when seen as a paean to science as art. It may be absurd to use a Tesla coil as an instrument (on the aptly titled "Thunderbolt"), but it's a neat trick, as are the songs structured around lunar cycles and tectonic activity. But it's the raw beauty of Björk's singing, and the seductive thrust of the melodies (her best since Vespertine) that linger — the swirling vocals on "Moon" and the celebratory percussive attack that closes "Crystalline" will assure Biophilia's place in fans' hearts more than any iPad app experiment could.