Black Friday, ponytails with leather gloves, the Sonics, and more 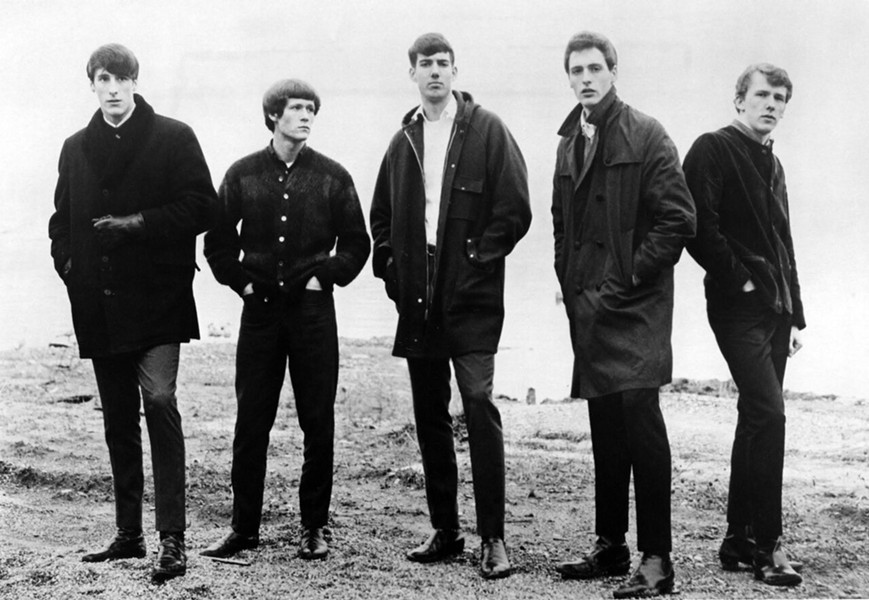 We haven't done a "record store spotlight" in a few months, but that doesn't mean there isn't a lack of news on the Detroit record store front.

First, to the rumor mill: We hear there is a new store on Woodward Avenue, somehow adjacent or above Roby's Shoes on Woodward at Milwaukee, at the north end of the Cass Corridor. We hear it's by appointment only, or maybe it's not really open yet. The news might be a cruel hoax, like that time your second-grade classmates tricked you into going into that prickly bramble bush by saying there was a secret entrance to a bat cave at its edge. If anyone has news, please let us know.

But if there is a new store on that blessed avenue of eternal construction, that would mean there are three new record stores in town this year. First, of course, is the new Third Man in the Cass Corridor; for information on their opening day extravaganza, check this issue's "Livewire" events section. Secondly, a few months ago Inkster got a groovy and roomy store called the Sound Explosion, which we'll be reporting on in the future. It's located at 3751 Middlebelt, Inkster; 734-729-0398. We've only been once, but the store definitely has a lot of character, with solid racks filled with rock, jazz, and many rows of old-school R&B LPs.

And finally, Hello Records opened its second store, Hello Again, on the east side two months ago. The store, located at 14401 E. Jefferson Ave., Detroit; 877-475-7274, is well-designed and already loaded with great records, as you'd expect. Conveniently, it's located next to the delicious pastry and coffee spot, Coffee And (___). They have a vintage Frogger machine, as well.

Peoples on Woodward closed at the end of this summer, in case you didn't know, which means the Gratiot Avenue location adjacent to Trinosophes, also home to the MAHS music museum, now has the entire consolidated stock of both stores. You've never seen so many 45s. And for the first time, the store is open every day of the week (in addition to select Trinos event nights, which is amazing and we hope that you do buy records there on show nights to encourage them to continue this killer service — then again, we think record stores should all be open 24 hours). Peoples is located at 1464 Gratiot Ave., Detroit; 313-831-0864.

This kind of new growth is so rad. When you factor in that the metro area has also gained two new clubs in as many years (UFO Factory and Marble Bar), with a rumored large venue to open in Southwest Detroit next year, the local music/record scene is looking far better than the dark times just prior, when Car City, May's, the Record Collector, and Young Soul Rebels all shuttered.

After reading their explanation (RSD is a "holiday"?), we're actually more confused. But we did check in with area stores about their plans for this blackest of Fridays.

Windy Weber at Stormy Records says "the item we are really excited about is the Sonics LP box set The Sonics 50th — all their LPs plus bonus stuff. It's beautifully packaged and of course the music is great! As for the shop, we are celebrating the store and not the new releases for the day. We just bought a 10,000-piece collection of rockabilly, soul, psych rock, blues, and private press LPs, and will be unleashing a large number of those on Black Friday.

Over at Street Corner, Aaron Anderson is most excited about the compilation Color of Noise: The Amphetamine Reptile Records Story. The store will open early at 9 a.m. "To help ease the pain of waking up at an ungodly hour the day after the biggest eating throwdown of the year, we'll have coffee, doughnuts, and quick, friendly service," he says. "We hate lines as much as you do and our mission is to eradicate them as quickly as possible. Along with being fully stocked on RSD Black Friday releases we'll be putting out roughly 1,000 fresh used records that morning. We know we're not the only store you need to visit on Black Friday, but we should be your first."

Sam Hooker at Peoples says, "I was a big fan of [owner Brad Hale]'s comments on the last one, when he said that 'every RSD release features the Satanic bar code mark of the beast, and we have never and will never participate."

"We really have not chosen one title as of yet," Carl Lundgren at Melodies & Memories says, "but you may be interested in the event we are hosting on RSD. Louder Than Love: The Grande Ballroom Story director Tony D'Annunzio will be taking orders at Melodies & Memories for the presale event of his DVD documentary, and signing posters."

"As a record store employee I have to go with the High Fidelity soundtrack re-issue release," Marianna Vermiglio from Found Sound says. "It only makes sense. Every single person who has an overenthused passion for music would preach that at least one song on this compilation defined a pivotal moment in their lives. Although the CD version is found for 50 cents at most record stores, the vinyl is in the Piper at the Gates of Dawn category — hard as fuck to find. What's great about this release is that it comes at the time of vinyl dominating most physical formats of music, which parallels with the movie's contents completely. But that also means if you buy this soundtrack at a big-box store, you are that douche with a ponytail and leather gloves."

We reached out to Solo Records and they said that "us girls at Solo are looking forward to the gold vinyl issuing of the B-52s' Live! 8-24-1979 LP. The B-52s are a fantastic party band and one group that gives all three girls at Solo very fond memories. It's fun, clever, exciting music that just brings everyone together. We're very excited to see everyone on Black Friday and on top of the new vinyl releases, we will have RSD tees and sweatshirts."

Scotty Hagen, who manages UHF, is also looking forward to the Sonics box set. "I mean, come on — their first two LPs are essential for any real fan of rock 'n' roll! The howling passion of Gerry Roslie's vocals and Larry Parypa's wild guitar playing are just plain otherworldly. Having all the good stuff in one box set is a total treat "

"We're excited about the Third Man's Tamla R&B 45 re-issues," Wade Kergan at Hello Records says, "and their grand opening with the Gories! We welcome New Detroit's shift to a record based economy."