Blunders at the morgue 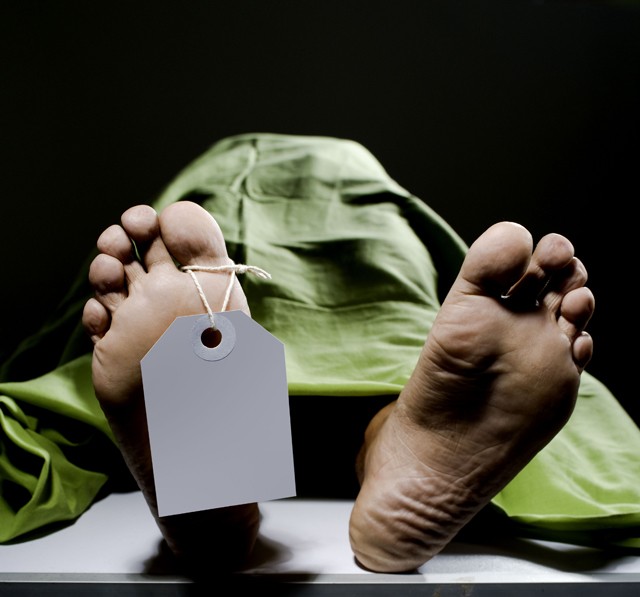 It's been reported that some Macomb County prosecutors teasingly refer to Dr. Daniel Spitz as "Doc Hollywood" because of the face time the county's medical examiner gets discussing criminal cases on television shows.

But the bit part he plays in a yearlong investigation by the nonprofit news organization ProPublica, in partnership with the PBS program Frontline and NPR, puts him in a role he'd no doubt rather avoid.

The report, titled "Post Mortem," offers a disturbing look at coroner and medical examiner offices around the country. The investigation found a "deeply dysfunctional system that that quite literally buries its mistakes."

"In detective novels and television crime dramas like CSI, the nation's morgues are staffed by highly trained medical professionals equipped with the most sophisticated tools of 21st century science. Operating at the nexus of medicine and criminal justice, these death detectives thoroughly investigate each and every suspicious fatality," the group's report begins. "The reality, though, is far different."

It goes on say: "Blunders by doctors in America's morgues have put innocent people in prison cells, allowed the guilty to go free, and left some cases so muddled that prosecutors could do nothing."

Spitz's screw-up earned mention near the top of the ProPublica report, which noted that last year "a doctor in a suburb of Detroit autopsied the body of a bank executive pulled from a lake — and managed to miss the bullet hole in his neck and the bullet lodged in his jaw."

"I thought it was a superficial autopsy," David Balash, a forensic science consultant hired by the Macomb County Sheriff's Department to evaluate the case, told ProPublica's reporters. "You see a lot of these kinds of things, unfortunately."

In November, Spitz was called before the Macomb County Board of Commissioners and asked to explain how he could have so badly botched the autopsy of banker David Widlak.�

It didn't help that he seemed to imply that the fault lay with the morgue's equipment, and that a better X-ray machine in Oakland County allowed the examiner there to discover the wound in the badly decomposed body. He later backed away from that, saying the county's nearly $3 million morgue — which he helped design — is adequately equipped.

Even so, the facility is not accredited by the National Association of Medical Examiners, a nonprofit group that inspects and accredits coroner and medical examiner facilities. In that sense, though, the Macomb morgue is far from alone. According to one news report, neither Wayne nor Oakland counties' morgue operations have received accreditation, which is not mandatory

Last month, The Detroit News reported that the number of autopsies Spitz conducts each year exceeds national standards. The National Association of Medical Examiners recommends that autopsies conducted by forensic pathologists shouldn't exceed 250 to 325 annually. Spitz told the paper he performs about 400 autopsies a year.

Spitz, who earns more than $200,000 as the county's medical examiner, also contracts with St. Clair County. That contract earns him an additional $94,000 annually. In addition, he is paid a per-hour fee by the Macomb County Prosecutor's Office when called upon to testify in court.

He has denied that the number of autopsies he conducts — double the load of Oakland County's five pathologists, according to the News — played a role in his failing to determine the true cause of Widlak's death.�

Instead, Spitz says, the error was an isolated incident.

The Macomb County Sheriff's Office has determined Widlak's death to be a likely suicide, but his family is challenging that view.

The consequences of bungled autopsies are severe indeed, ProPublica reports.

The "Post Mortem" series of six stories and the related "Frontline" documentary can be found at propublica.org.