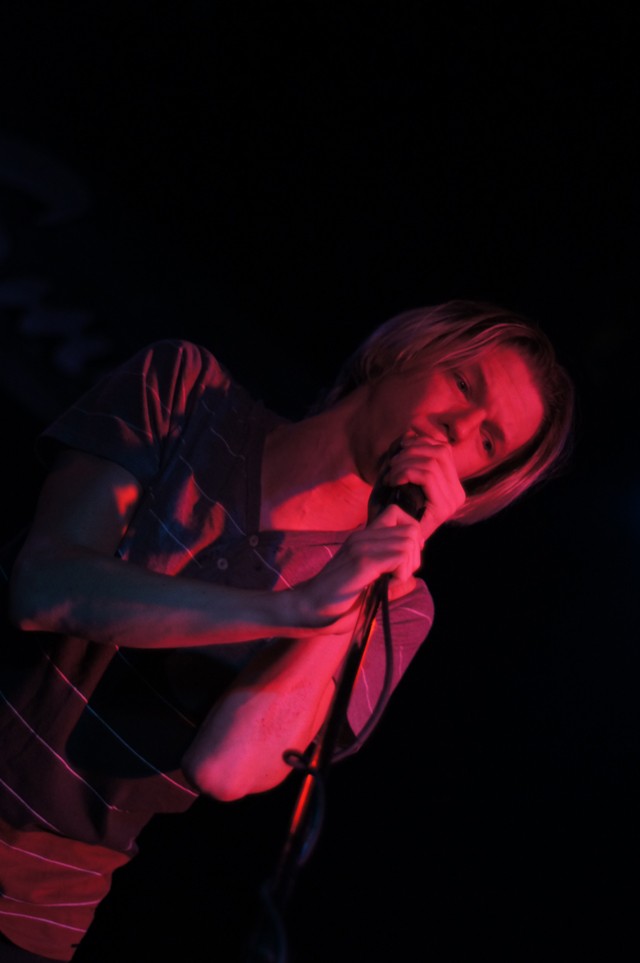 Detroit needs another bridge across the river, yes, but a fledgling record label thinks we could also use another kind of bridge linking up some of the city's disparate creative cliques.

Ferndale-based Dead Letter Office is led by 20-something singer-songwriters Brandon Frye and Kyle McBee. They see this label, launched late last summer, as an opportunity not just to support fellow underdogs (as Frye puts it) but to ask (as McBee sees it) why aren't we, this mad cluster of bands, getting together?

"I don't expect us to magically get rid of cliques or any infighting behind the scenes. That's too idealistic," says McBee, a lean, lively frontman who's howled for a handful of short-lived local projects over the years. But here's what he thinks might be possible: "Bridging some gaps, bringing people together, and reminding everyone that we're here to party and we're here to create. Well, probably in reverse order."

They're not trying to run Dead Letter Office as a collective. This is still very much Frye and McBee's personal realization of their very own Dischord or SST-esque DIY sonic documentations. But they launched with a different idea: To also curate a monthly subscription-based cassette club, dependent, albeit, on the pair receiving or gathering enough demos from interested musicians.

They want "anyone and everyone, different bands, different styles, who might not be on our label-roster properly," McBee says, and then their clique-spanning compilations can "reach out to everyone in the community. It's a way of getting bands interested in what everybody else is doing. 'Cause not everyone might be hearing the folk guys or the rock bands, not everyone has their thumbs in all of those pies as [Frye] and I do.

Punks, folkies, hipsters and rockers. Or, take a guy like singer-songwriter Mike Anton, a self-described "steeped in blues" type who also plays with both Frye and McBee in the pickup quintet the Factory Girls. Anton is one of a number of musical artists of varied styles billed for the Dead Letter Office's label showcase at P.J.'s Lager House this weekend.

Anton, a generation ahead of the D.L.O. duo, served as an inspiration for the label's archival leanings. Anton experimented feverishly with distorted four-track-captured patchworks in the early '90s. So McBee jumped on that angle: DLO could release a new album by the Factory Girls or by Frye's other band, Superbomb, next month, but then, also offer special "back catalogs" of songs that were never released by someone like Anton, (or any other band, really).

That was the idea, initially as the label takes its name from the U.S. Postal Service's resting place for undeliverable mail. Or, as McBee sings it, "the lost or unopened love letters." So DLO then extends beyond "bridging gaps" into rediscovering various bands' hidden treasures.

"It's refreshing," says Anton, invigorated by what's been one of the busiest years of his quarter-century of songwriting. He recently reunited the hazy-blazing folk rock quartet he fronted called the Mantons for a show at the Cadieux Cafe, and lately he's in the studio with McBee and Frye finishing a Factory Girls full-length.

This label showcase, ranging from electro-punk to psychedelic-synth-pop "throws different sounds from different people all into this sonic goulash," Anton says.

Frye, meanwhile, started his first band, called the Dead Letters, with McBee back in 2007; that group was "young, hungry and full of angst," he says. He then broke away to work on his own stuff for a few years, disillusioned by "the popularity contest" of the scene.

Frye came back last year to join Factory Girls resolved not to play the catty competitive games. "I play in these bands because I love the music, and I run DLO with [McBee] because I want to support them.

"We're both idea guys," Frye says. As Anton puts it, McBee's more the dreamer to Frye's steadier pragmatist. "But," Frye continues, "we both know how to get things done."

"Month # 2" of the subscription series will be in the mail soon and DLO is currently working with six different bands on forthcoming releases.

Now, artists attempting to be businesspeople could invite inevitable missteps, McBee self-deprecatingly predicts with a chuckle. Well, Frye says, "Things are still in the planning stages, but the outlook is bright."

This showcase, McBee says, is just the beginning.

Jeff Milo is a freelance writer. Send comments to him at [email protected]